Family comes home to missing roof, asking those responsible to 'admit it'

Someone had stripped all the shingles off of their home and just left. 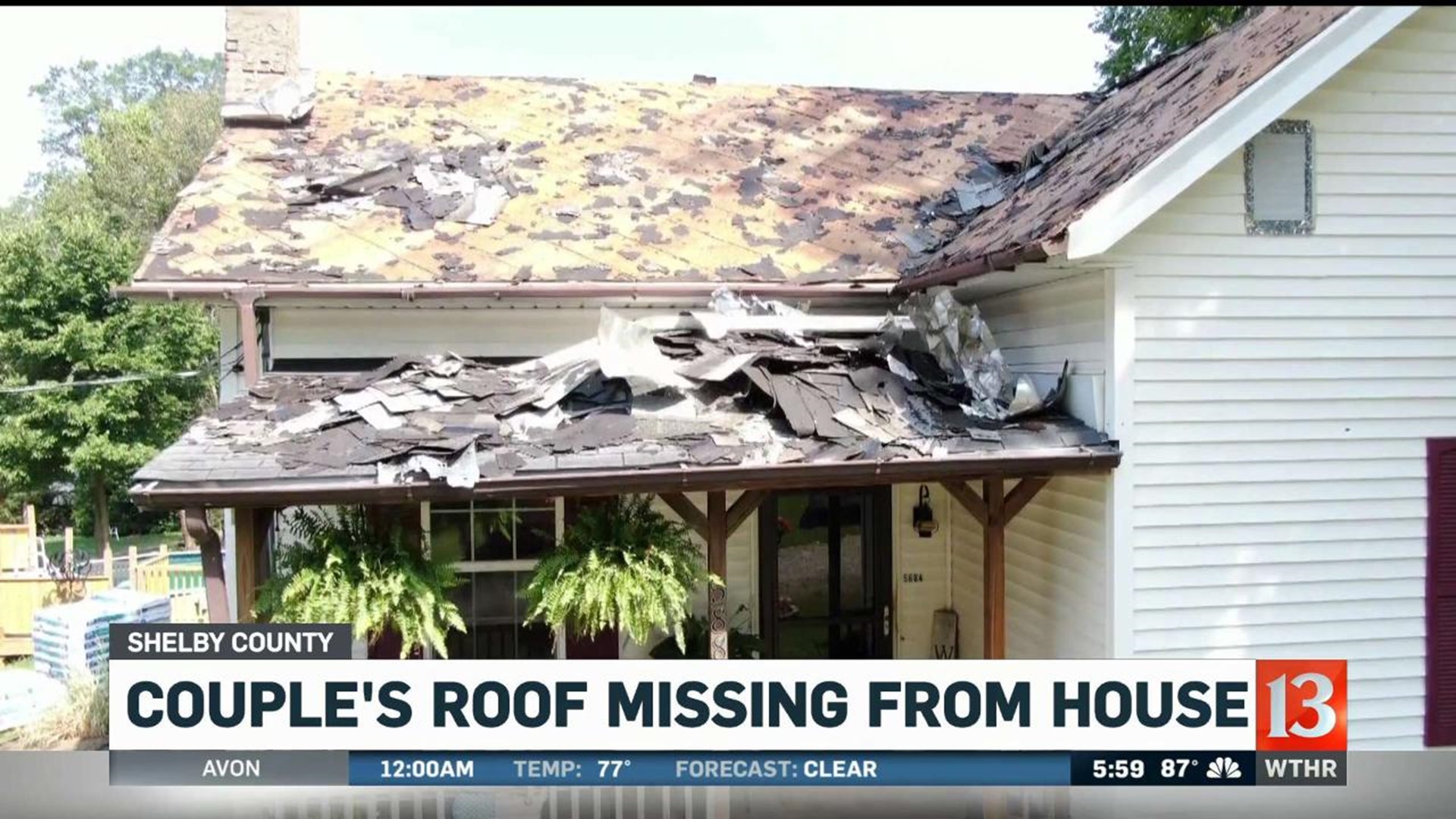 EDINBURGH, Ind. (WTHR) — A Shelby County couple is stunned at what they came home to following an overnight camping trip with their two teenagers.

As Kevin and Shellie Giles pulled up to their house late Tuesday morning, something big was missing.

"I was speechless," Kevin said. "We don't know who did it. They didn't leave a note or contact information."

Shellie said, "I wasn't sure if we had a storm or what happened, if someone vandalized or broke into the house as well."

Most of the shingles on their roof were gone. They had been torn off and left behind on the roof and the ground. It was a mess.

Kevin said while he too thought it was vandalism at first, "I don't think it's vandalism now. I just think someone got the wrong address."

He said three neighbors saw a roofing crew pull up around 8 a.m. They knew Kevin planned to re-roof the house a little at a time and had even bought some of the shingles. Seeing the crew, the neighbors thought maybe he hired a crew to do the work instead.

And Shellie said, when the roofers saw that stack of shingles near the house, "They assumed I'm sure that, 'hey this is the job site we're at.'"

Kevin said one of his neighbors saw, "a guy on the phone who motioned to one of the other guys on the roof. He was on the phone and told them to get on down and they all took off, so apparently they figured they were at the wrong location and left."

And they apparently left quickly, leaving behind some tools. The Giles filed a police report but really hope the contractor just fesses up and takes responsibility.

"I'm not mad all," Kevin said. "Everyone makes mistakes just come back and fix the problem."

Shellie agrees, "Make it right...this is costing us a lot of money out-of-pocket now and (insurance) deductibles and we're missing work."

The couple notes the situation could get a lot worse if the roof isn't replaced before the next rainfall. As of Wednesday afternoon they were still awaiting an insurance adjustor.

None of the couple's immediate neighbors were scheduled to have roof work done. The Giles hope if a homeowner elsewhere in Shelby County was, and the crew was late or didn't show up, that they please call the sheriff's office.