The family's current focus is on gratitude that no one was injured. 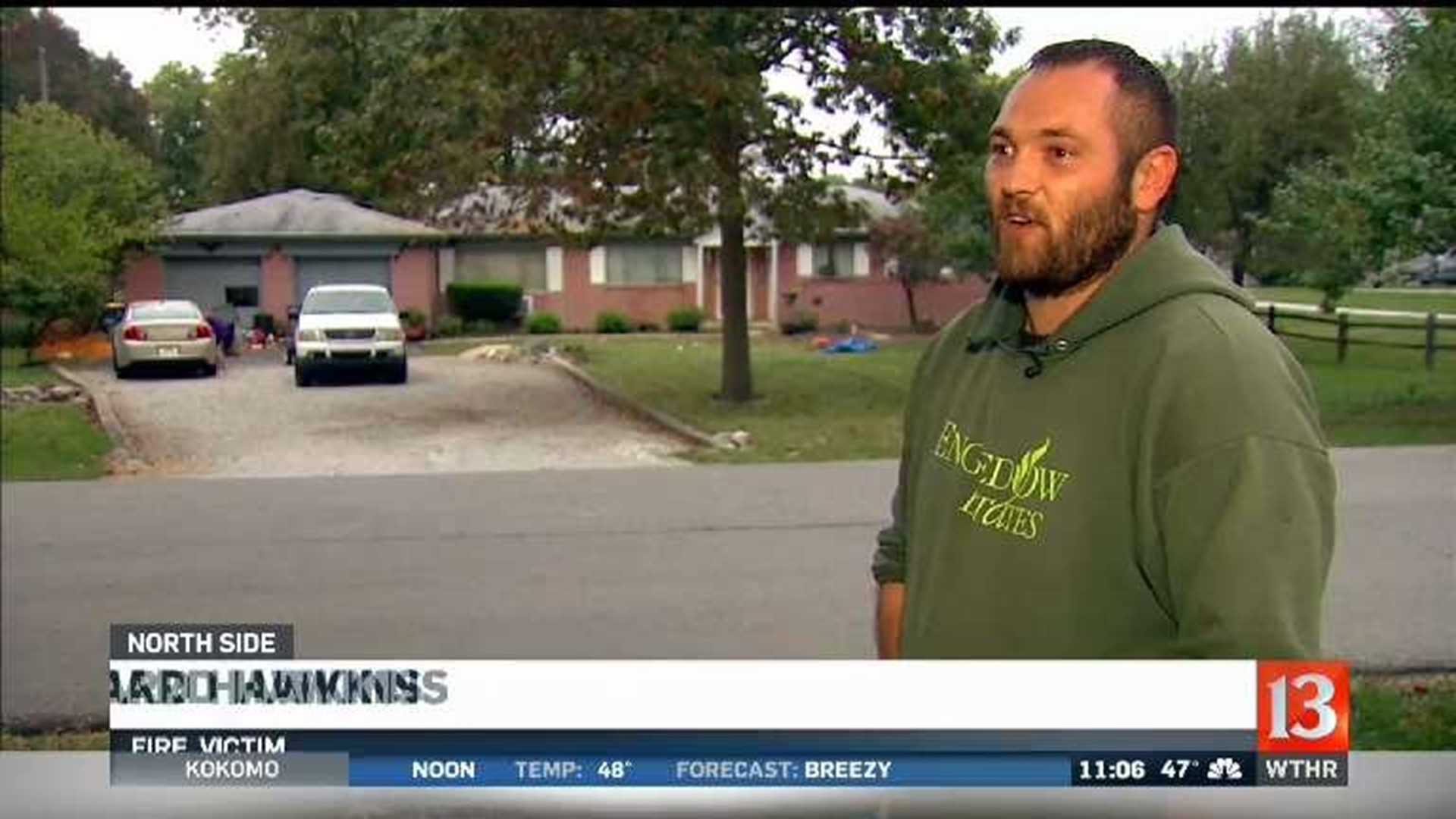 CARMEL, Ind. (WTHR) - Last weekend seemed like the perfect chance for Richard Hawkins to try out the wood burning stove in his garage.

"First time starting to get chilly from the nice weather," he said.

Hawkins, his wife, four kids and two dogs had just moved into their new rental on 101st Street a few months earlier.

Family of 6 loses everything in house fire. The Hawkins family woke up to smoke early Sunday morning. They believe their wood burning stove in garage started the fire. They didn’t have renters insurance. pic.twitter.com/bQOZ0u1GPp

That all changed early Sunday morning when the family woke up to smoke everywhere.

"I heard the alarm going off and I knew just instantly, so I just jumped out of bed and ran and got the kids and the dogs," said Kristie Hawkins.

"I ran to the back and seen it was a fire and tried to put some water on it from the hose, but she was yelling at me, 'It's too bad, get out!'" said Richard.

Fortunately, the entire family got out safely, but not before most of their belongings were lost to the fire or damaged by smoke and water.

"I'm just overwhelmed and shocked and upset and angry, a little bit of everything, really," said Kristie.

Adding to the family's stress is that they didn't have renter's insurance. Finding a place to live is their first priority.

"With no insurance, you feel like a fool. Everybody tells you to have insurance and you never think it's going to happen," Richard said.

"I gotta save up and I gotta find a place to live," said Kristie.

Right now, the family is just trying to focus on the fact that everyone is OK.

"Everything else you can replace, just not your family," said Richard.

Friends are helping the family raise money on social media.