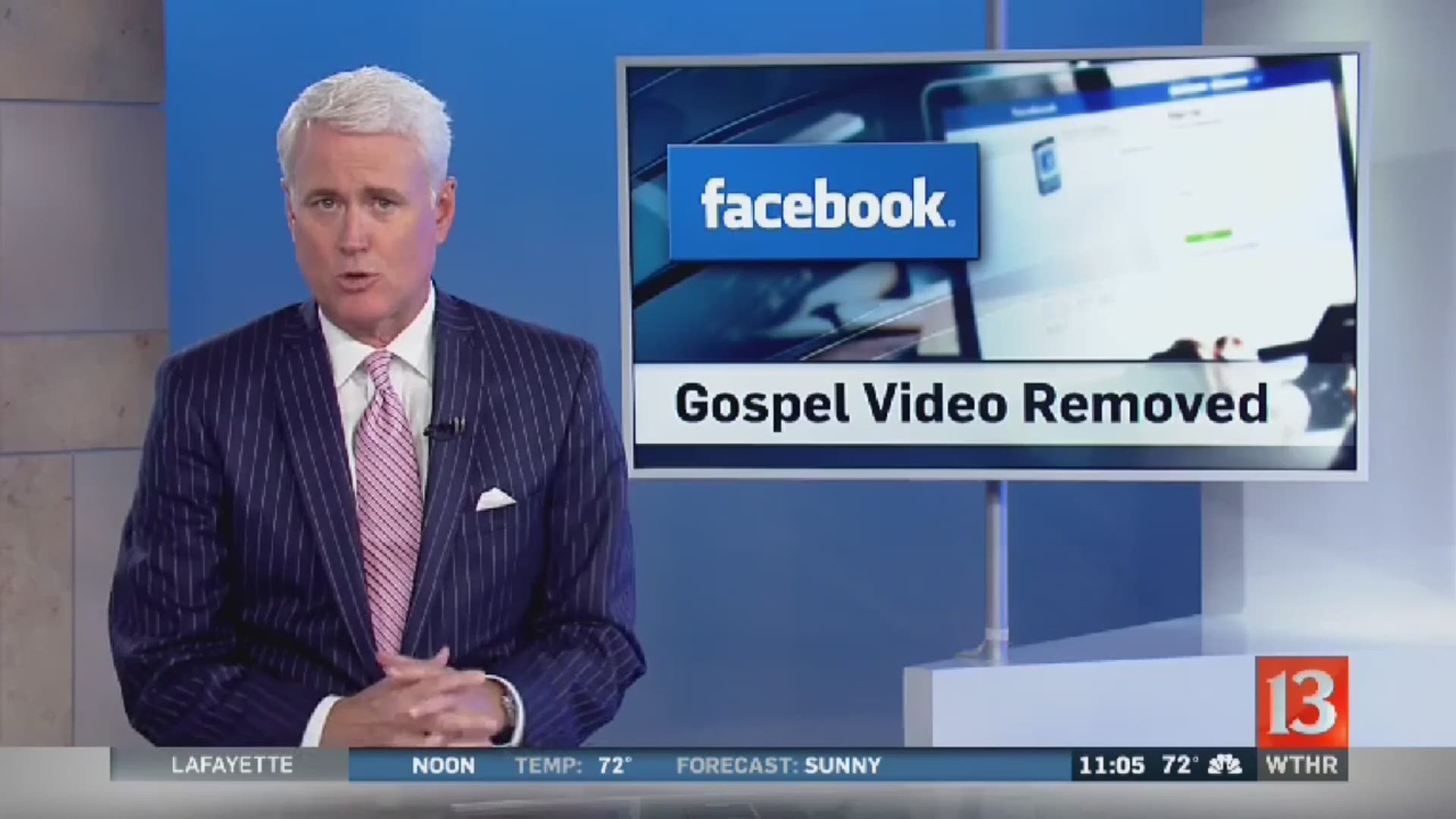 INDIANAPOLIS (WTHR) - A music video from an Indianapolis gospel group is back on Facebook after the social media giant took it down because they thought it was too "political."

"What Heaven Would Look Like" is from Zion's Joy.

The video includes scenes from the deadly protests in Charlottesville, Virginia.

Facebook's new algorithm flagged the video as "political content" and took it down.

"It was kind of shocking to us to have it taken down when we knew it was speaking to so many people and it makes people think too, it's a thinking kind of song," said Zion's Joy's Karen Hall.

"We had countless messages from people who said the song really ministered to them and touched their heart," said the group's Robert Stevenson.

On Thursday,Facebook sent an apology to the group and restored their video to their page.

The group told us they're glad they can continue spreading their message of unity.

The group is no stranger to the spotlight. They were the opening act at the "Circle of Lights" on Monument Circle in 2015.