You've seen all of the TV commercials and heard the debate about when or if Indiana Senator Joe Donnelly would meet with the President's Supreme Court nominee. 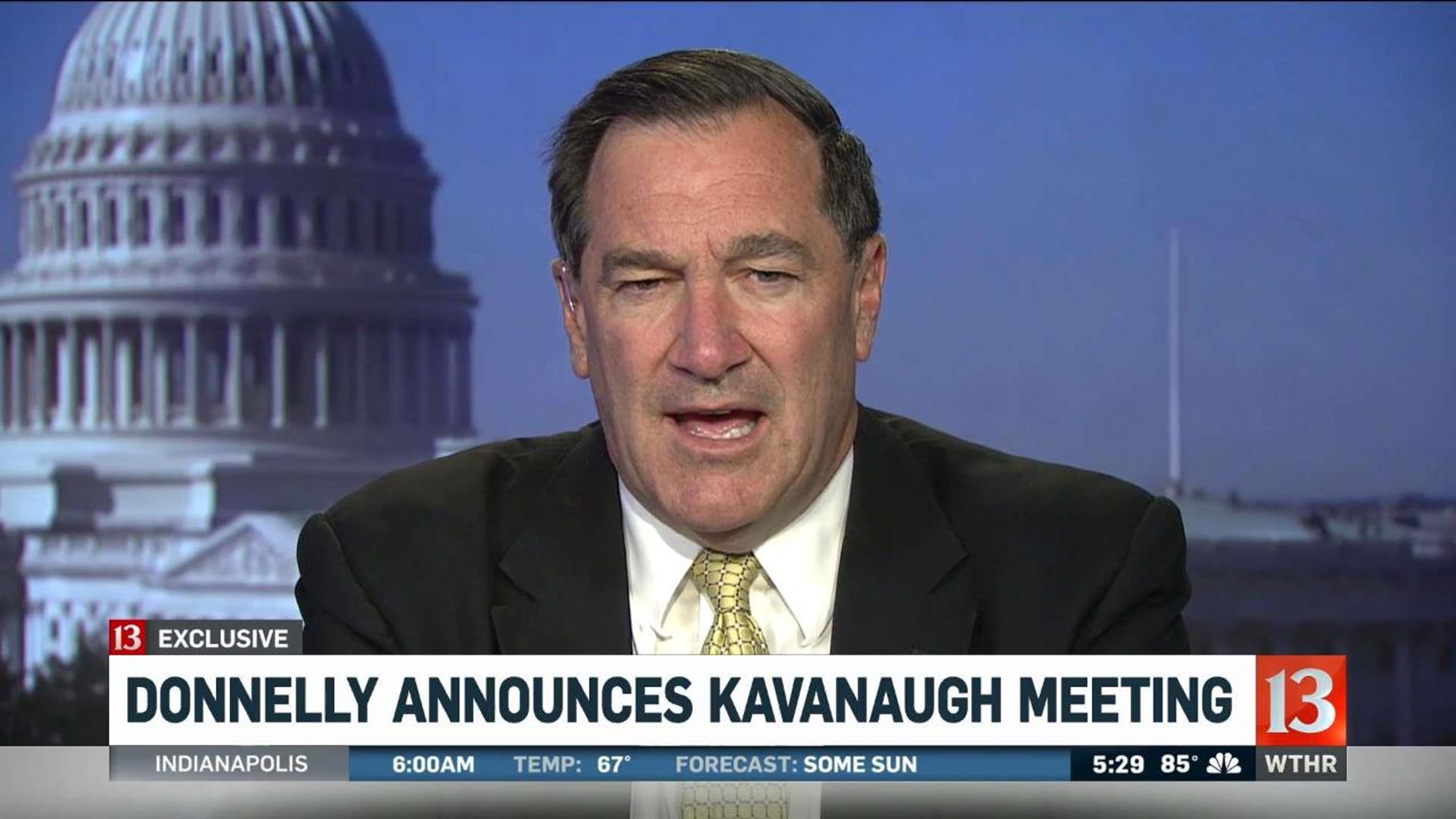 INDIANAPOLIS (WTHR) - You've seen all of the TV commercials and heard the debate about when or if Indiana Senator Joe Donnelly would meet with the President's Supreme Court nominee.

In an exclusive interview, Senator Donnelly told WTHR he plans to meet with Judge Kavanaugh next month, "I will be meeting with Judge Kavanaugh on August 15th and I had always planned to meet with him. It was simply a matter of coordinating the schedules more or less as to when he would have the opportunity to come over and when i would be here between committee meetings and other things we have. So we were able to coordinate on August 15th and that gives me more time to review more of the cases he's been a part of, well over a couple hundred decisions while he was down on the circuit court and so I wanted to review those and his writings and I didn't have a chance to sit down with him until we could coordinate on that date, " Donnelly said.

Senator Donnelly described what he's looking for in a Supreme Court Justice, "I am looking for impartiality. I'm looking for judicial temperament and I am looking for qualifications and so those are the three critical areas and that is how I will be going through all of the information that I have."