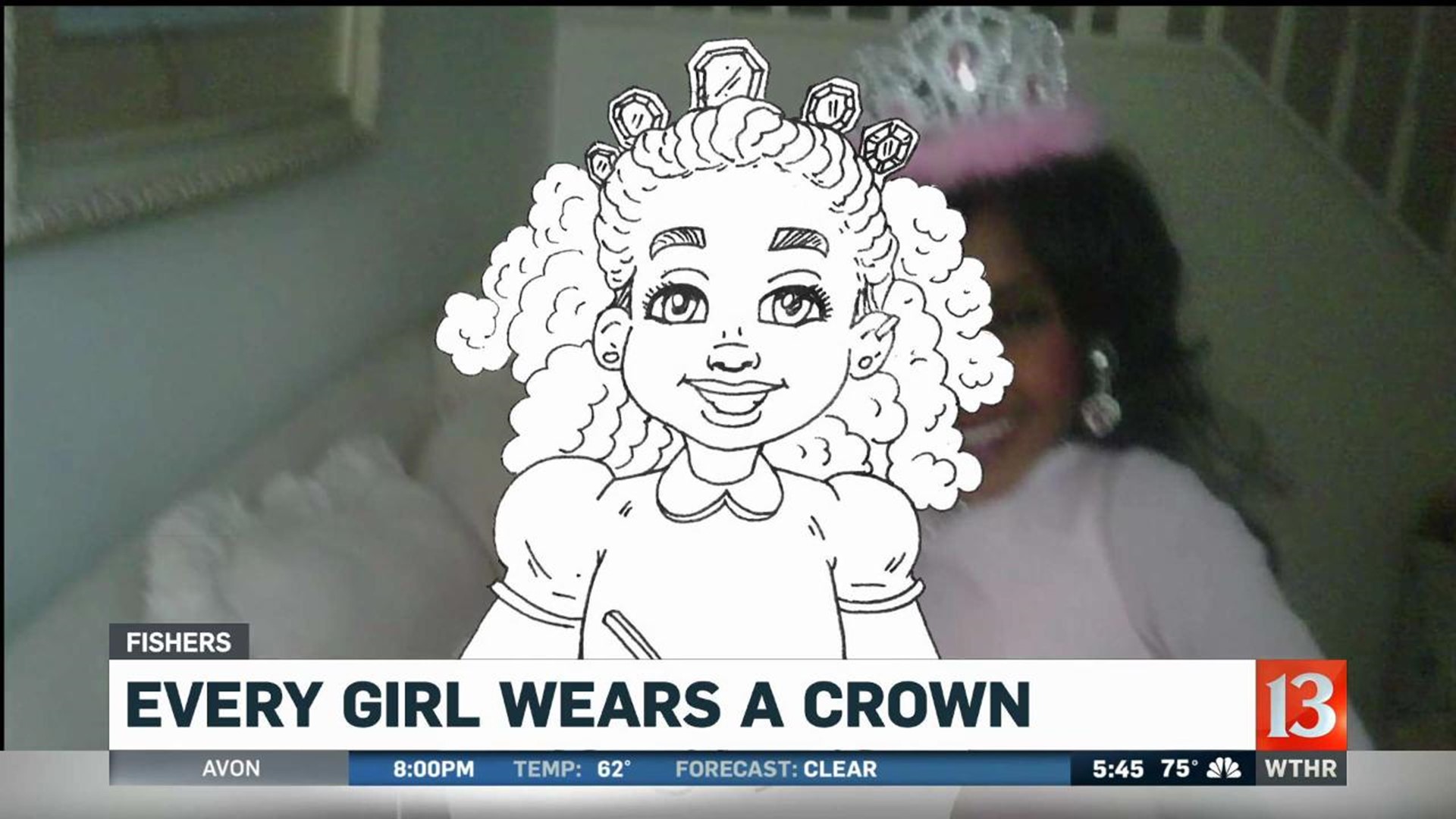 The senior at Fishers High School said she created “Every Girl Wears A Crown” because it’s something she wishes she had growing up.

“I would always be coloring, but they never looked like me, they all had straight hair,” she said. “And so that’s where the idea really came from a black and brown girl coloring book.”

Her inspiration for the title emerged from a childhood dream.

“When I was in second grade, I wanted to a be a queen,” said Washington.

She said when she grew up, she realized that wasn’t something one could just become, but that she still wears a crown.

Washington said it’s important to her that all girls “feel like the queens that they really are.”

She said while she envisioned the book to be a “black girl coloring book,” she has seen girls of all races embrace the book's self-love message.

One activity page features a fill-in-the-blank spaces section of a grid. The squares that are completed have characteristics like “smart,” “proud” and “strong.”

And the directions encourage readers to “circle or color all the positive things about you" and to “add four of your own.”

Another activity page asks readers to “complete sentences with a powerful statement,” about themselves.

Washington said she’s been overwhelmed that something she felt she was missing as a child has resonated with so many others, not just in the U.S. but abroad as well.

She said she’s received orders from Canada and Germany, as well. The money earned from the book sales goes towards her debutante scholarship fund.

The stories the pages of her coloring book tells are drawn from her own life. The page of a young girl with a squirrel was born from Washington’s love for squirrels as a child. She and her mother laughed as they recalled her childhood desire for having one as a pet.

And the one with a cape, and power stance? That’s her favorite.

“Superhero one is my favorite because I’m obsessed with superheroes,” said Washington.

She said that even looking at the coloring book she created gets her excited.

“I’m like, there’s a superhero and she has hair like me!” she said with a huge smile.

As this teen prepares for graduation from Fishers in May, Washington said it’s her goal for the present and future to help change the world in any way that she can.

The books are $10 each and can be purchased at EveryGirlWearsACrown.com.