The staff of Gleaners Food Bank is keeping busyas the demand for meals skyrockets during the COVID-19 pandemic. 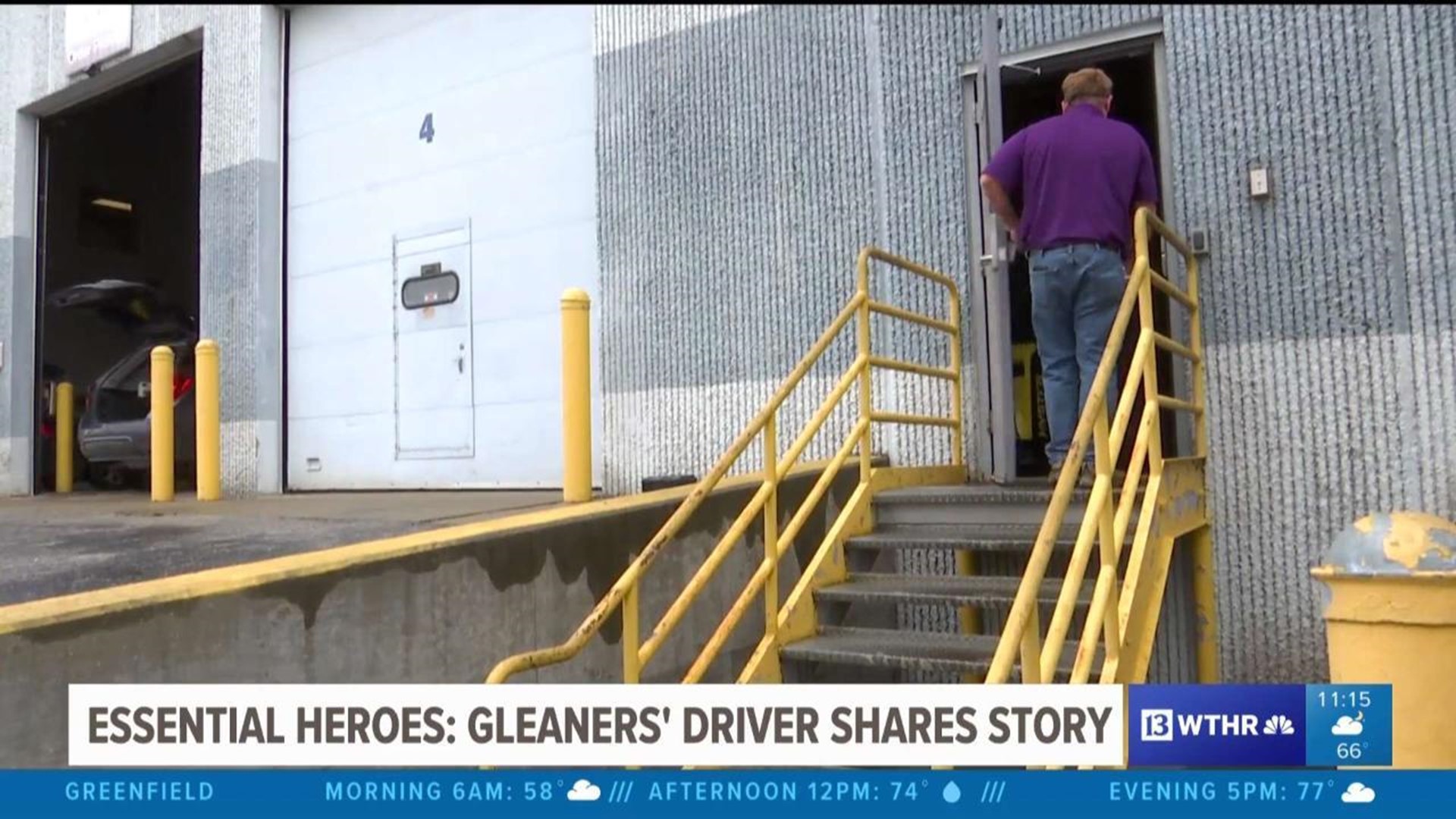 None of it would have been possible if it weren’t for the food bank’s truck drivers.

Mike Lingenfelter has been picking up and dropping up donations in his Gleaners truck for six years.

“Each (box truck) can hold about 15 to 16 thousand pounds” of food, said Lingenfelter.

Each day he delivers a full box truck load which is “probably about 10-15 pallets.”

He said that through picking up donations he’s learned that “a lot of these big corporations, you think they’re corporate and all that, but they actually have the heart to do it and give you the supplies you need.”

When it comes to food deliveries “in a day we’ll probably do seven or eight stops on an average day. Somedays it might be 10-12 (during peak demand days because of the pandemic). It has kinda drastically slowed down a bit with people getting back to work and the government helping out more,” said Lingenfelter.

Prior to the pandemic, one in eight Hoosiers didn’t know where their next meal was coming from or when. Gleaners said that number has likely doubled due to the economic fallout of the pandemic. In the 2019 fiscal year (October 1-September 30) Gleaners provided 35 million meals. In the first seven months of the 2020 fiscal year, they’ve already provided 28.1 million meals.

“Our stops haven’t changed, it’s the amount of food that we’re giving out. So like a pantry, a small pantry that say, they might only get 500 lbs of food. They might be getting 1,200-1,500 lbs now,” said Lingenfelter.

He said he’s also seen an increase in mobile pantries.

On Saturday, Gleaners hosted it’s first ever Mega Mobile Food Pantry. Lingenfelter helped to deliver the boxes of food to the Indiana State Fairgrounds for the drive-thru or walk-up pantry.

“It was amazing,” he said smiling. “Just knowing 5,000 families went through that line. You gave 5,000 families food that night to eat, and especially kids and stuff."

Lingenfelter, a father himself, said he has a soft spot for being able to help provide meals for Hoosier kids.

Prior to the pandemic, he said he felt very blessed he was able to help when a young girl who was “probably ten (or) eleven, came up and gave me a big old hug and all that thanking me for everything.”

He said seeing the number of Hoosiers that need food increase since March “just kinda opens up your eyes. A lot of us are one paycheck away from being int hat line deciding if we need medicine or food, or if our kids are going to eat that night or not. It opens up our eyes that this country needs us, and we’re here to help them in a crisis like this,” said Lingenfelter.

He said it does make him sad to see. But at the same time, “I’m also very grateful that God has put me in this position to be able to help this out. I really think God had a purpose for me to be here,” said Lingenfelter.

He said he plans to continue to keep helping feed Hoosiers until he retires.