An employee was shot at a south side plasma center early Wednesday morning after two men attempted to rob her. 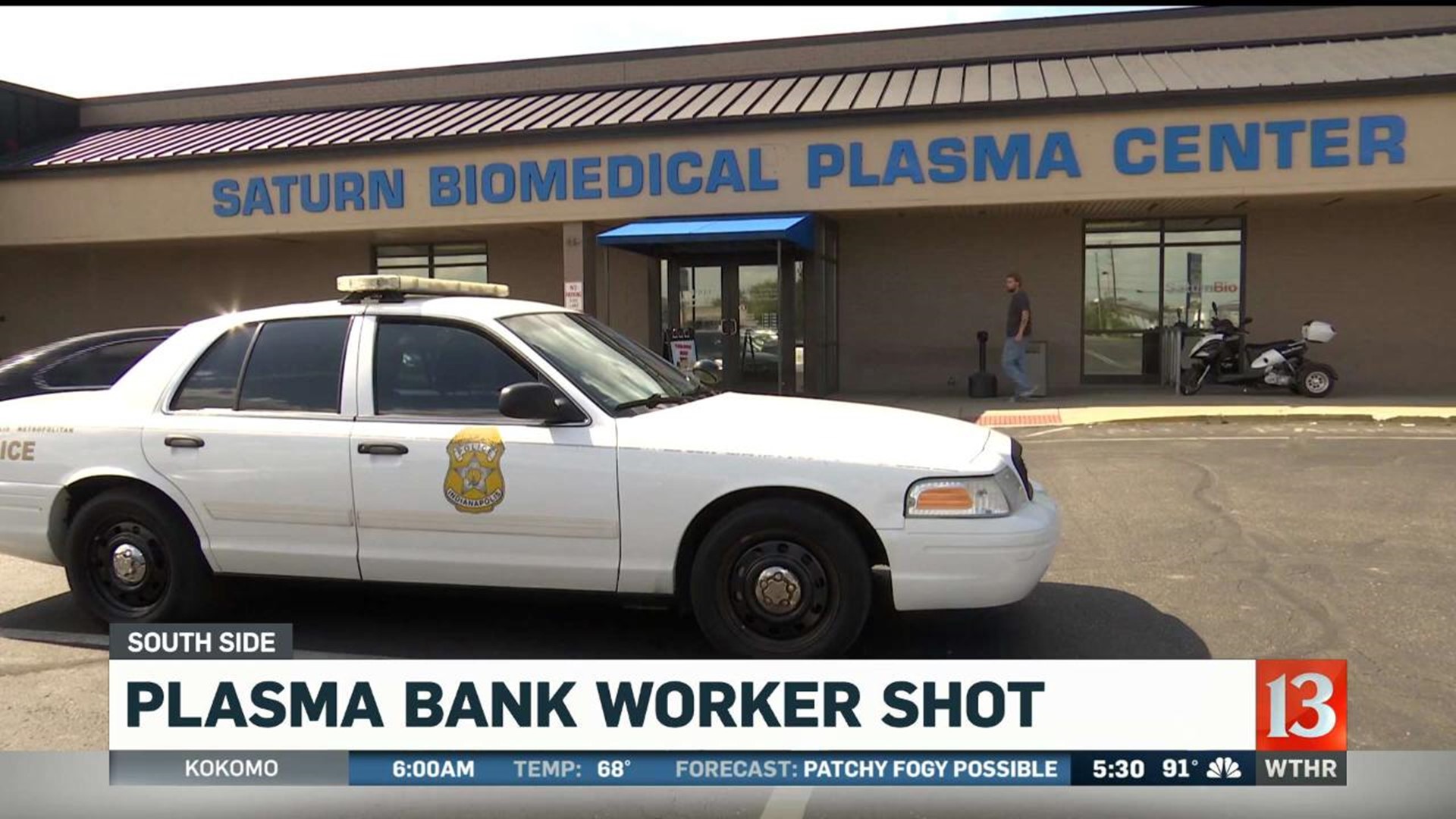 INDIANAPOLIS (WTHR) — An employee was shot at a south side plasma center early Wednesday morning after two men attempted to rob her.

Indianapolis Metropolitan Police say a woman who works at Saturn Biomedical Plasma Center was going through her regular routine around 5:30 a.m. when two armed men entered the business and demanded money.

The employee told the suspects she didn't have any money. The suspects shot the woman in the leg and left with nothing in a black SUV.

The plasma donation center sits in a strip mall at 3902 Madison Avenue, near the intersection with Hanna Avenue. Rebecca Clayton donates plasma there twice a week.

"I've always donated blood,” said Clayton. “I've just kind of switched to the plasma. Helps them out. Sometimes it helps me out cash wise."

Regular clients like Clayton receive $45 cash after each donation. Clients can donate plasma twice a week.

Clayton saw the news of the attempted robbery this morning. She has never seen a security guard in the building.

"Kind of makes me uncomfortable because you never know who could come in,” said Clayton. “I was kind of skeptical of coming today, thought I would though. But it's concerning, really concerning."

The incident happened well before the business opens at 7 a.m. on weekdays.

Saturn Biomedical Plasma Center staff would not speak on camera, but said the employee was released from Eskenazi Hospital and is doing well.

Police are reviewing security video but have not released any images of the suspects or their vehicle.

Other donors at the plasma center said they believe the suspects are likely donors themselves.