The employee was taken to Eskenazi Hospital after suffering from burns. 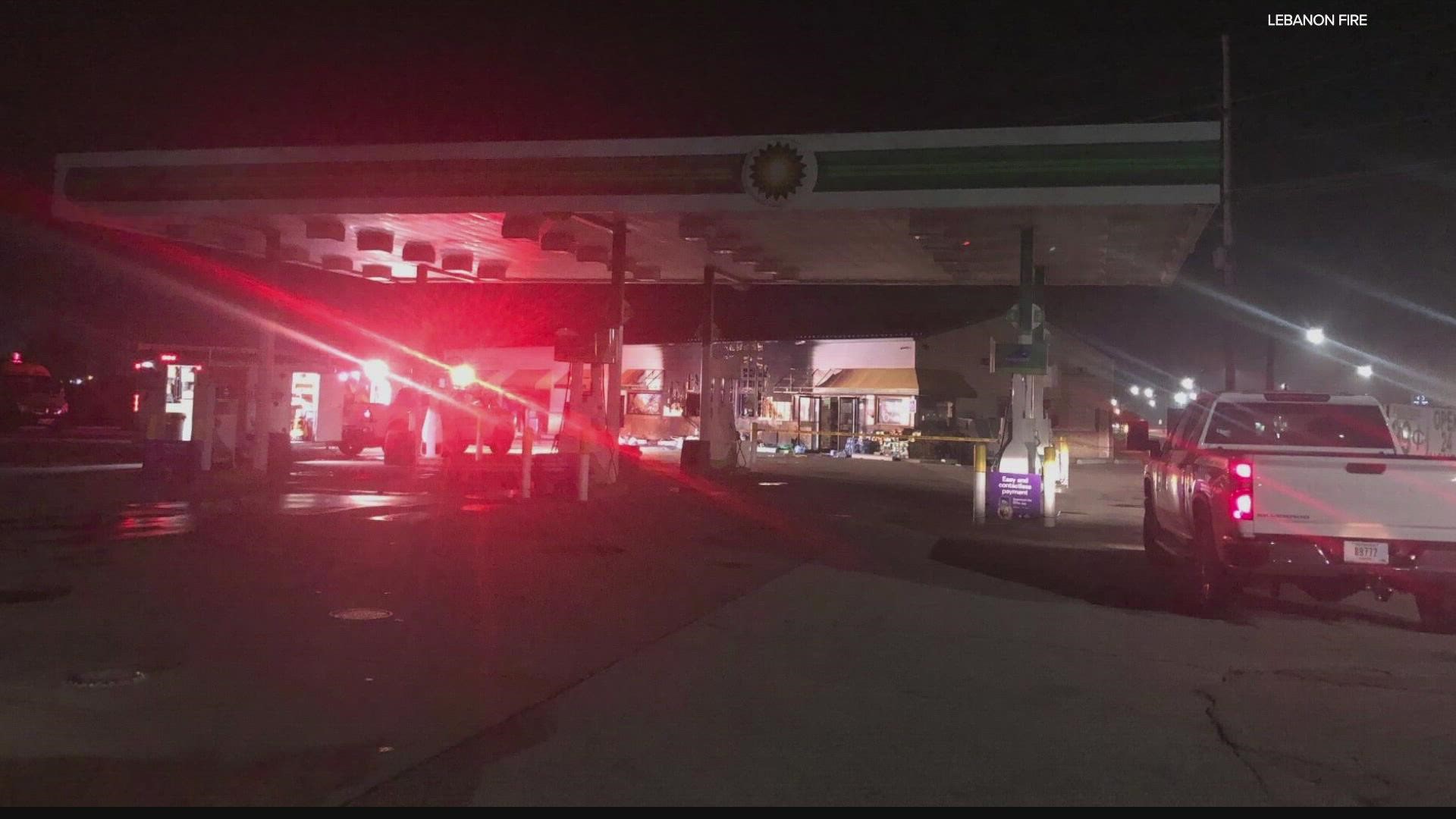 LEBANON, Indiana — One person was injured in a fire at a Lebanon gas station overnight, the Lebanon Fire Department said Wednesday morning.

Just before 2 a.m. Wednesday morning, the Lebanon Fire Department was called to the BP station at 1902 Indianapolis Ave, near Highway 52.

An ambulance crew at the scene found a person, identified as an employee, suffering from burns. That person was taken to Eskenazi Hospital for treatment, though officials have not shared the extent of their injuries.

Crews began battling the fire on the outside of the building, where propane tanks were burning, and were able to get it under control by 2:10 a.m.

Lebanon Fire Department investigators were called to the scene to begin an investigation.

The station will remain closed at this time due to damage.