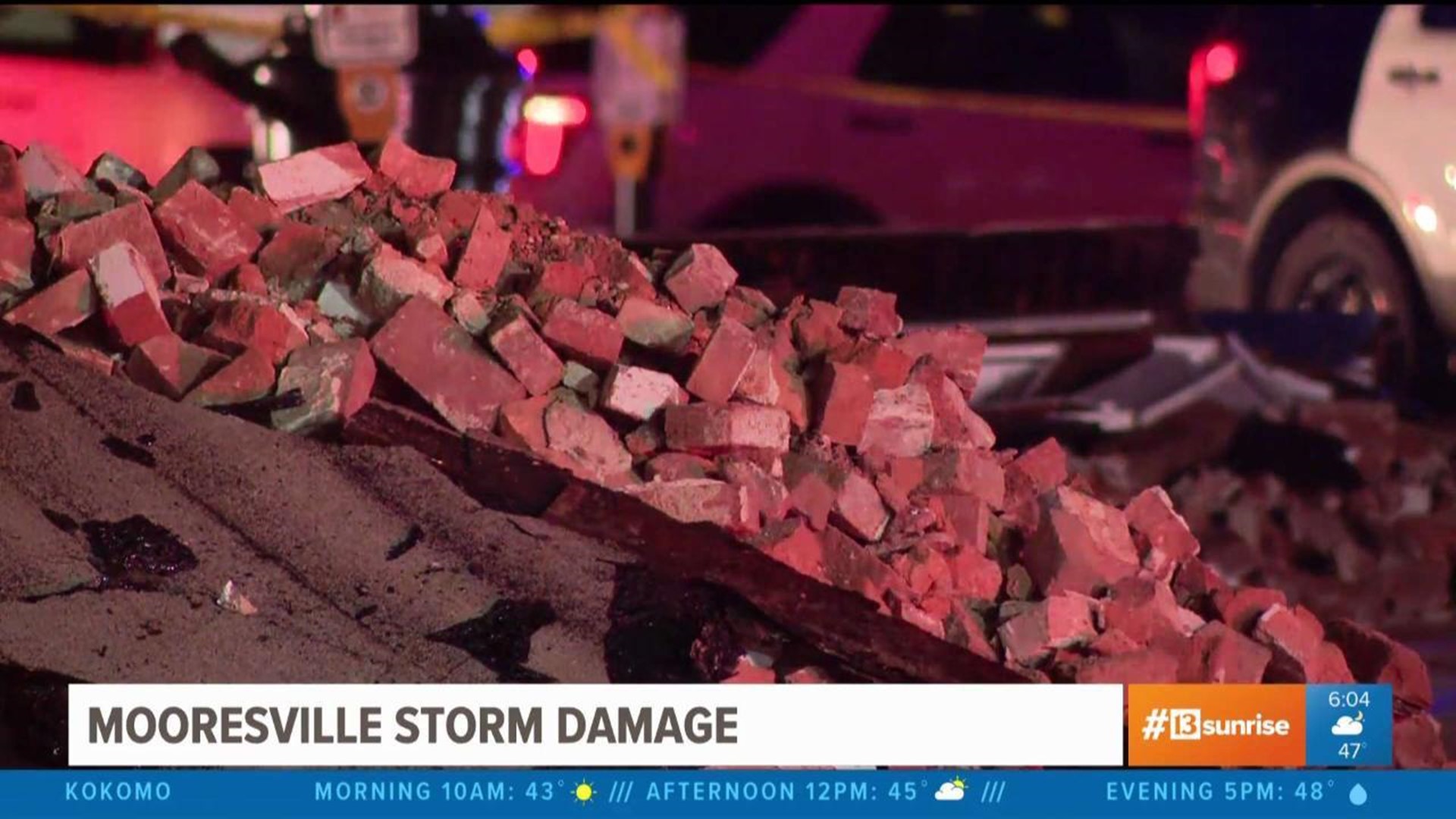 MOORESVILLE, Ind. (WTHR) — As strong storms roared through central Indiana Wednesday evening, a heavy cell moved through Mooresville and caused significant damage. It has now been determined it was an EF-1 tornado that hit.

The downtown area in the Morgan County town of nearly 10,000 people has been hit hard.

"We're just trying to get everything cleaned up. Everybody is safe, no injuries and now it is just more of a security issue than anything," Robinson said Wednesday evening.

Nearly a dozen buildings had minor to significant damage including roofs ripped off or walls blown out.

Robinson said the building with the most damage was vacant on the first floor and had a photo studio on the second floor.

"We've got issues scattered all over our little town so in the morning, Morgan County EMA is going to come out, and we're going to do a damage assessment," Robinson said.

Investigators began the process to determine if the damage has been caused by a tornado Thursday after the sun came up.

Robinson said had it not been for stay-at-home order due to coronavirus concerns, it could have been a different story given Wednesday’s mild weather.

"That sort of helped us to keep everybody out, quite honestly, because a lot of times, we have a couple of small restaurants downtown, and folks would be in those under normal circumstances," he said.

Business owners came to see if they had been hit. Les Duncan owns a tattoo studio and has been forced to close by the state.

"I'm a single dad with three kids, and that's our livelihood, so we had to come out and check it out," Duncan said. "On top of the pandemic we got going on now, it looks like we got fairly lucky compared to most. A lot of our other business owners look like they suffered some pretty hard damage."

As a long-time resident, the damage is especially tough for him to see.

"It's numbing. It's different. I don't like seeing downtown Main Street like this," Ducan said. "Normally, the streets are busy, the shops are open. On top of everything else being shut down, it’s normally a busy and bustling area. It’s kind of shocking."