Many passersby decried this east side lawn display, calling it an offensive reminder of the lynching of African Americans. 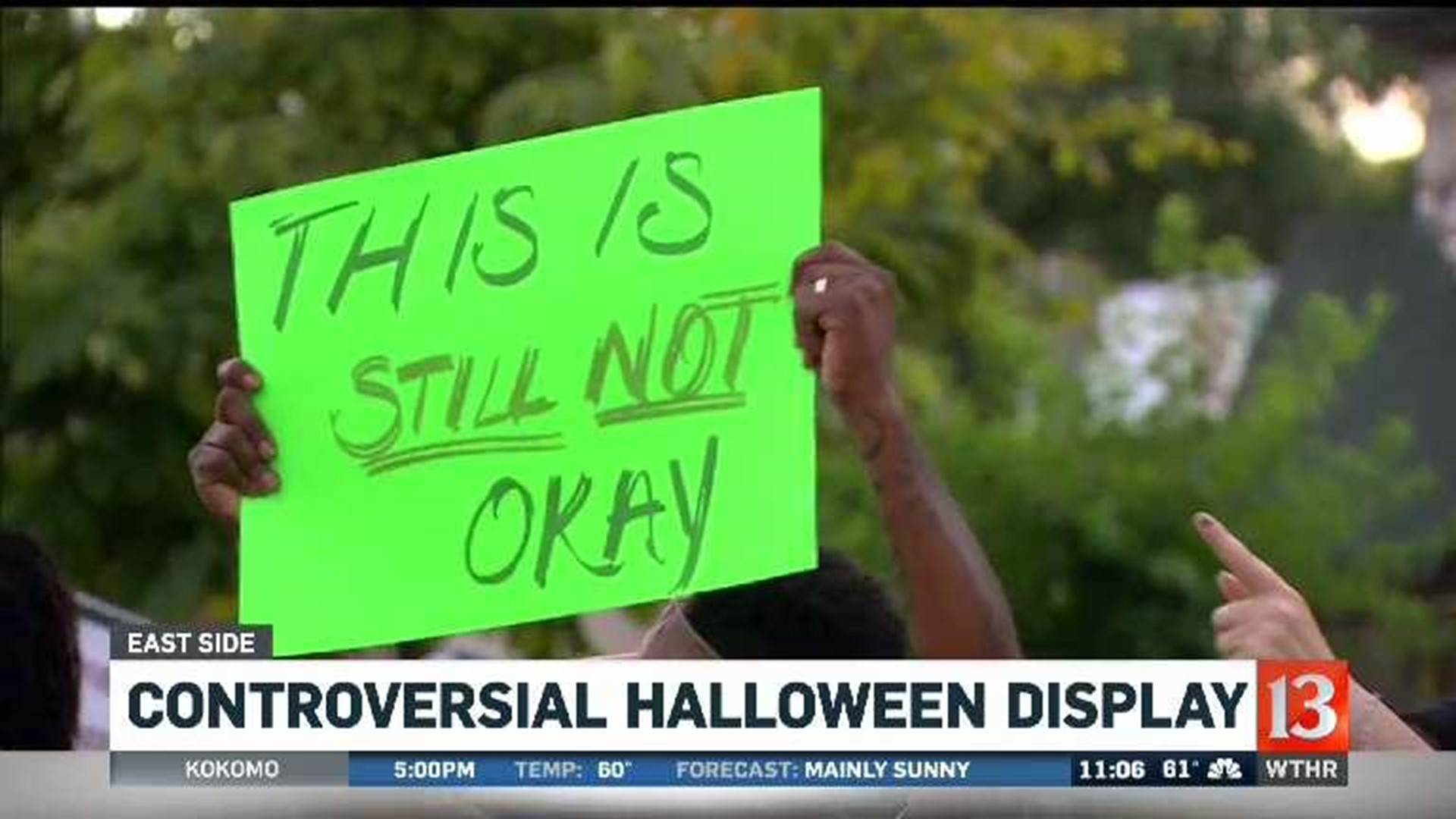 UPDATE: On Thursday evening, police officers removed the display with the permission of the homeowner, who was at work.

The Halloween display on Emerson Avenue just north of Michigan Street is impressive, with wood coffins, skeletons, a scarecrow and rickety fence. But many people in the Emerson Heights neighborhood on the east side find one prominent feature terribly disturbing, and it has resulted in the eviction of the home renter who put it up in his front yard.

A stuffed dummy hangs from a pole with a noose around the neck and hands tied behind its back. Many passersby find this an offensive reminder of the lynching of African Americans.

"This is a part of life that people endured,” said Sity Wright, who lives in Emerson Heights. “People suffered. This doesn't have anything to do with Halloween. Nothing. It's scary, but to who?”

Many people in @EmersonHeights neighborhood are calling for this hanging display in front of this 🏡 to come down. They say it’s offensive as a reminder of African-American lynchings. Unable so far to reach person who lives here. 6 pm @WTHRcom pic.twitter.com/artr2WuARY

"That pole was made,” said Brittany Day, who drives by the display. “You took time and effort into that. Then to put the noose around the neck. I'm trying not to be so sad about it. It's troubling."

The man who lives at the home and built the front yard display works at a Halloween store in Anderson. Shane Fischer was at work as he learned about the growing outrage at home.

"There's been lots of people through the course of history - pirates, witches - for any or no reason, horse thieves in Texas are a big example. Lots of people in mass numbers have been hung,” said Fischer during a phone interview. “I just view it as entertainment for the season of Halloween. I'm not trying to offend anyone."

"Some folks have seen this display and felt that it signified lynching,” said Ryan Wilson, past president and current secretary of the Emerson Heights Community Organization. “We're a very diverse community. That means that the way that we interpret things is very diverse. So let's try to understand and recognize where folks are coming from."

The neighborhood group planned to meet with Fischer, but that became unnecessary when he promised to take down the hanging display as soon as he got home from work Thursday evening.

"I just try to entertain and maybe creep out my neighbors a little bit,” said Fischer. “I did not expect it to be quite so poorly received as it was."

Fischer says this is not the first year he has displayed the hanging, but it will be the last.

Thank you for reaching out to notify me of the offensive Halloween display, as I was not aware of the situation. I am indeed the owner of the property, and the offending party are (apparently) my tenants. Not only that, those same tenants were asked by me just last year to take down what I must assume was a similar display that I had myself noticed while driving by the property, to which they then complied. The fact that they would try this again is completely disgraceful and I am notifying them now to not only take the display down immediately, but that I am giving them official notice of termination of their lease. Thank you again for the information; I am mortified and embarrassed that this has occurred at one of my properties.