Drumstick Dash becomes a family favorite, sparks love for running and helping those in need

The Drumstick Dash has become a favorite Thanksgiving tradition and a healthy way to start the day, while helping those in need. 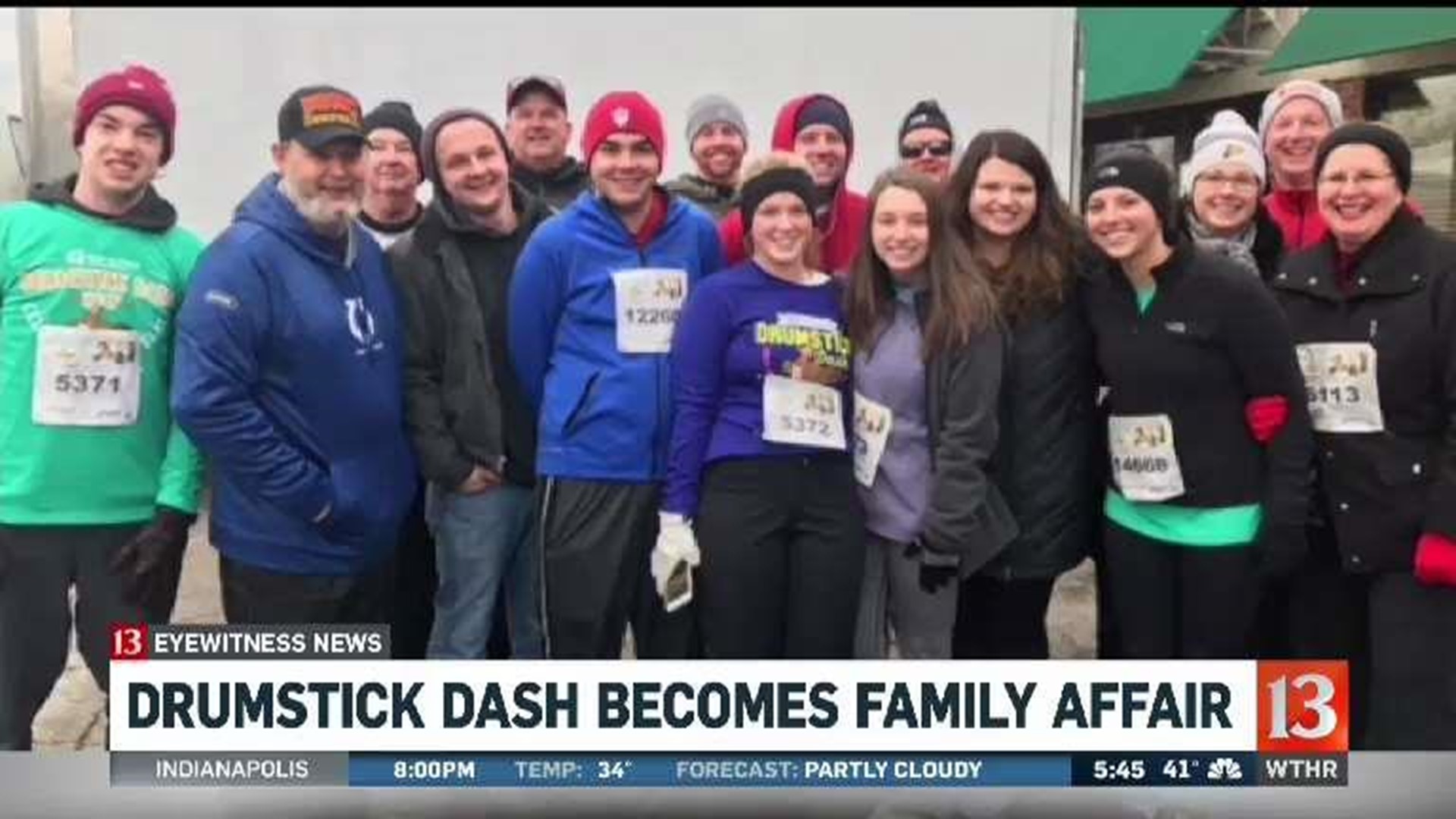 INDIANAPOLIS (WTHR) – The Drumstick Dash has become a favorite Thanksgiving tradition and a healthy way to start the day, while helping those in need. Jim Patton and a friend ran their first dash in 2003.

"I said hey it looks like there's a race in Broad Ripple. Let's go check it out before we eat turkey and pie all afternoon," said Patton.

The inaugural race drew 1,300 people and last year's was close to 20,000, making it one of the largest Thanksgiving runs across the country.

Patton has run almost every single dash and has even recruited his daughters, nieces and nephews to lace up as well.

"I said Uncle Jim will pay your entry fee because I feel strongly about the good work Wheeler Mission does and seven of the nine took me up on it," said Patton.

He's had up to 20 family members take part and the weather has never been a deterrent, at least not for him.

"Three to four years ago it starting snowing during the Drumstick Dash and I was running with my youngest daughter and we laughed probably the first 2.5 miles because the snow was beautiful, big flakes and the ground wasn't slick yet," said Patton.

He says the Drumstick Dash led to a love of running and a healthier life. He lost 70 pounds and has since done six marathons and 25 half marathons.

Patton has also become a big advocate for Wheeler Ministries and Back on My Feet, a program that pairs mentors who run with people who are homeless.

"Back on my feet is in the Drumstick Dash and so I've gotten to know lot of homeless men and women who again are looking for stability in their lives, trying to find a job, a place to live," said Patton.

Patton says he's thrilled to see how much the Drumstick Dash has grown. Not just the number of people of people taking part but the amount of money raised.