Drivers rattled as pothole season gets underway in Indy

It's the start of pothole season - especially following the recent heavy rain and changing temperatures. 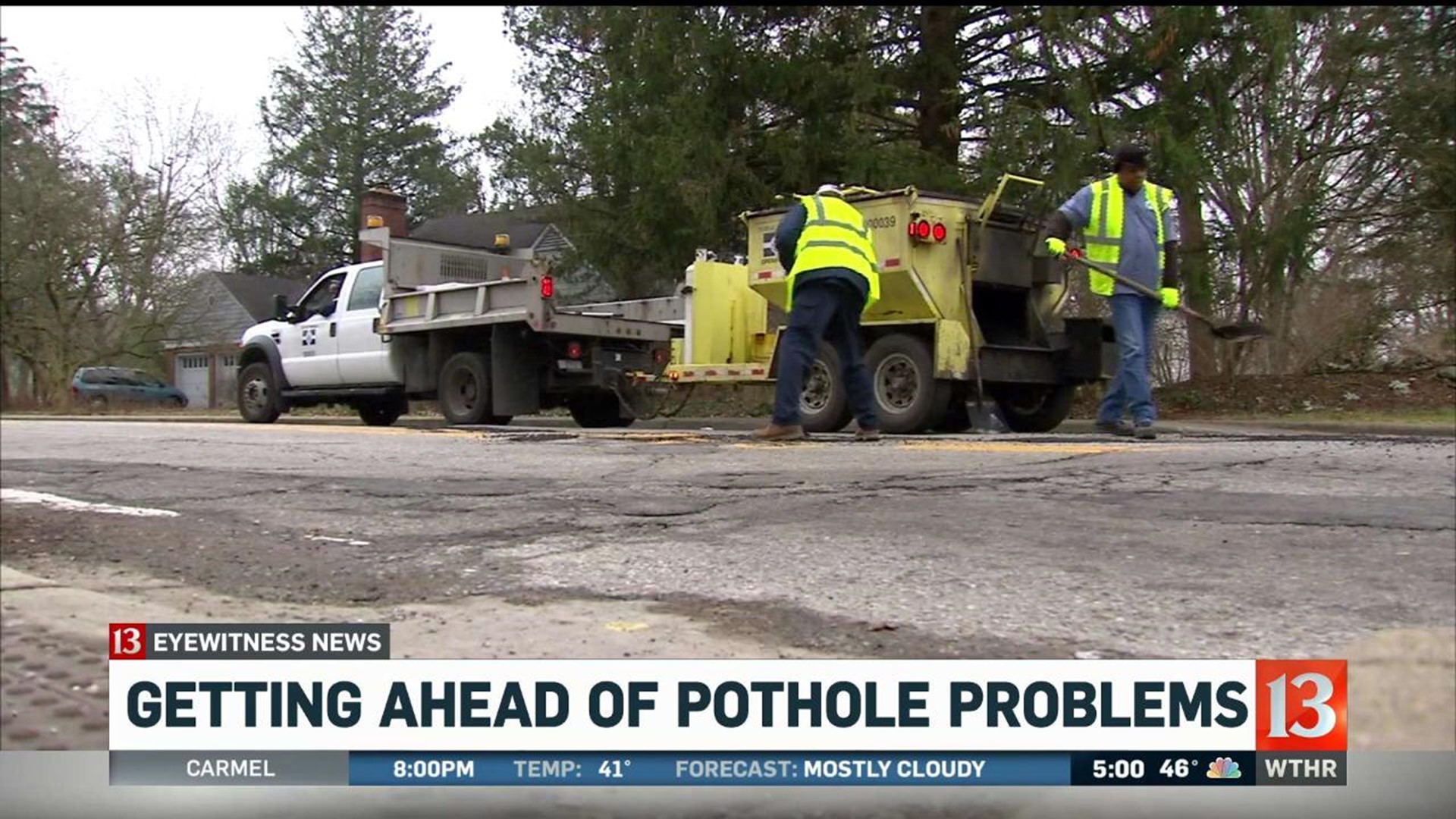 INDIANAPOLIS (WTHR) - Has your drive become a bit bumpier lately? It's the start of pothole season - especially following the recent heavy rain and changing temperatures.

The city's Department of Public Works has had up to a dozen crews a day out filling potholes across Marion County.

Olga Skurat, who lives on the north side, was glad to see them working along her street.

"After the rain and flash flooding, those hole popped up, so it's about time. I'm happy to see (them)," she said.

But the fix is temporary. With the asphalt plants not open yet, the city isn't able to get the hot mix, so they're using the cold patch which doesn't bond as well and is more susceptible to changes in weather.

Still, Scott McIntyre was hoping crews soon made it to Spring Mill and 91st Street, where several deep craters have ruined more than a few tires.

"We know when trucks and trailers go by," he said. "You hear it. It rattles the house."

"This section of Spring Mill hasn't been touched in so long and it needs the whole thing resurfaced because every time they fill in a hole and you have heavy rain and lots of traffic, they empty quickly," he said.

A spokesman for DPW said this year they have more people assigned to their street maintenance crew along with new equipment, both of which should help once the season kicks into high gear.