'Driverless Trucks' on I-70? It could happen

State transportation departments in Indiana and Ohio have been awarded a four-year, $4.4-million federal grant to study how it would work. 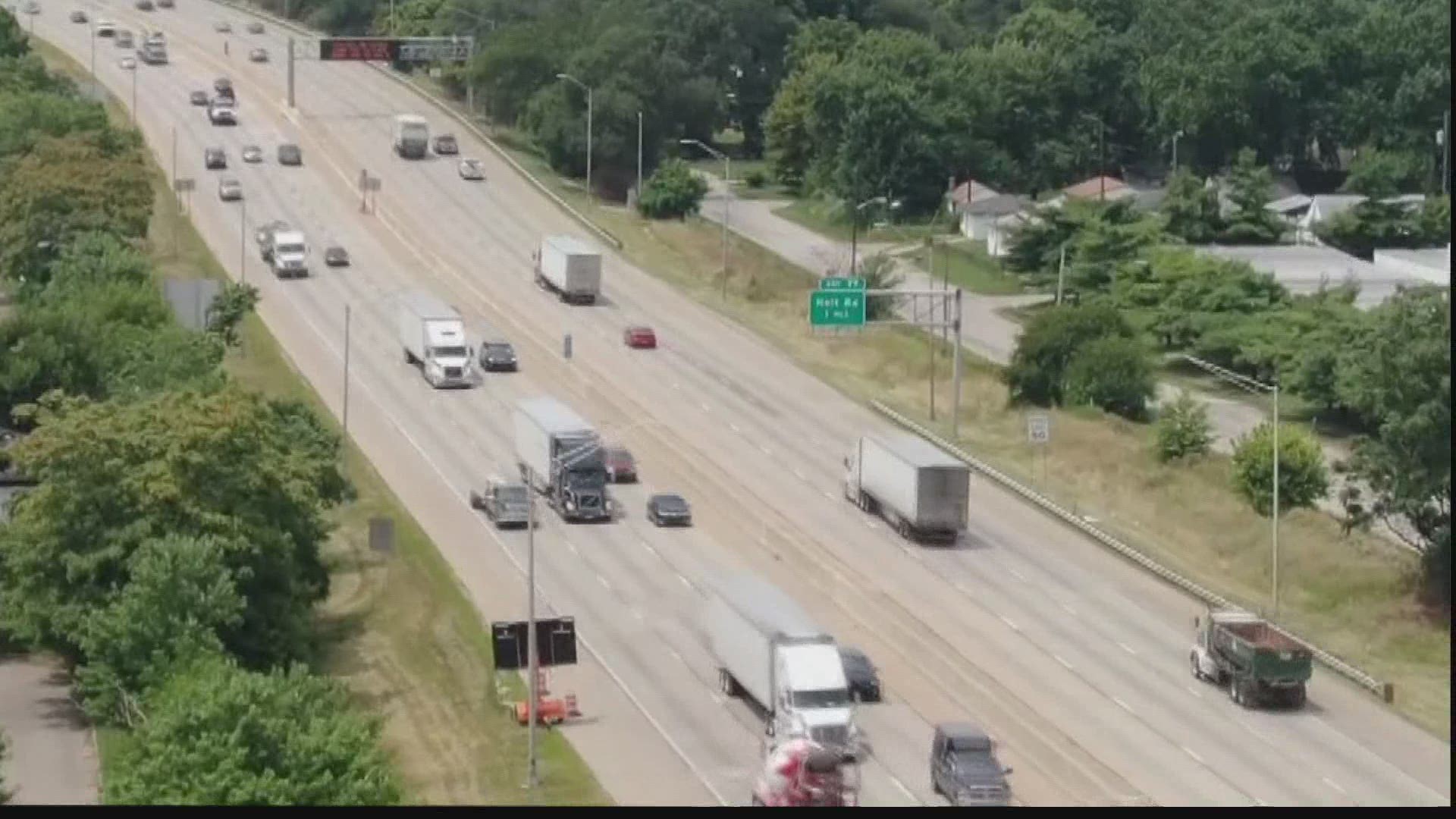 INDIANAPOLIS — Driverless cars have been making headlines in other parts of the country.

Now, automated driving technology could be coming to 18-wheelers much closer to home.

State transportation departments in Indiana and Ohio have been awarded a four-year, $4.4-million federal grant to study how it would work on I-70, the Indiana Toll Road, and the Ohio Turnpike.

The study also includes an audit of the interstates to determine what kind of improvements may be required to make the roads ready.

Indiana freight and logistics companies have partnered with the project to haul real cargo.

"We're very excited to see what the future brings for us," said Pam Fisher, Economic Development Director for the Indiana Department of Transportation.

Currently, Indiana law requires a human driver in every vehicle on the road. So Fisher emphasized that an operator will still be behind the wheel at all times.

"So that if they are testing technology, they're prepared to take over as a driver at any time," Fisher said.

Fisher said the first focus will be on "platooning." That's when one or more semis follow a lead semi closely together, linked by technology, to start, slow down and stop in tandem.

"In much the same way people in Indiana are used to race cars ... when those race cars are drafting, they're often within a few feet of each other, (although) we don't need to get the trucks that close to see the aerodynamic drag reduction benefits," said Greg Shaver, Professor of Mechanical Engineering at Purdue University, who is working with state officials on the project. "That technology is ready for the market today."

Shaver said the trucks would still have a driver involved in some capacity. He expects that kind of technology to hit the mainstream trucking market in the next two to three years.

So why test the technology here?

"We are known as the crossroads of America," said Fisher. "It make really great sense for us to be focused on that route between the two (Indianapolis and Columbus, OH) airports."

I-70 is considered a "major freight corridor" by the Federal Highway Administration.

Fisher said freight, logistics, and manufacturing are also key sectors of the economy in both Indiana and Ohio.

Transportation officials are planning to hold a kick-off meeting with the Federal Highway Administration in the next month or so. The technology could be tested on the interstate late this year or early 2021.