Driver identified in dump truck crash on south side

The driver of a dump truck died when the truck crashed and rolled on the ramp from I-465 onto U.S. 31 Saturday morning. 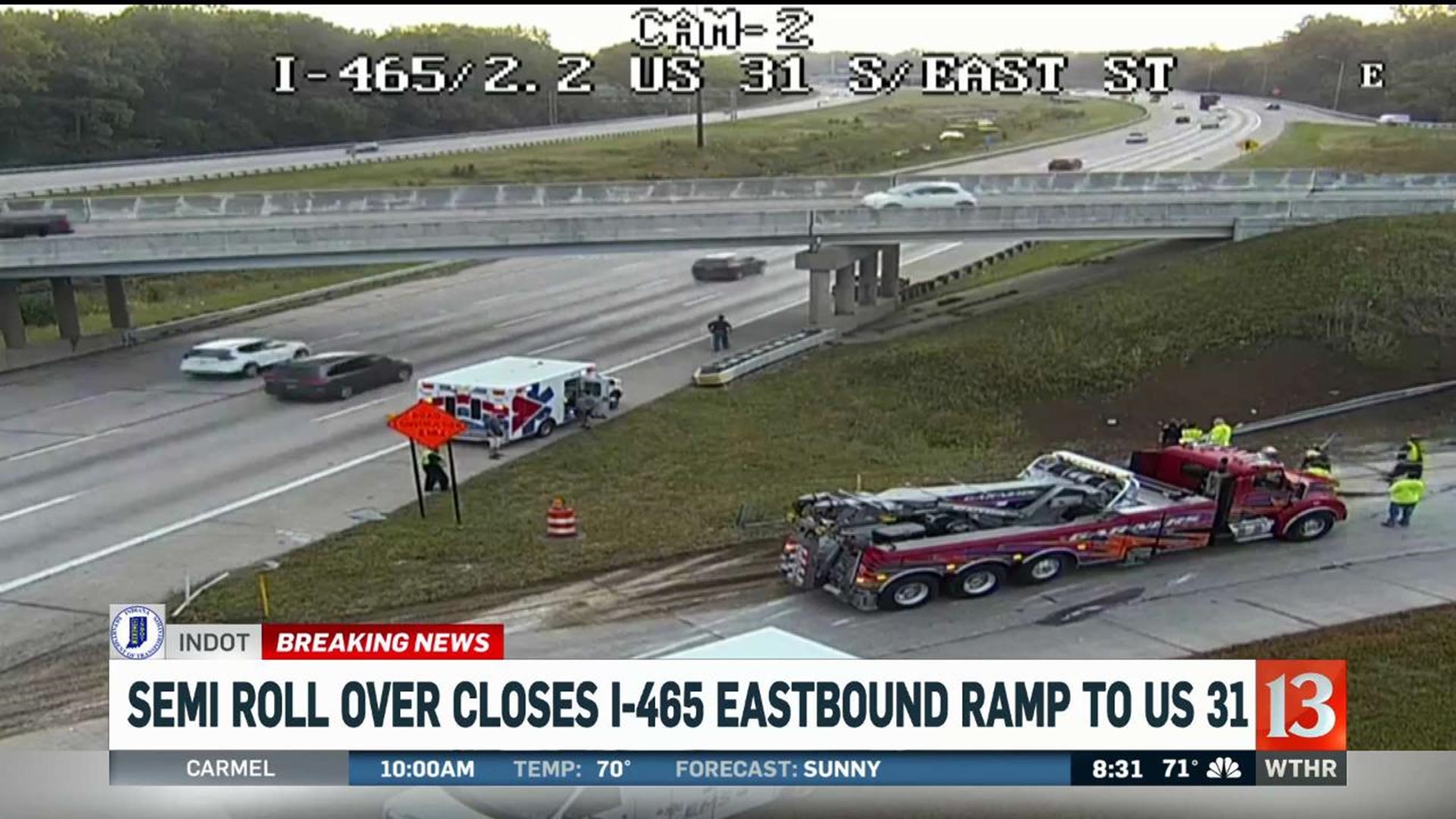 INDIANAPOLIS (WTHR) - The driver of a dump truck died when the truck crashed with another car and rolled on the ramp from I-465 onto U.S. 31 Saturday morning.

The driver of the dump truck was identified as 65-year-old Ricky O’Neill of Indianapolis.

Crash investigators reported a Pontiac driven by a 23-year-old man first exited southbound East Street onto eastbound I-465, then quickly crossed traffic lanes to try to head back northbound onto the East Street exit ramp.

The dump truck, which was carrying a load of topsoil, tried to avoid the Pontiac by swerving from I-465 onto to East Street exit ramp. The two vehicles made minimal contact, but the dump truck was going too fast to make the turn on the cloverleaf ramp and drove into the embankment, landing on its side.

Indianapolis firefighters worked to stabilize the overturned truck and had to cut away several feet of guardrail before crane wreckers righted the dump truck.

The ramp will be closed for an extended time. Please seek alternate routes.

The ramp from eastbound I-465 to U.S. 31 northbound was shut down to clean up the scene and remains closed.