Dozens work together to lift van off woman injured in Keystone Ave. crash

A team of strangers rushed to help a woman who was trapped under a van after a crash on the south side Thursday. 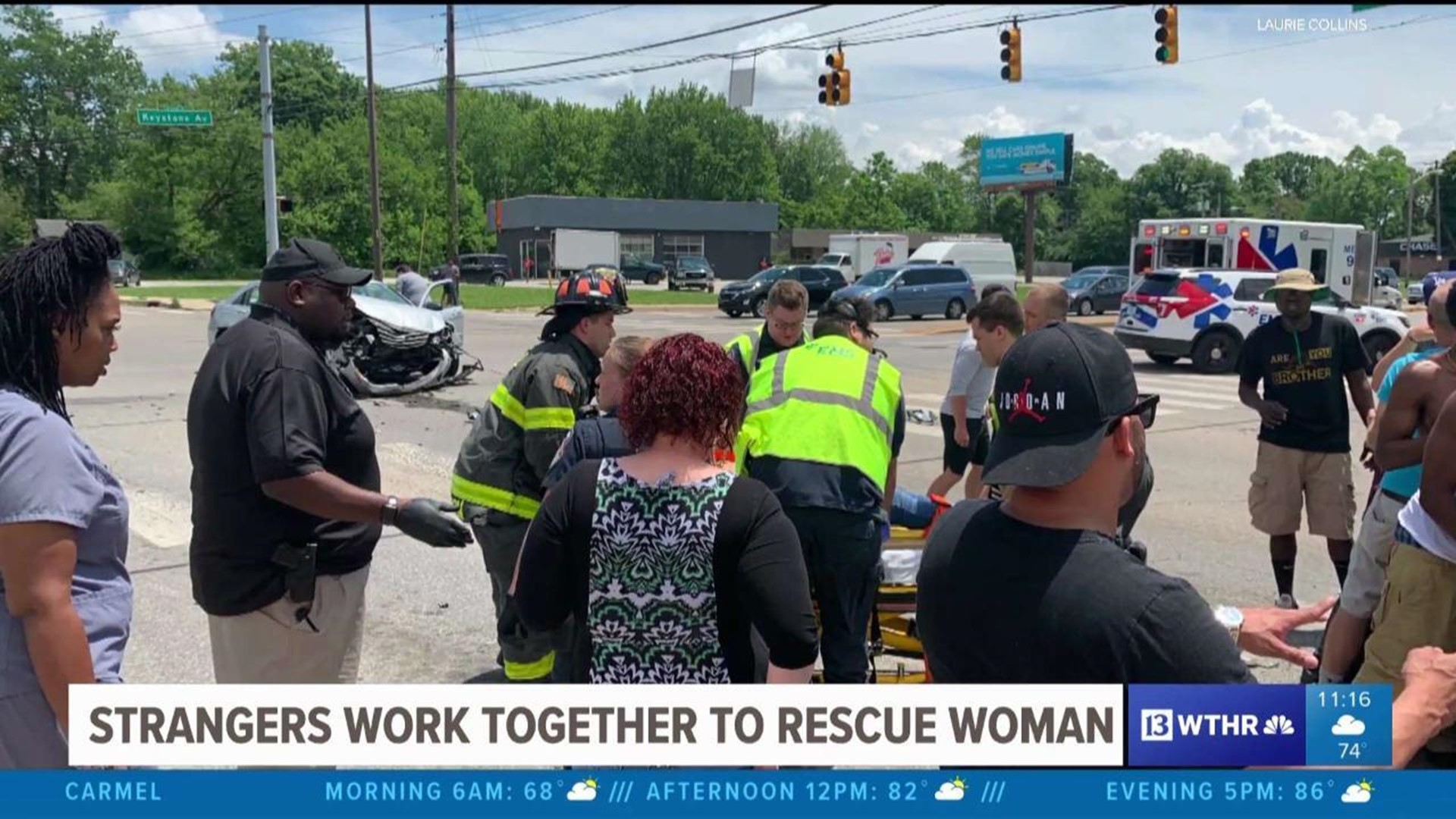 INDIANAPOLIS (WTHR) — The sun beat down with 80-degree heat Thursday, but Laurie Collins only remembers having goosebumps after seeing what happened moments after a van and truck collided near Keystone and Hanna avenues on the south side.

"I heard the impact. I just didn't see it," Collins said of the crash.

She was running errands when she heard the crash. When she got closer, what she saw horrified her.

"You could see the lady was underneath the van," Collins said.

A woman who had been thrown from the van was trapped.

"All of a sudden, all these people came out of nowhere, all kinds of different people and they were all trying to help together," explained Collins. "You could see them talking to her trying to get her, assess her and they all just kind of said, 'We're gonna get this van off her.'"

That's just what everyone gathered did, with several people helping each other to lift the van off the woman.

"I think they said, 'one, two, three' and they all pushed up and they almost couldn't get it, so like, two more guys came over and were trying to help," Laurie said.

With the van lifted up, others were able to pull the woman to safety.

"There was two people kneeling in front of her, like kind of stroking her hair and trying to get her to not move," she recalled.

As heart-wrenching as it was to see another person injured, what came next, Collins will never forget.

"There was no hesitation. There was no decisions. It was instant, like everybody automatically worked together," said Laurie.

All of it, left her with hope

According to emergency crews, the woman who was injured was taken to Eskenazi Hospital in critical but stable condition.