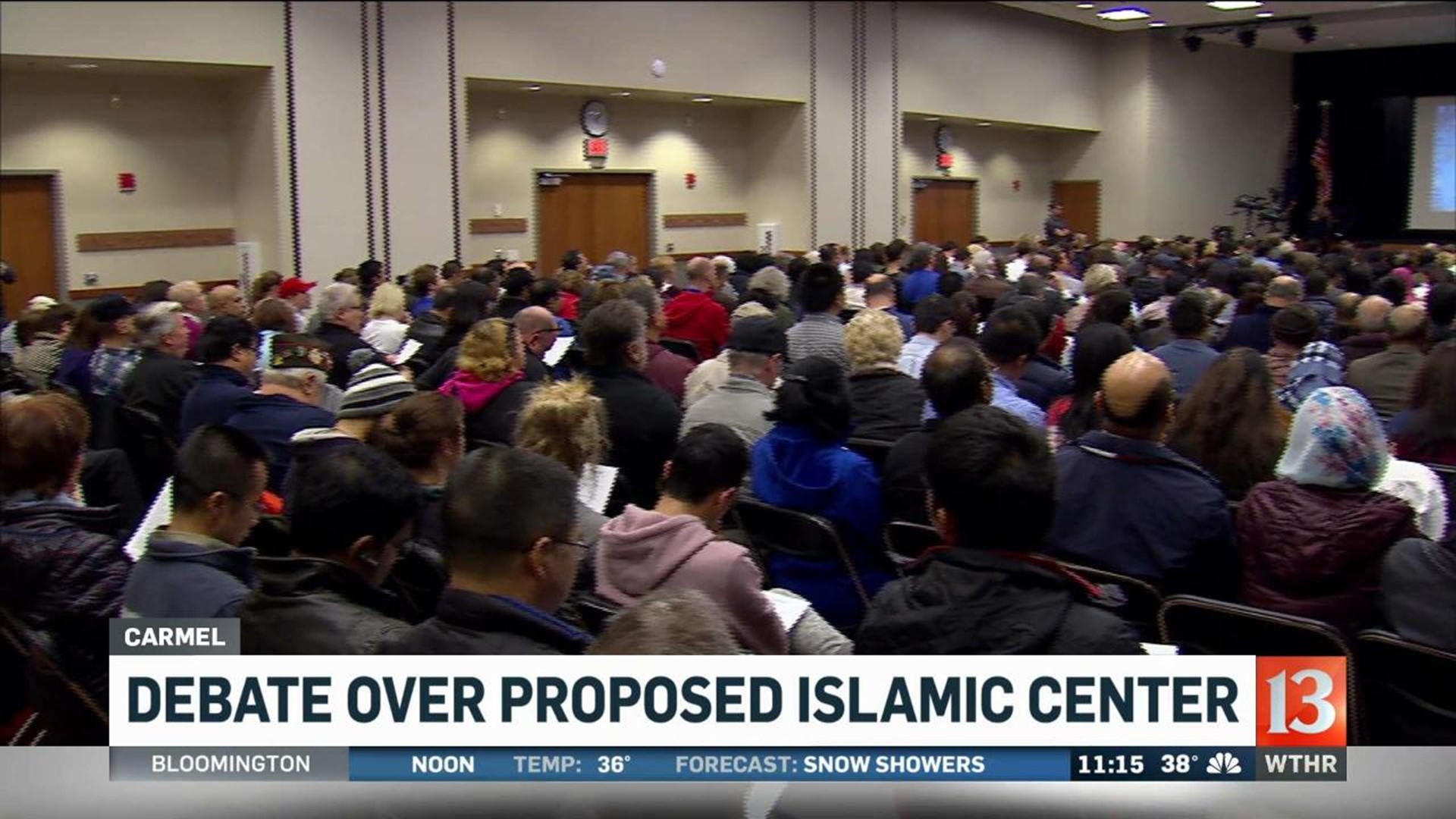 CARMEL, Ind (WTHR) - It was standing room only at Carmel's zoning board of appeals meeting Monday, many of whom had come to voice their opposition to a proposed Islamic Life Center at 141st Street and Shelborne Road.

"This is not where it belongs," said one resident to the board.

"This is why we have planning and zoning. We have many commercial places out there to build this type of facility, not next door to my house or the other people's homes here," he added.

The five acres where the center would be built is currently zoned residential. In proposing the project, the Al-Salam Foundation is asking Carmel's zoning board for a variance.

A crowded house at Carmel's Zoning Board of Appeals meeting where they'll discuss proposal to re-zone residential area to make way for Islamic Life Center at 141st & Shelborne Road pic.twitter.com/Kw78t9TMWV

The project has received pushback, with neighbors citing traffic concerns and a fear that property values would decrease. More than 1,000 people have signed a petition against the zoning changes.

"I want this neighborhood preserved as presented by Carmel's master plan and our forefathers," said one woman.

"We want to make sure we will not be of any disturbance to our neighbors surrounding that area," Nadeem Ikhlaque, the president of the Al Salam Foundation said. He said they want to work with the city to come up with a solution to any traffic concerns.

Ikhlaque said they've tried to buy other land for sale and have been turned down. "I believe that's more lack of familiarity and awareness about Islam," he explained. He said he doesn't believe that's what's happening here.

"It's not about religion or it's not against any religion. They're good people. They're good neighbors," Ikhlaque said of the people opposing the center's construction near their neighborhoods.

Out of the dozens who spoke against the mosque, one Carmel resident who does not live close to where the construction would be said he thinks it's time a mosque came to Carmel.

"If this isn't the right place, we have to find a place for it," said Doug Lippert. "My friends and neighbors who are Muslim deserve a place to worship and hold their services."

Because so many people wanted to speak at Monday's meeting and did not get a chance, the zoning board of appeals moved to continue the public hearing. They will hear more public comment at their next meeting, scheduled for February 26th at 6 pm at the Monon Community Center.