Women of all ages are invited to the shoot at Military Park and are encouraged to wear camouflage for the photos. 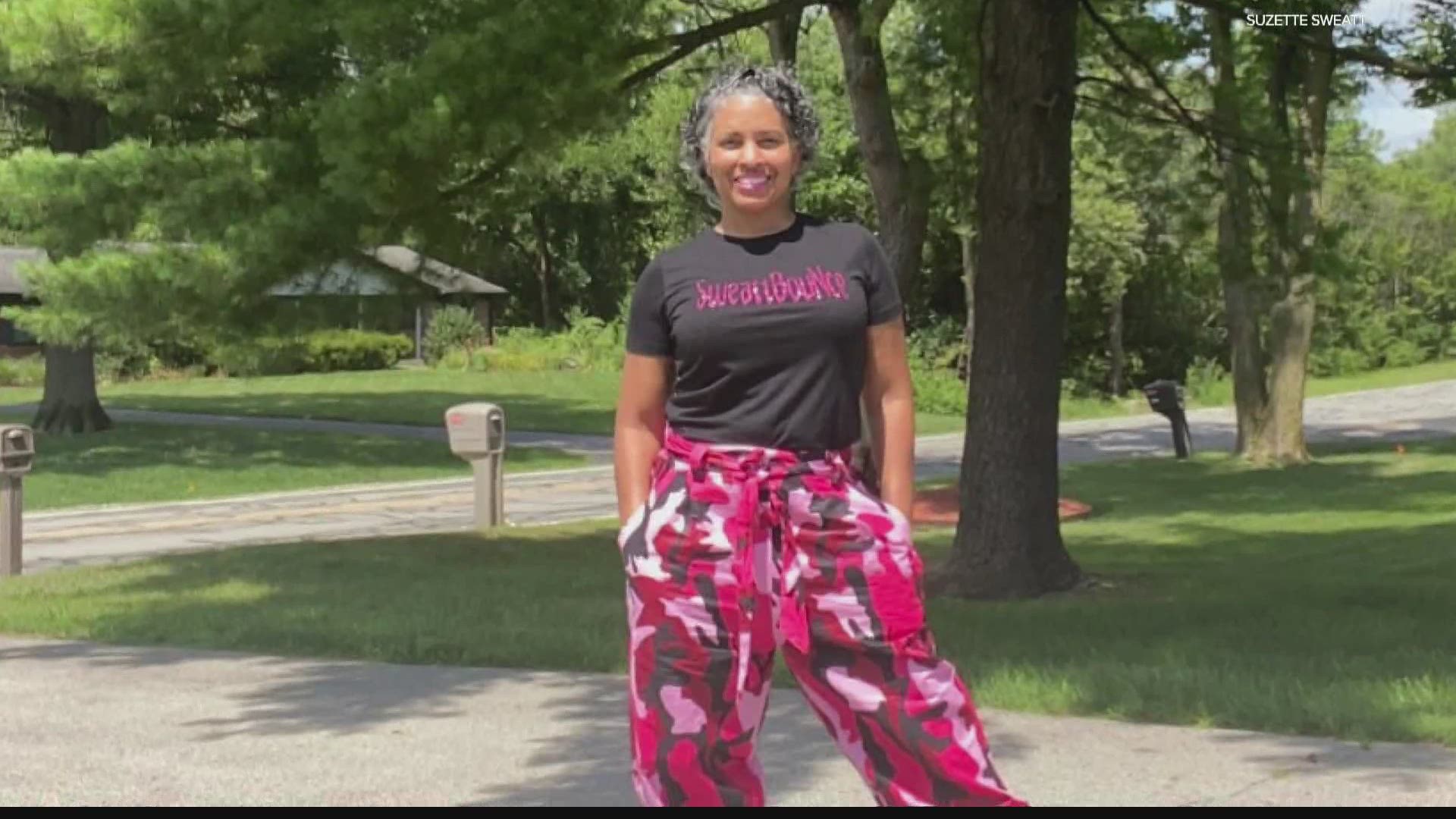 INDIANAPOLIS — Women and girls of all ages from all over central Indiana are invited to a photo shoot to raise awareness about fighting violence.

The photo shoot at noon Saturday in Military Park will feature all women dressed in camouflage and ready to win the battle against violence in their communities. The photo shoot is open to everyone.

Suzette Sweatt is a domestic violence survivor who will share her story with attendees. She spent years in an abusive relationship where she was constantly making excuses to family, friends and sometimes even strangers.

As one of the keynote speakers at the photo shoot, Sweatt will share some details about her abuse she never told before, not even to close family members like her own daughter. Many times while sharing information on attacks she survived, it comes as a shock to her listeners — especially with incidents that involve being threatening with a gun.

"There was a gun placed in my mouth and said, 'If I can not have you, then no one else can have you,'" Sweatt said.

There are even more details from Sweatt that are heart-wrenching because she almost lost her life.

"During one of the attacks, I could feel my teeth going down my throat. I was choking," she said. "I had just enough strength to push him away."

Sweatt fled the state with her children, knowing that it was the only way to stay alive. She shared a photo with 13News that shows her children sleeping on the floor under warm blankets, but safe and out of harm's way. It was the bravest move she had ever made toward escaping her abuser.

Sweatt also shared a photo of the camouflage attire she'll wear as a speaker during the photo shoot raising awareness about gun and domestic violence. Organizers are inviting women and girls of all ages to Military Park in downtown Indianapolis, urging them to also wear camouflage for a historic snapshot.

Shawn Kimbrough is the organizer of the photo shoot. It's his second big event to help raise awareness to a special cause.

"It's called combating change," said Kimbrough, "because of all the things that women have been through and how they combat against change."

Kimbrough came up with the combating violence photo idea following his Juneteenth historical photo shoot on Monument Circle. He sent out a citywide invite to all Black males to help combat negative images of Black men often seen online and on social media. The men were asked to dress up in formal wear. Kimbrough even supplied free bow ties for anyone who needed to round up their "Sunday best."

Now, Kimbrough wants domestic violence victims to know they are not alone.

"I want them to come there and make new relationships with someone they don't know, and maybe someone there that day can help them with what they are going through," he said.

Kimbrough also recruited First Lady Barbara Golder from the Temple of Praise Assembly in Indianapolis to conduct the official prayer for the photo shoot. Golder is a nationally known evangelist who holds public prayer vigils each month, offering spiritual encouragement and comfort to the brokenhearted. Her prayer campaign is called "Face Down & Rise Up." The connections to the photo shoot are perfect since Golder's ministries also focus on the success of women.

Sweatt believes the photo shoot will be a life-changer for many women secretly surviving in abusive relationships.

"I am so glad Shawn thought about doing this," she said. "It's about combating, winning, that's saying you have a voice."

The photo shoot is scheduled for noon Saturday, Aug. 15 at Military Park at 601 W. New York St. Organizers promise victims needing help will get it.