The Julian Center, an emergency shelter for victims, is busier than ever. 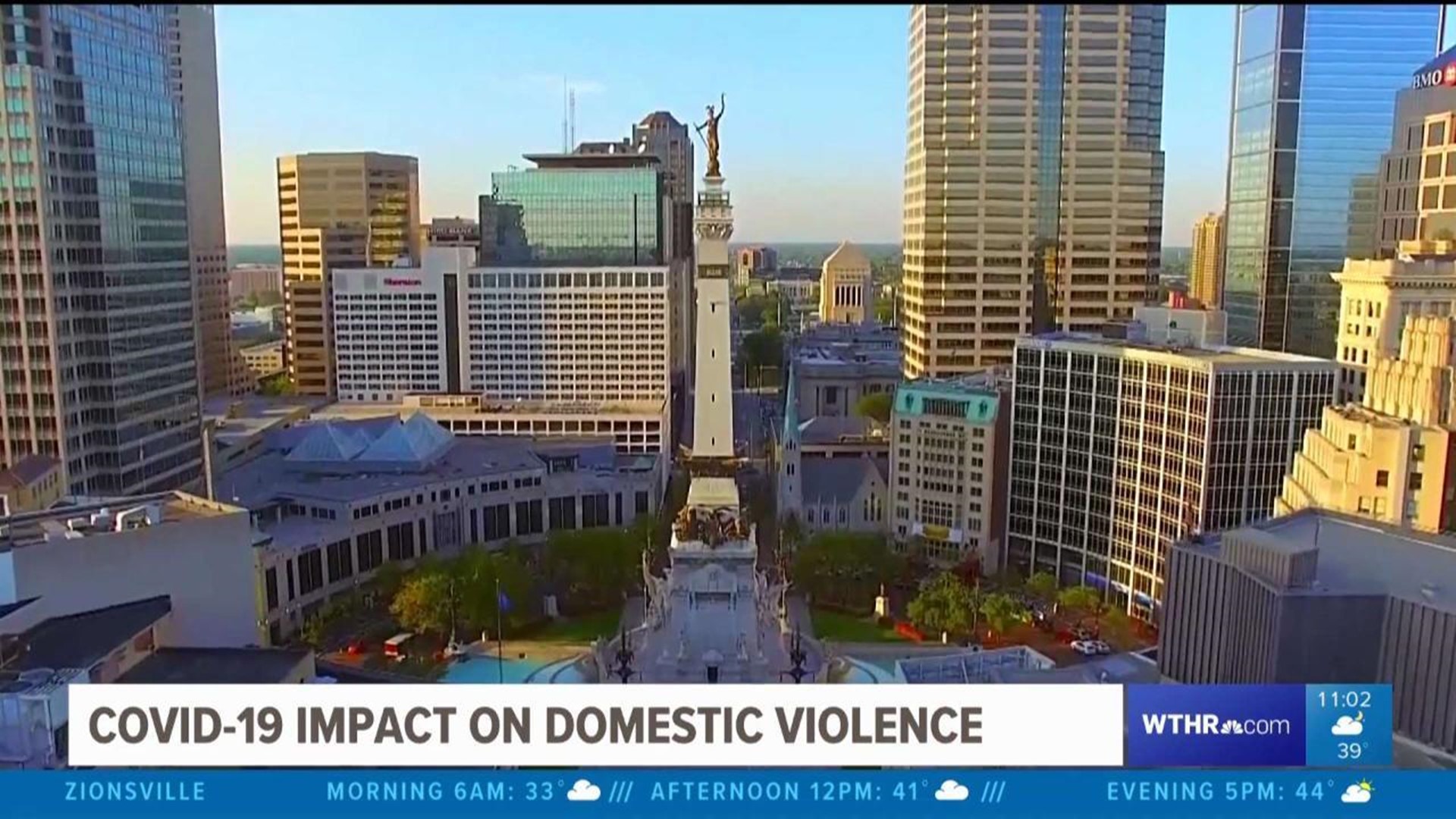 INDIANAPOLIS (WTHR) - Non-essential businesses may have shut down amid the pandemic, but the phone lines taking calls from victims of domestic violence have not.

The Julian Center, an emergency shelter for victims, is busier than ever.

“It’s been bubbling over and it’s becoming more violent,” said Jami Schnurpel, director of survivor services at The Julian Center.

In the past three weeks, the shelter has received 700 calls for help from people needing to escape an abuser. That number 25 percent more than usual.

The calls are coming from people who may be forced to be around their abuser more because of the stay-at-home order.

“It’s a recipe for disaster because this, in and of itself, enters in a whole other layer of stress and anxiety,” Schnurpel said.

But according to those who work with victims, leaving has become even harder because there’s no window of opportunity to get away if someone’s abuser is always there.

“Statistically speaking, when a survivor leaves is the most dangerous time for them, and we have to be cognizant of that particularly now, because there’s not an easy way to leave. There’s not an easy answer,” said Schnurpel.

That’s not the only complication due to COVID-19. For the past two weeks, The Julian Center couldn’t take new clients while they sanitized the shelter and made adjustments to allow for social distancing for survivors already living there.

Some area hotels have stepped in, in the meantime, so victims had a place to go.

Coburn Place, which usually provides longer-term housing for domestic violence survivors, has also stepped in to help fill the gap for emergency services.

“We’ve been non-stop. The demand for our services at Coburn Place has doubled within the last 30 days, it continues to increase,” said Julia Kathary, CEO for Coburn Place Safe Haven.

As does the isolation for victims trying to get away at a time when no one is going anywhere.

“That feeling of walking on eggshells a victim will have is constant now,” Kathary explained.

Both The Julian Center and Coburn Place want domestic violence victims to know there is still help amidst the corona virus.

“There is somewhere to go and absolutely, please call,” said Schnurpel.