An FBI SWAT team was serving a federal, sealed search warrant this morning on the Indianapolis southwest side when a dog was shot and killed inside the home. 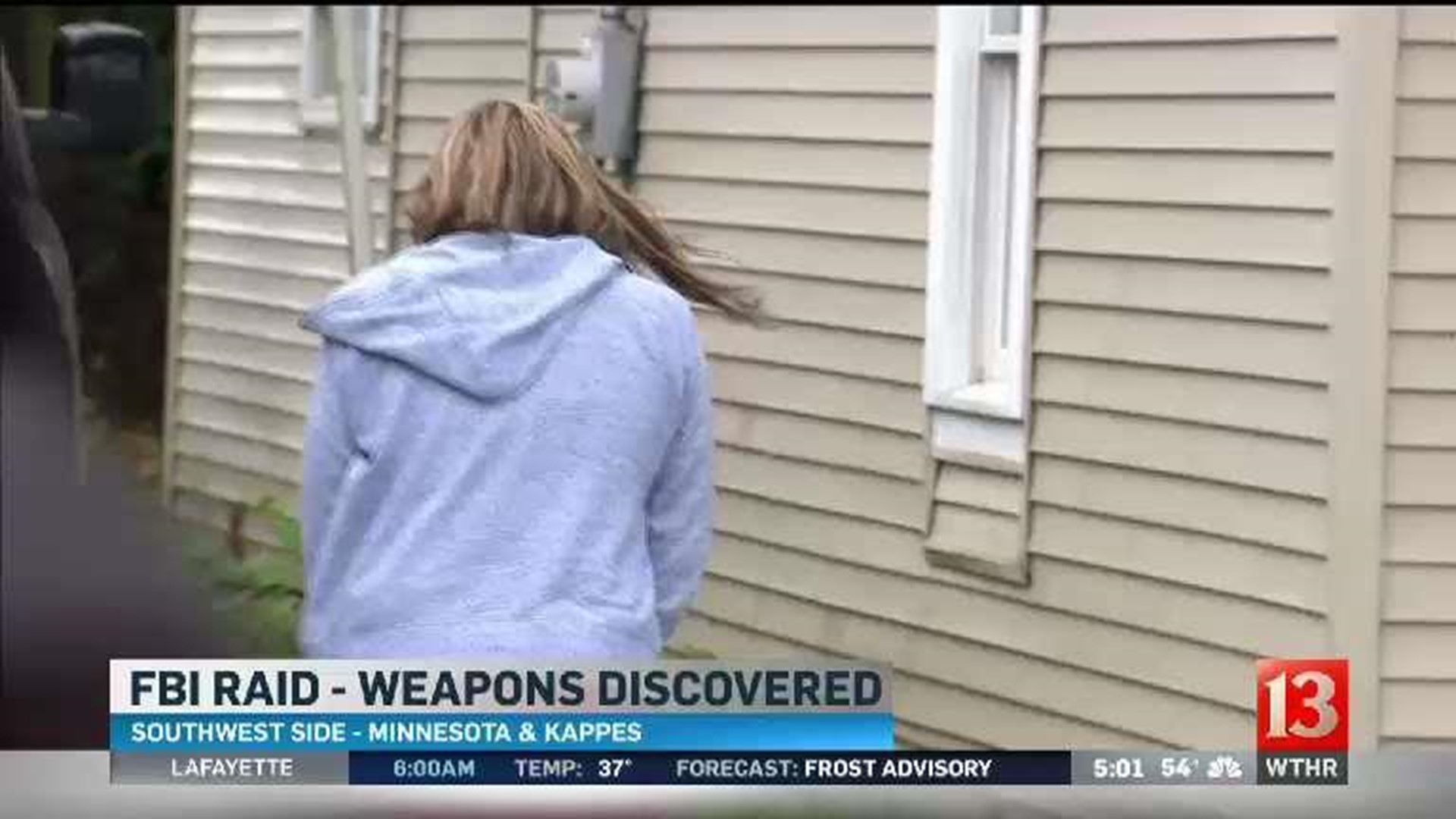 INDIANAPOLIS (WTHR) - A near southwest side neighborhood woke up to shots being fired as an FBI SWAT Team raided a home before dawn. This happened near Minnesota and Kappes.

The FBI came with guns and a sealed search warrant. Neighbors were caught off guard by the raid, but not surprised. Some wish lawmen had been here sooner.

At mid-day, agents walked out of the home with boxes of evidence. They seized a classic Cadillac from the backyard, and took one woman away in handcuffs. Neighbors said she lives at the home, but most were too scared to talk about it on camera.

"It's been a long time coming," a woman said as she looked up the street. "Because that end is nothing but drug houses."

The FBI SWAT team hit the home about 6:00 am. Delores Crum and her neighbors heard them. "We hear gunshots all the time." she said "This time there were 20 shots. Got me out of bed."

According to the FBI, a pit pull lunged at one of the agents. They killed the dog. No one was injured, but neighbors say one person was taken away by an ambulance.

A source says the raid is part of an investigation by the FBI's Safe Street's Task Force. It's aimed at ridding neighborhoods of threats and violence often connected to gangs and drugs.

Crum and others said a lot of people are constantly in and out of the home. They are there and gone in just a few minutes. "Like I told them, I don't care what you do down there, but you don't park down here." Crum explained. She says she's been threatened by some of some of them. "I went out and got me a .380 (handgun). "I went to classes before I put bullets in it," she said.

Another longtime resident of the neighborhood asked that we didn't use her name. She wanted to believe the raid would make a difference, and at least reduce the violence and crime in the area.

"I'm hoping it will stop some of it, but I know it won't," she said. "Because as soon as they go away and everything cools down three to four weeks later, months later it will start up again."

Late Thursday, Eyewitness News confirmed the identity of the woman arrested. She is 44-year-old Kimberly Kleber, a convicted felon who is not allowed to possess any weapons. She is preliminary charged with possession of methamphetamine and being a felon in possession of a handgun.

One woman taken into custody from this morning's FBI raid on the SW side. @VanwykWTHR live at NOON w/ details. @WTHRcom pic.twitter.com/PR8AwN02Ja