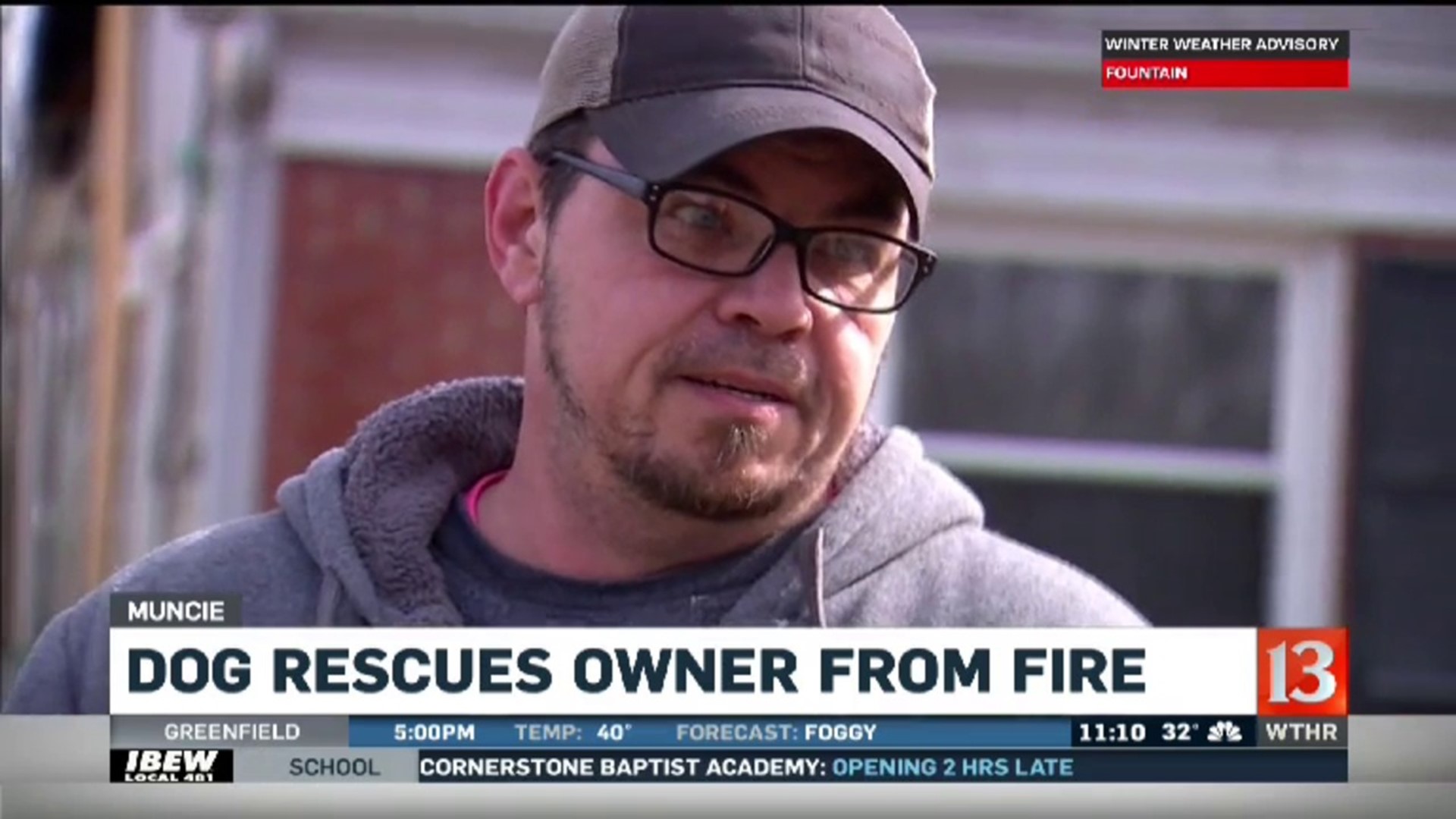 Lee credits the two-year-old yellow Lab with saving his life after fire broke out in his Muncie home.

The fire happened late Monday night. Lee said he and Bella were asleep in the back bedroom, when "she woke me up. She was on my chest and she was barking and I was saying...'Bella it's not time to play' and she did it again...and when I looked up the fire was on the ceiling."

Lee said he and Bella ran out of the house. He tied her leash to a pole and turned around, hoping to go back in to grab an extinguisher and try to put the fire out, but it was too late.

"Fire was going through the window and hitting the neighbor's house," he said.

Back to retrieve what belongings he could Tuesday, Lee was still amazed he made it out.

"I'm just thankful to be alive and that I have Bella," he said.

Lee said Bella is a fun-loving pup who loves to swim, play ball and remain at his side. Lee and his fiance "reluctantly" rescued her a year ago, just before their beloved 11-year-old dog Daisy died suddenly of cancer.

"When we were asked to take Bella we were thinking of not taking her because Daisy was so old and we wanted to enjoy that time with her but after we saw Bella there was no way we could say no," Lee said, noting Bella helped them through the loss of Daisy.

He said Bella was a blessing then and even more so now.

"She's like me - crazy hyper, hyper all the time and for some reason she knew what to do," Lee said. "She never jumps on me like that, I don't let her," but she did Monday night.

Bella rescued the man who rescued her.

"By the time I got her outside," the bedroom was gone, Lee said. "I had three minutes and I would have been dead. She absolutely saved my life."