Dalton Roach said the bear was 250 to 300 pounds and he had to start "yelling and hollering" to get the animal to leave. 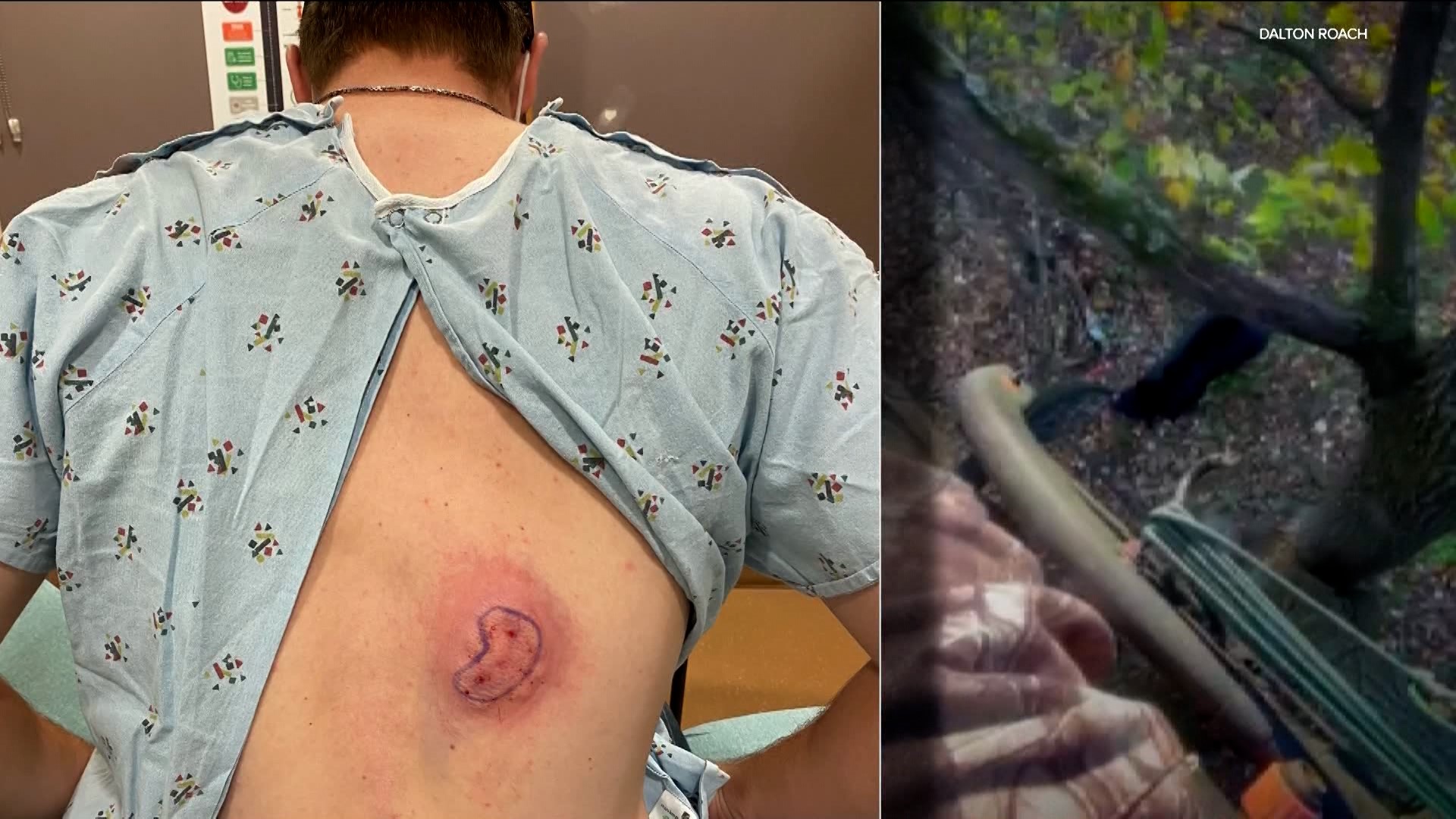 TREMPEALEAU COUNTY, Wis — In western Wisconsin, it only took seconds for a black bear to climb the tree a hunter was in and put its paw in his lap.

Dalton Roach was hunting for deer when he saw the bear he says was about 250 to 300 pounds.

"It's definitely not totally uncommon for a bear to go into a tree with a hunter," said Roach. "But the fact that he actually starting gnawing on me and stuff, like that was a little abnormal."

The 25-year-old was bit in the back by the bear Roach called "curious." He started recording it before it climbed up about 20 feet to where Roach was in his deer stand.

"I kind of pulled myself out and then stood around and turned in one motion to then face the bear and just started yelling and hollering, to say, 'I get it you're here, but I need you to leave,'" said Roach.

But the bear would linger below for another 30 to 45 minutes before wandering off. Roach was on the phone with a friend for the quarter-mile trek back to his truck.

Asked if he thought he was ever going to die, Roach said, "Obviously, in the moment, I tried to not think of anything like that. I was honestly kind of laughing about it because it's one of those situations that obviously doesn't happen every day."

A trip to the emergency room later and a rabies vaccine, doctors doubt Roach will even have a scar.

"I think it makes it a little less believable because I think people are under the impression if a bear bites you, you're missing something," laughed Roach. "So along with it being a cool story, it can be an educational tool too."

The Wisconsin DNR says bears are on the move to try and find food before hibernating. But they're pretty skittish too, so the DNR recommends making a lot of noise and back away if you see one.

The Wisconsin DNR says between 2013 and 2018, four people were hurt in attacks in the state and no one has ever been killed in recent memory.