Digital Detox: Cruise down the White River in a paddleboat

We're finding ways to keep kids interested and off their phones or computers this summer. 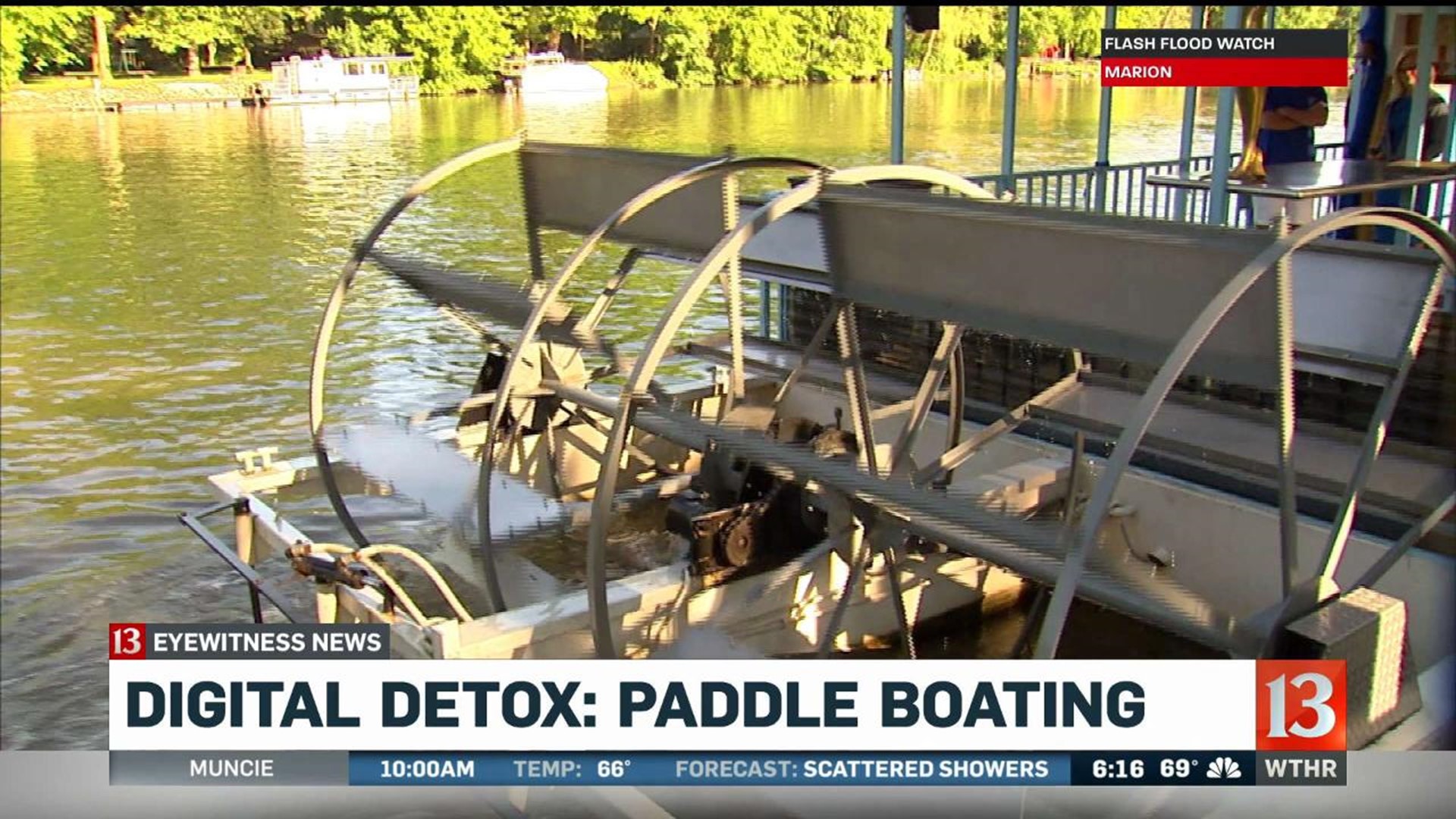 INDIANAPOLIS (WTHR) — We're finding ways to keep kids interested and off their phones or computers this summer.

Have your kids ever seen a paddleboat? How about taking them on a cruise on one down the White River?

Captain Michael McRee, founder of Broad Ripple Boat Company enjoys his long journey down the White River, pointing out the wildlife and the nostalgia of an era gone by.

"There is a lot of history on the river," he said. "Back in the day there were three of these boats on the river back in the early 1900's. Now this is the only one."

Captain Mike picks his passengers up at Broad Ripple Park, then heads north for two hours, turning around at Sandy point.

He said he is always surprised at people who have no idea it's on the White River.

"I've had hundreds of people on this boat that say they live less than a few miles from the river, and they didn't even know it's here".

The boat can hold up to 65 people at a time, and guests can bring your own food and drinks along for the trip.

The Perseverance II has been a labor of Love for Mike. Ten years ago he had it pulled out of Lake Monroe.

After three long years of salvaging this abandoned Paddleboat, his work paid off.

The Perseverance II was named after her predecessor who roamed the White River over 100 years ago.