It will be the single largest private development of its kind in Indiana. Friday morning dozens of city leaders joined developers as they celebrated the groundbreaking for Bottleworks. 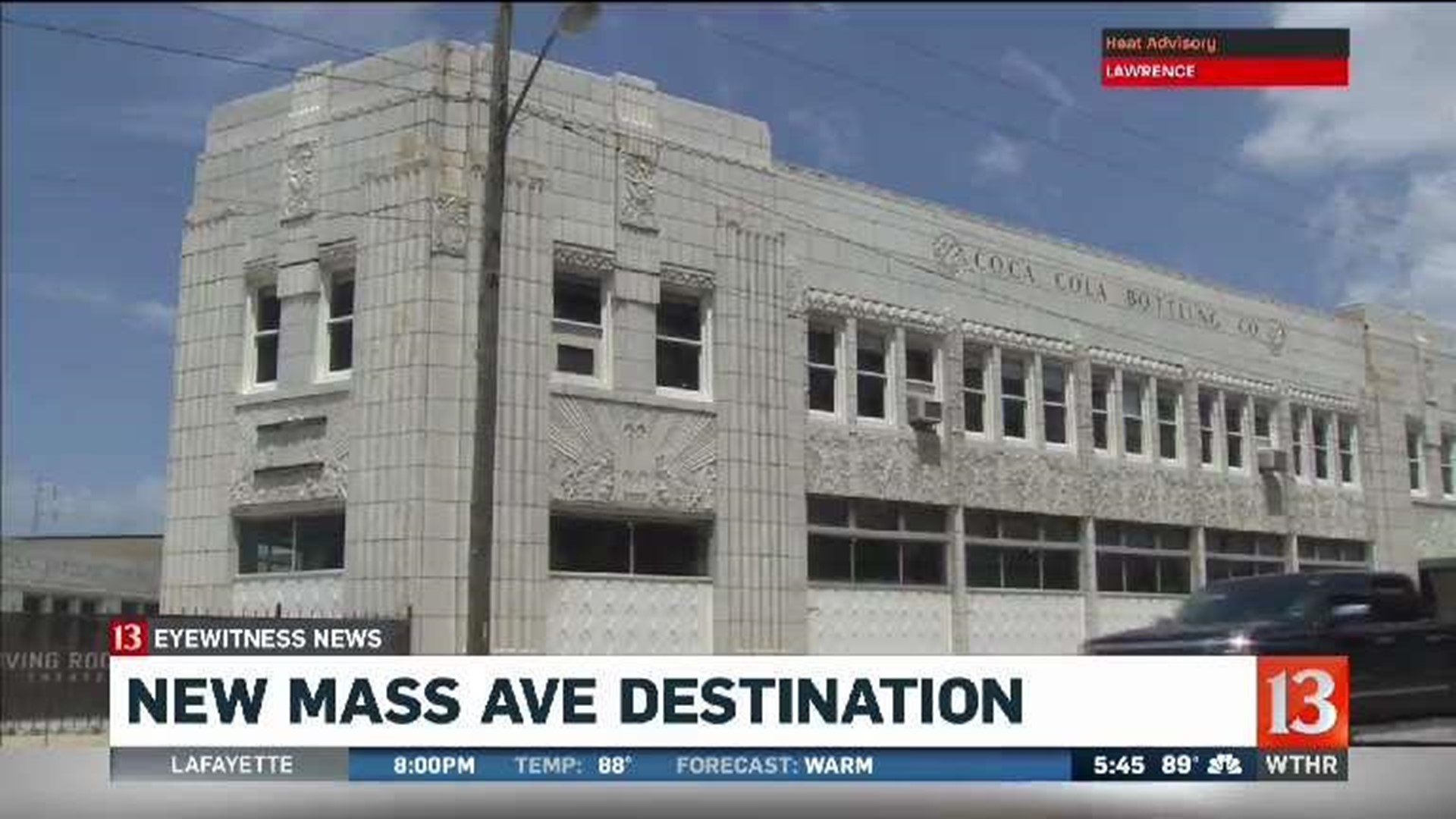 INDIANAPOLIS (WTHR) – It will be the single largest private development of its kind in Indiana. Friday morning dozens of city leaders joined developers as they celebrated the groundbreaking for Bottleworks.

It's a new mixed-use complex planned for the north end of Mass Ave and involves a large piece of the city's past.

It will encompass the 12-acre site of the former Coca Cola Bottling plant, most recently owned by IPS and used as its transportation center.

Mayor Joe Hogsett called the project "nothing short of transformative."

Hoops said, "It's a tremendous anchor for not just Mass Ave and downtown, but Indiana."

Hendricks Commercial Properties, the Beloit, Wisconsin-based developer is behind the project.

The plan calls for condos, apartments, a West Elm hotel, the first in the country, shops, movie theaters office space and a food hall.

Rob Gerbitz, president and CEO of the company said the food hall would have 26 vendors "from meat to seafood to restaurants to chef start-ups."

Hoops described it as "a pretty incredible project to take a historic building like the Coca Cola Bottling plant and preserve it in a way that's going to make people come see it for the architectural reasons and then all the amenities."

Gerbitz said his passion is "working with buildings that are absolutely iconic and authentic," but adds it takes more than that to be successful.

"We can do the pretty stuff, the walls, brick and mortar, we're good at that," he said. "But ultimately it's the tenants that make this place sing and feel like it should."

The old administration building along Mass Ave will house the 150-room West Elm Hotel. Gerbitz said they will restore the marble floors, tile walls, crown molding and other original architectural features as much as possible.

Heather Givens, who owns a quilting store across the street said she was excited about the project, especially the preservations of such historic buildings.

"With all the new construction happening, it's pretty cool there's an effort to maintain it, so total thumbs up. That's awesome," she said.

Brook Richards who works downtown, called Bottleworks "a beautiful idea...What I like is the fact there will be more opportunities for jobs downtown and more things to do downtown at night."

Gerbitz said phase one of the project, which includes the hotel and food hall should be done in 2020, with the remainder of the development finished by 2023.