Despite persistent unemployment across the country, local restaurants struggle to find staff

While the hospitality industry has always had steady turnover, current worker shortages are like none previously seen. 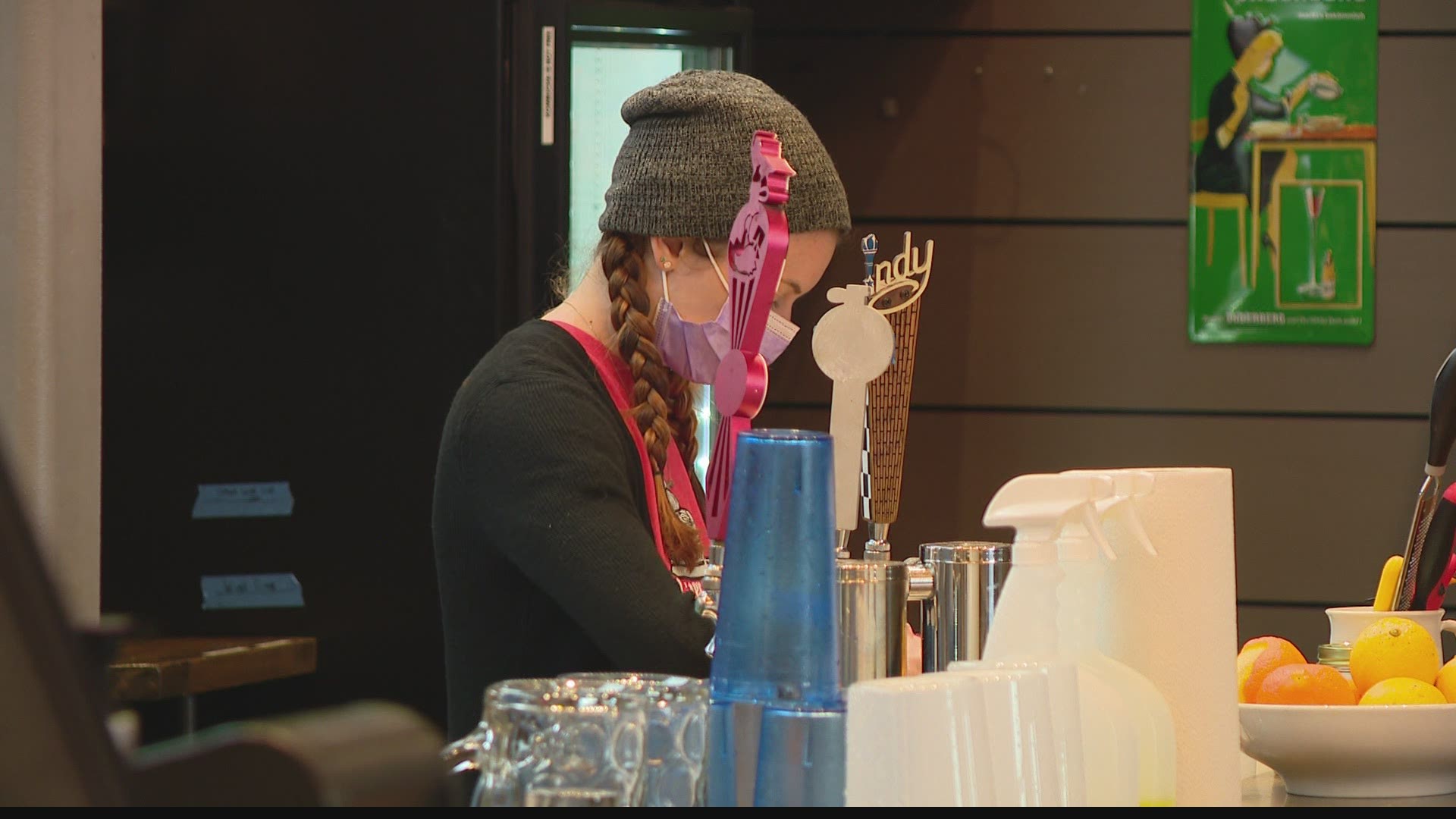 INDIANAPOLIS — The pandemic has been hard on restaurants and bars, and it’s not just about attracting customers.

Many businesses are having trouble finding employees.

“It's hard to find cooks,” Sahm said. “A lot of people are leaving to go to different ventures, construction, landscaping or insurance or something more stable."

While the hospitality industry has always had steady turnover, it’s been nothing like it is now. One website lists more than 2,500 openings in Indianapolis restaurants alone.

The owner of AJ's Bar and Grill is trying to fill 10 positions.

We're having to staff thin,” said Kevin LaBarr. “People are not taking days off. It's simply bodies, we don't have the bodies to get this done."

Adding to LaBarr’s frustration is lack of follow-through on the eight interviews he booked this week.

“They set up the interview, we agree to and they don't show up,” he said.

With so many people out of work, why the shortage?

Thor Wood, founder of staffing service Snap-Shyft, called it a tough trade-off for hospitality workers who may worry about risking their health for lower wages and no benefits.

Sahm said he gets it. That's why he’s adamant about social distancing and masks while also ensuring employees earn enough to keep them here.

“We've shifted to a tip pool, a team setting where everyone benefits from us being busy,” said Sahm.

LaBarr said servers at AJ's can make at least $25 an hour in tips. Still, he's now considering a benefits package

“We have enough business for servers and bartenders to make a nice living."