Delphi man, 90, has a puzzling hobby

It all started when his daughter asked him to put together a puzzle for her. She had no idea what she had started. 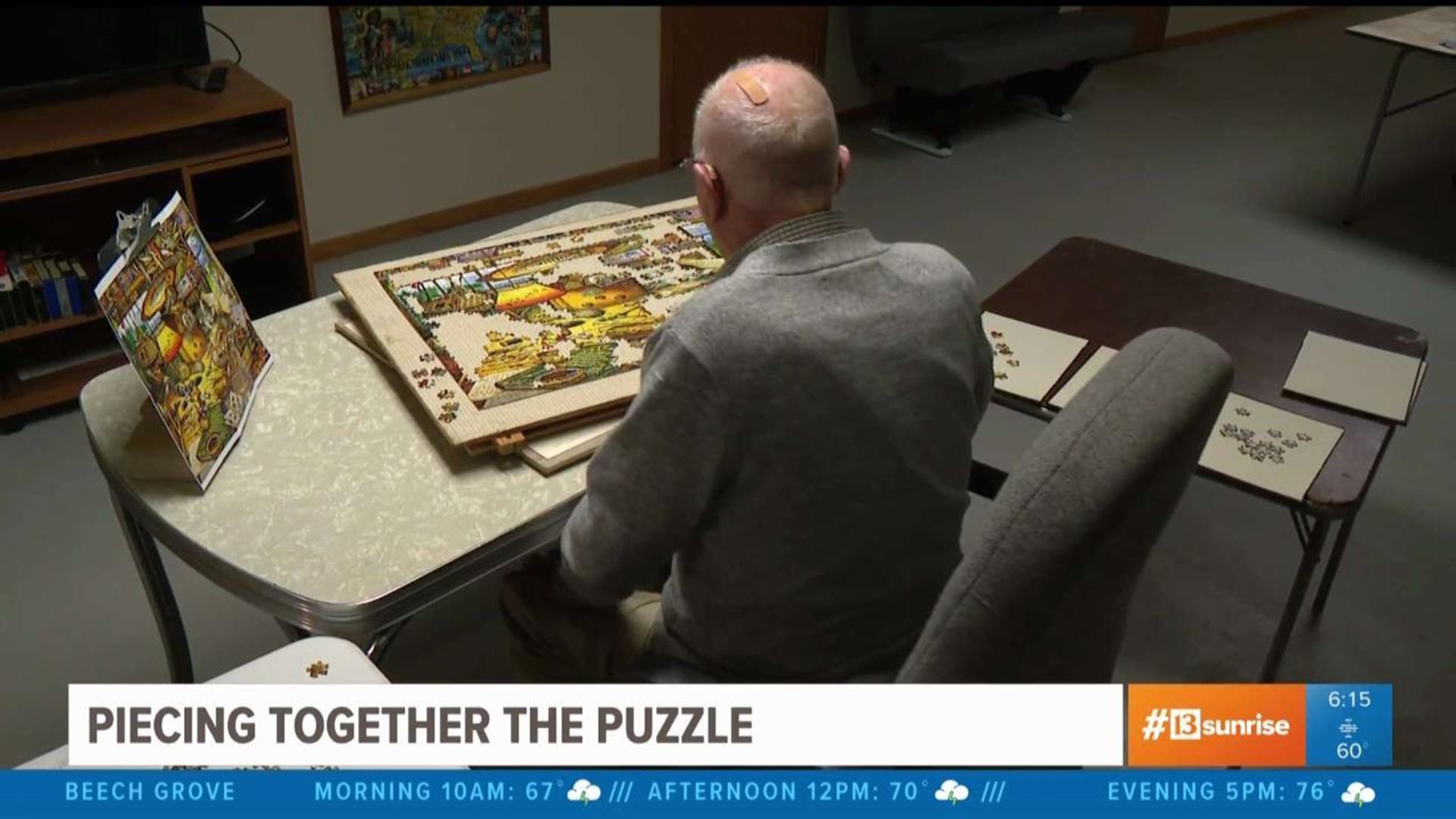 Resting in a recliner in his rural Carroll County home, he sat just beneath a picture of his pride and joy: His 1967 Ford Mustang, made into a puzzle by his daughter.

"I guess I thought it was like part of the family," Bob said.

Actually, that is the puzzle that hangs on the opposite side of the room. Four kids, 12 grandkids and 19 great-grandchildren.

"They took that picture and then had a puzzle made, so I put it together and put it here because it is part of the family or most of them," said Bob.

That might seem a little different, piecing your life together like that, until you follow Bob down to the basement, where it all just seems to fit together.

We asked what people say when he shows them his basement display.

It is a little puzzling. In fact, more than a little.

He says it all started when his daughter asked him to put together a puzzle for her. She had no idea what she had started.

He not only builds his own frames, he also created a spin top puzzle board, which allows him to work from every angle. Then he glues the puzzles together and displays them.

"It's wonderful," said son Ken Walton. "It keeps him active and makes it easy for Christmas and birthdays. We always know what he enjoys."

We asked Doris Walton what she thought her husband was going to do with all his creations.

"I don't know what he is going to do with all of them, but I am not worried about it. He'll find a place," she said.

That is an understatement.

After nearly 70 years of marriage it's very clear all the pieces in Bob Walton's life fit together perfectly.

We asked how many that would be in puzzles.

"That would be a bunch of them," he said.

Its getting hard for the folks at the craft store to keep up with him.

Asked if he would ever run out of puzzles he could do, Bob replied "I keep thinking that, then I see another one and think 'well I haven't done that one.'"