Indiana is about to jump into another contentious debate over religious freedom and civil rights for the LGBT community. 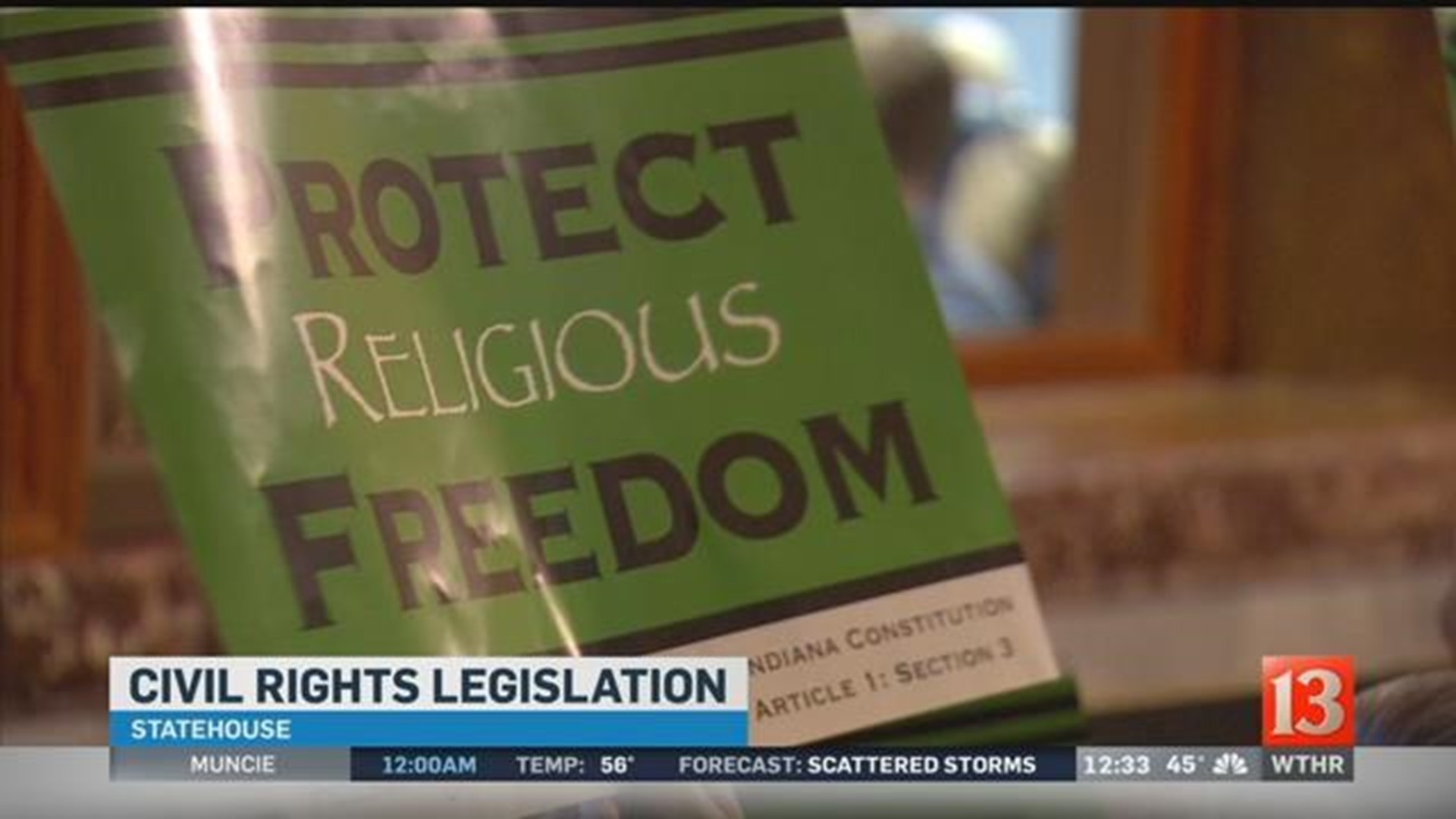 Indiana is about to jump into another contentious debate over religious freedom and civil rights for the LGBT community.

Last year's debate at the Statehouse over the Religious Freedom Restoration Act cast the state in a bad light and also cost Indiana's economy millions of dollars.

It is a debate over the protection of civil rights. Both sides say their side is being infringed upon, but that debate is infringing on another right - the right to make a living.

Around 75,000 people work when the city hosts a convention in Indianapolis. That is why all eyes will be focused on the Indiana Statehouse Wednesday as lawmakers debate RFRA and civil rights once again, while the city still fights the fallout from a year ago.

"From a tourism perspective, we have had some fallout. Twelve groups, conventions, saying, 'No, we are not ready to meet in Indianapolis,' and when asked open-ended, the cited RFRA as one of the reasons," said Chris Gahl with Visit Indy. "$60 million in lost convention business."

A recent study by Visit Indy, in conjunction with Walker Research, revealed 58 percent of decision makers remembered Indianapolis, not because of the Colts or the Pacers or the 500, but because of RFRA.

"As recent as last week in meetings with people thinking of bringing their convention events to Indianapolis, proactively, they are bringing it up," Gahl said. "They are saying, 'What is happening at your Statehouse?'"

What is happening at the Statehouse is that Senator Mike Young (R-Indianapolis) wants to repeal RFRA.

"I don't think this is a fix for RFRA. This would get rid of RFRA. There is no fix for RFRA. It would be gone in my bill," Young said.

But opponents have dubbed Young's bill "Super RFRA" and are pledged to fight it. In the afternoon, another Senate committee will hear a bill that many hoped would add sexual orientation and gender identity to Indiana's civil rights law, but instead it tries to carve out compromise protections for those who believe their religious rights are being infringed upon.

In other words, the issue and the scene that so many had hoped the state had put behind it is back and it will be costly.

The debate gets underway at 9 a.m.