Debate on ballpark safety grows after kids hit with baseballs

Debates about safety are sparking around central Indiana after a boy was hit by a foul ball at an Indianapolis Indians game. 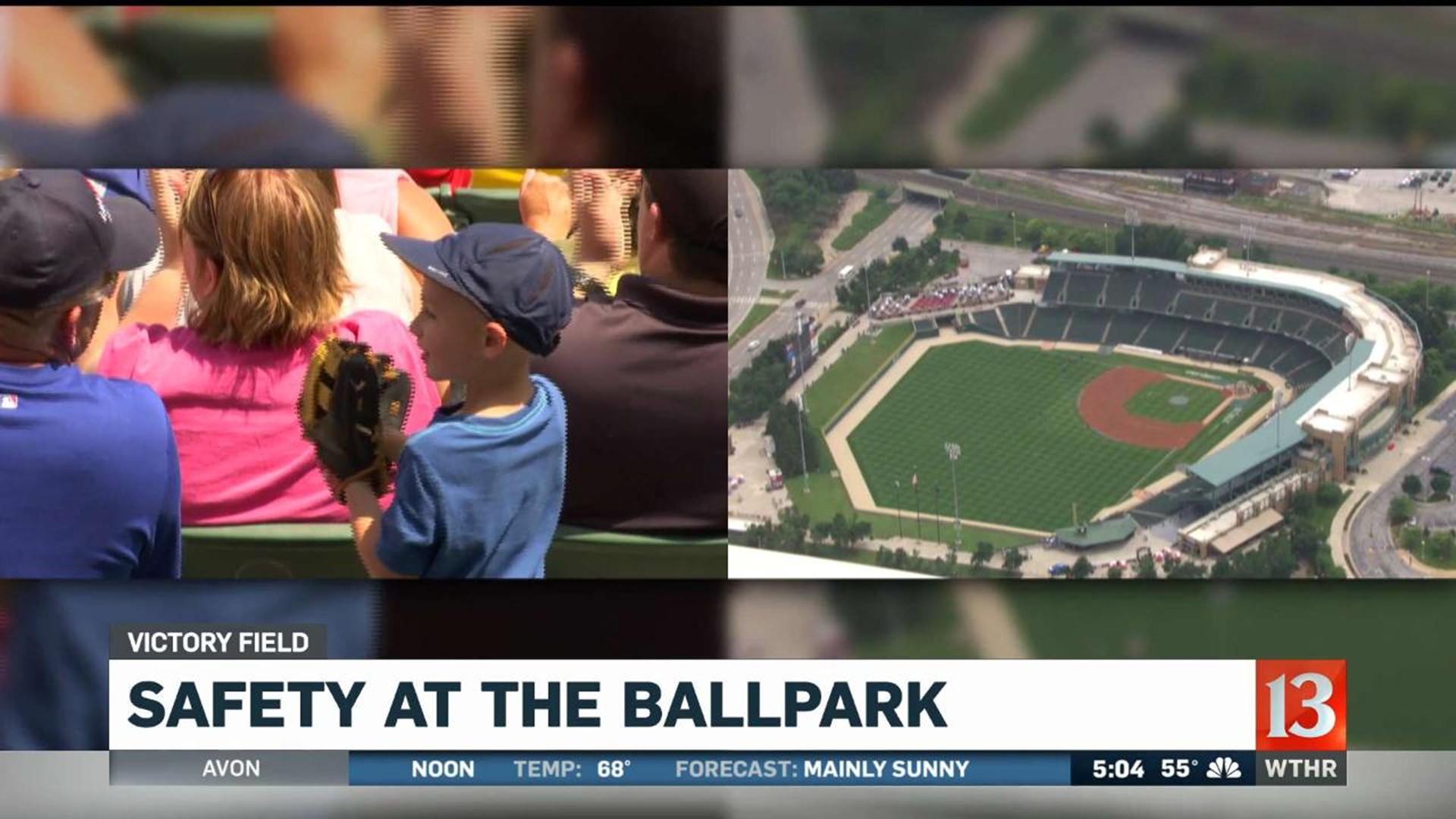 INDIANAPOLIS (WTHR) — Debates about safety are sparking around central Indiana after a boy was hit by a foul ball at an Indianapolis Indians game. The incident came just days after a toddler was hospitalized after getting hit with foul ball in Houston at a game between the Houston Astros and the Chicago Cubs.

Some people are suggesting it would be safer if more netting was added, but others say that would take away from the atmosphere at the game.

Major league ballparks across the country added more netting ahead of last season and the Indianapolis Indians upgraded their safety netting at Victory Field in 2017. Japanese baseball stadiums have netting from foul pole to foul pole, but parks in the U.S. haven’t gone that far, extending netting to, or just past, each team's dugout.

Sports teams are protected from lawsuits brought by injured spectators by the “assumption of risk" rule. You may notice tickets usually contain fine print about the potential danger to fans, and the person using the ticket shares responsibility for their own safety.

A site called "A View From My Seat" can help you make sure you’re in an appropriate spot. Victory Field is on the site and even though it doesn’t go seat by seat, it can give you a better idea of what you can expect in each section.

People we talked with say it's important to pay attention during baseball games. Since a major league baseball can get smashed up to 110 miles per hour (and they’re probably not much slower in the minor leagues!), they say it’s important to put your phone away, keep an eye on the kids and just watch the game so you’re less likely to get caught off guard.