Woman killed in US 52 crash east of New Palestine

The sheriff's office confirmed that a woman from New Palestine died in the crash. 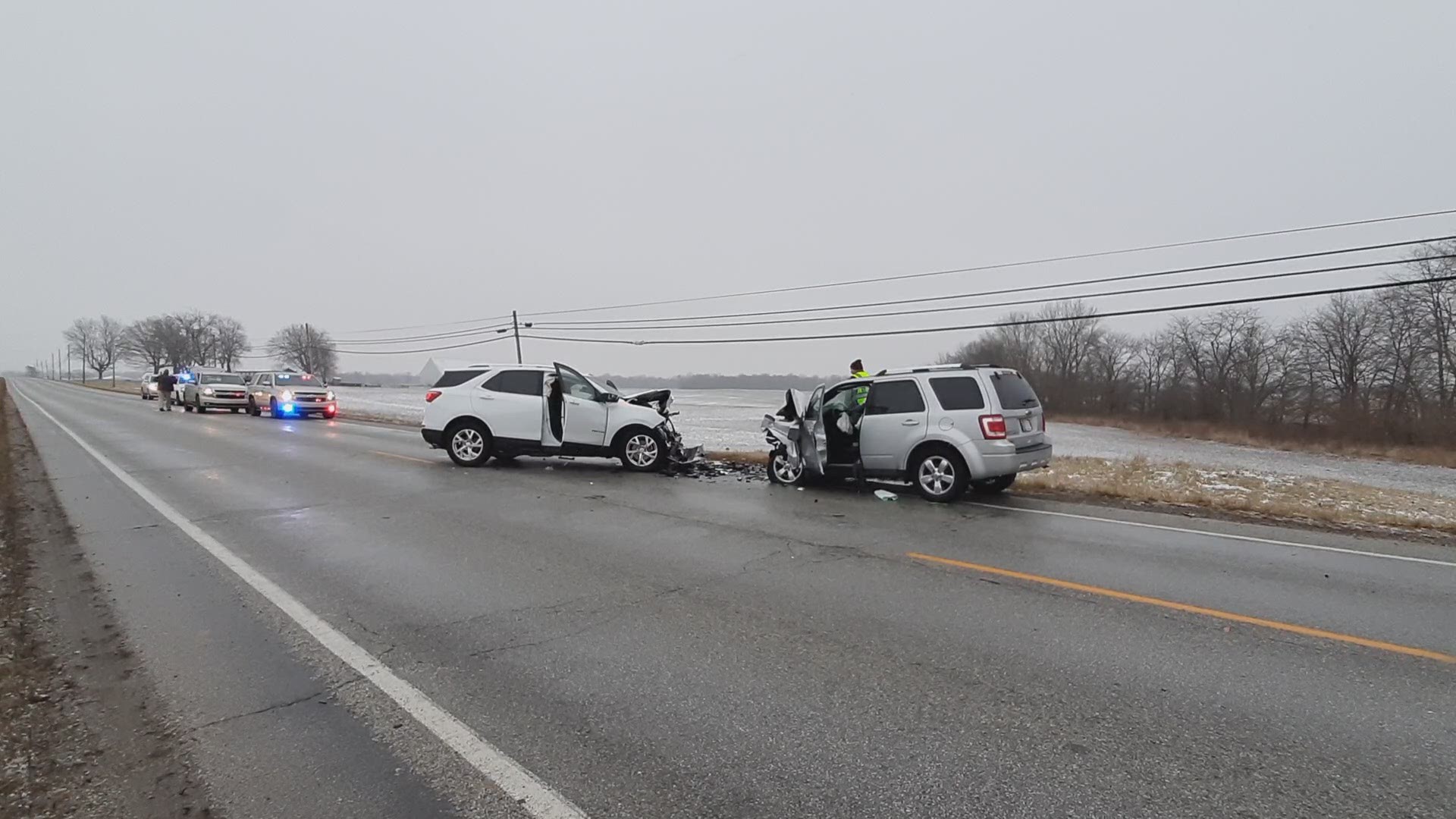 NEW PALESTINE, Ind. — A New Palestine woman was killed Sunday morning in a crash on U.S. 52 east of the city.

Peggy Brune, 69, was taken to IU Health-Methodist Hospital after the crash and died there, according to the Hancock County Sheriff's Department.

Crash investigators believe Brune, driving a Ford Escape, was heading east from New Palestine when a Chevy Equinox, driven by Michael Wilcox, 66, of Fountaintown, crossed the center line into her path and the two crashed head-on.

Wilcox and his passenger, identified by police as his 45-year-old son, Michael A. Wilcox, were also taken to the hospital with injuries described as non-life threatening.

The elder Wilcox is cooperating with investigators, including drug and alcohol tests, although investigators do not believe they were a factor in the crash.

Investigators have not determined what caused Wilcox to cross from the westbound lane into the path of Brune. She appeared to attempt to avoid a crash by swerving toward the shoulder, but both SUVs collided in the eastbound lane.

RELATED: One dead after two-vehicle crash near Greenfield