Deadly crash closes I-65 on Indy's south side

Investigators determined the person who died was the driver of the wrong-way vehicle and was later identified as Christopher Kattman, 29, of Greenwood. 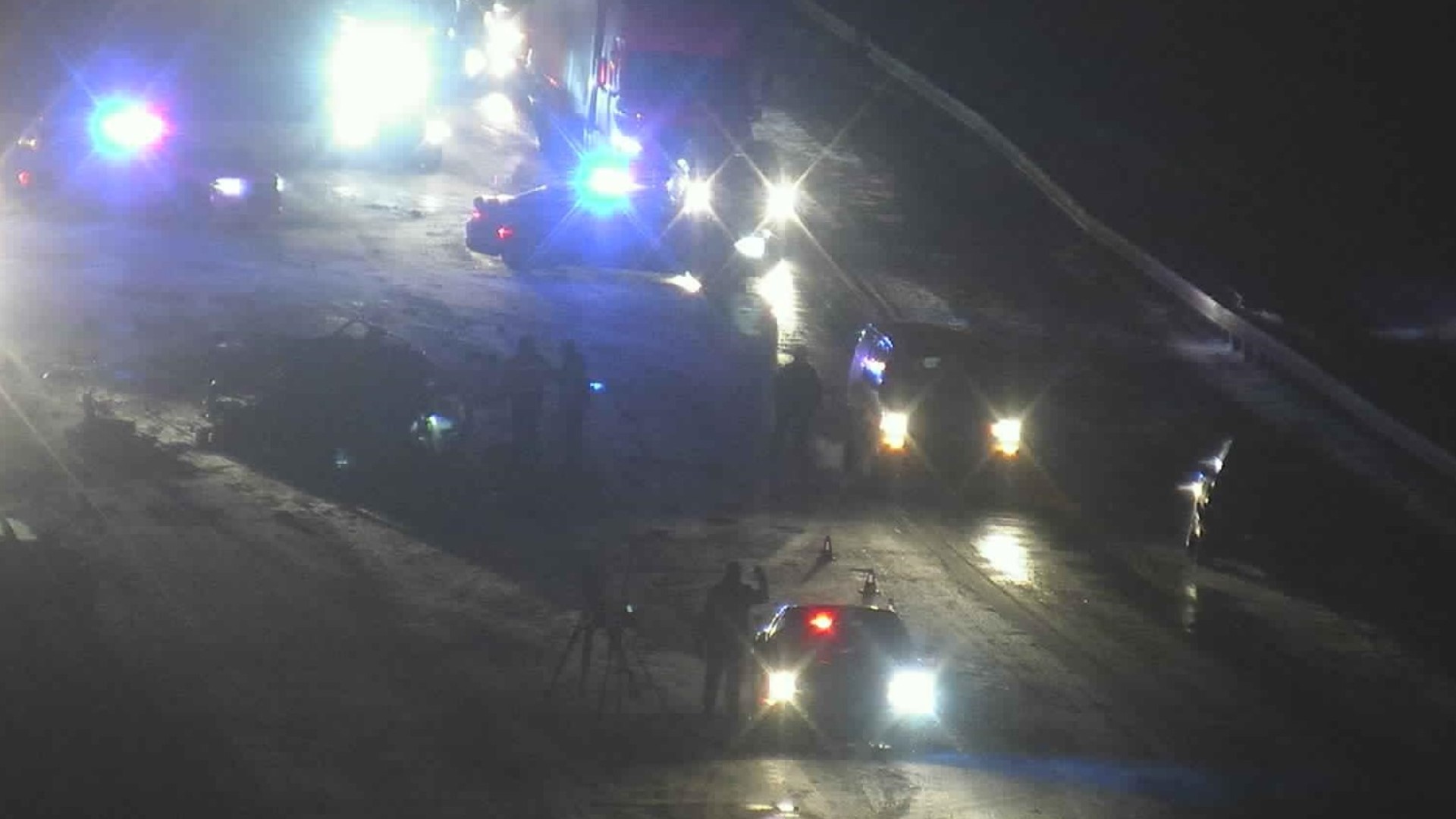 INDIANAPOLIS — A Greenwood man has died after driving the wrong way on I-65, resulting in a crash on the city's south side Sunday morning.

Police first received calls shortly after 1 a.m. of a car driving the wrong way in the southbound lanes of I-65.

Shortly after receiving the first calls, police were alerted of a serious crash involving multiple vehicles on I-65 near Southport Road.

First responders arrived and found multiple vehicles damaged with the wreckage blocking all southbound lanes of I-65.

Police said two people were taken to hospitals, but another person was found unresponsive and unconscious. Medics pronounced the person dead at the scene.

Investigators determined the person who died was the driver of the wrong-way vehicle and was later identified as Christopher Kattman, 29, of Greenwood.

Investigators were at the scene of the crash for nearly six hours and were able to determine a vehicle struck an SUV head-on, and two other vehicles were struck after the initial incident.

Investigators will work with the Marion County Coroner's Office and the Indiana Department of Toxicology to determine if alcohol was a factor in the crash.

While investigating the crash, police also arrested two other alleged drunk drivers near the scene.

According to police, one person drove around the emergency vehicles into the closed-off scene. When an officer ordered the driver to stop, the driver backed into a stationary fire truck. Police arrested the driver for operating while intoxicated.

Police said another driver in the backed-up traffic on I-65 was allegedly intoxicated and subsequently arrested.