It is now required that you wear a mask in DC. Here are some of the few exceptions 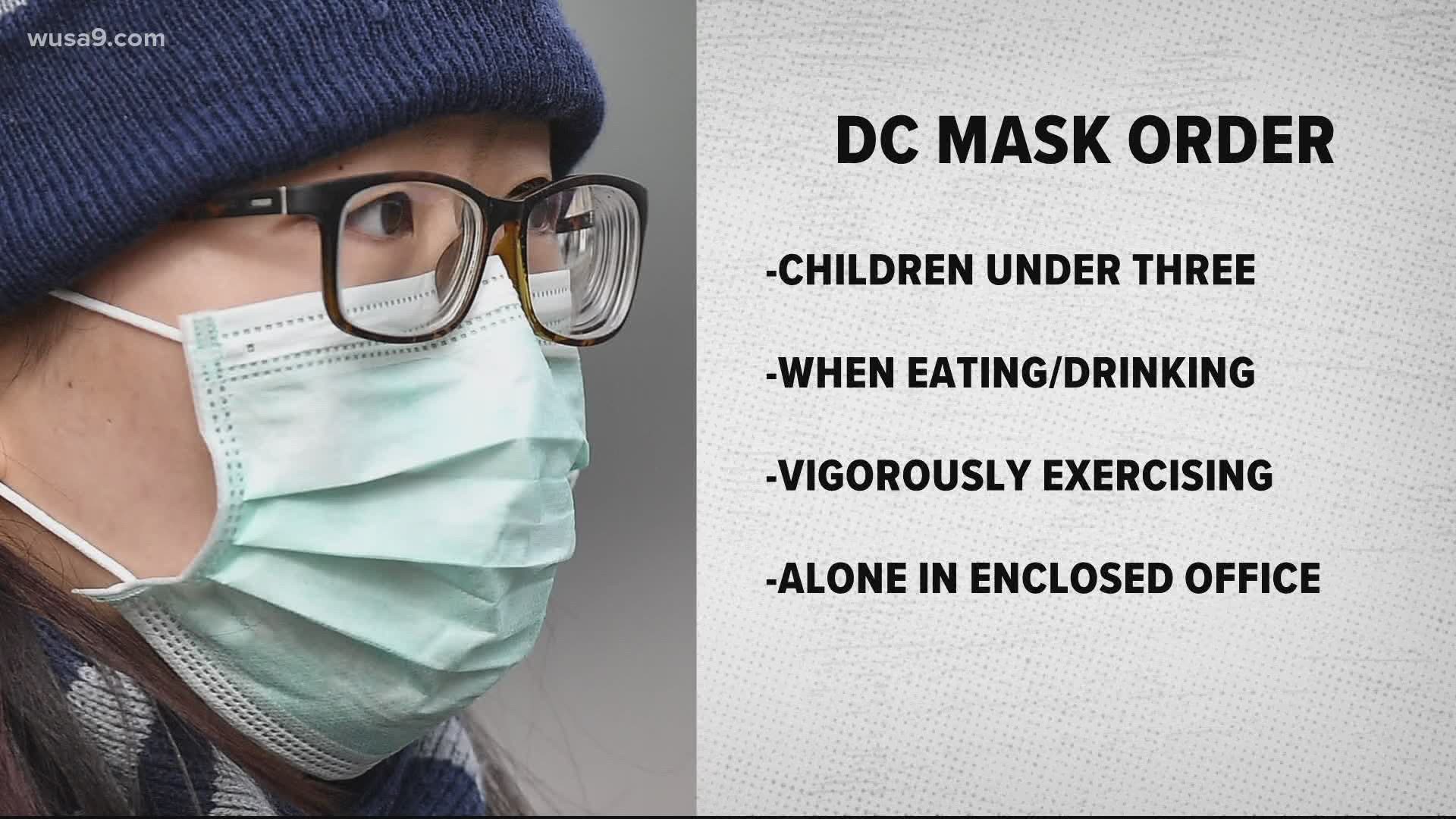 WASHINGTON — D.C. Mayor Muriel Bowser signed a new mandatory mask order after announcing that the District is seeing an uptick in coronavirus cases during a Wednesday news conference.

The new mandate enforces that residents should be wearing masks when they exit their homes, enter restaurants and business, or are even in an open office space, Bowser said.

"You should have on a mask because you do not know if you would be able to maintain social distance," Bowser said.

The new order is effective immediately.

Bowser said this new order was put in place as an emphasis to enforce mask-wearing and to separate mask policies into its own mayoral order.

The new mask mandate also lays out and specifies a few exceptions:

RELATED: VERIFY: Should you wear masks when exercising outside? 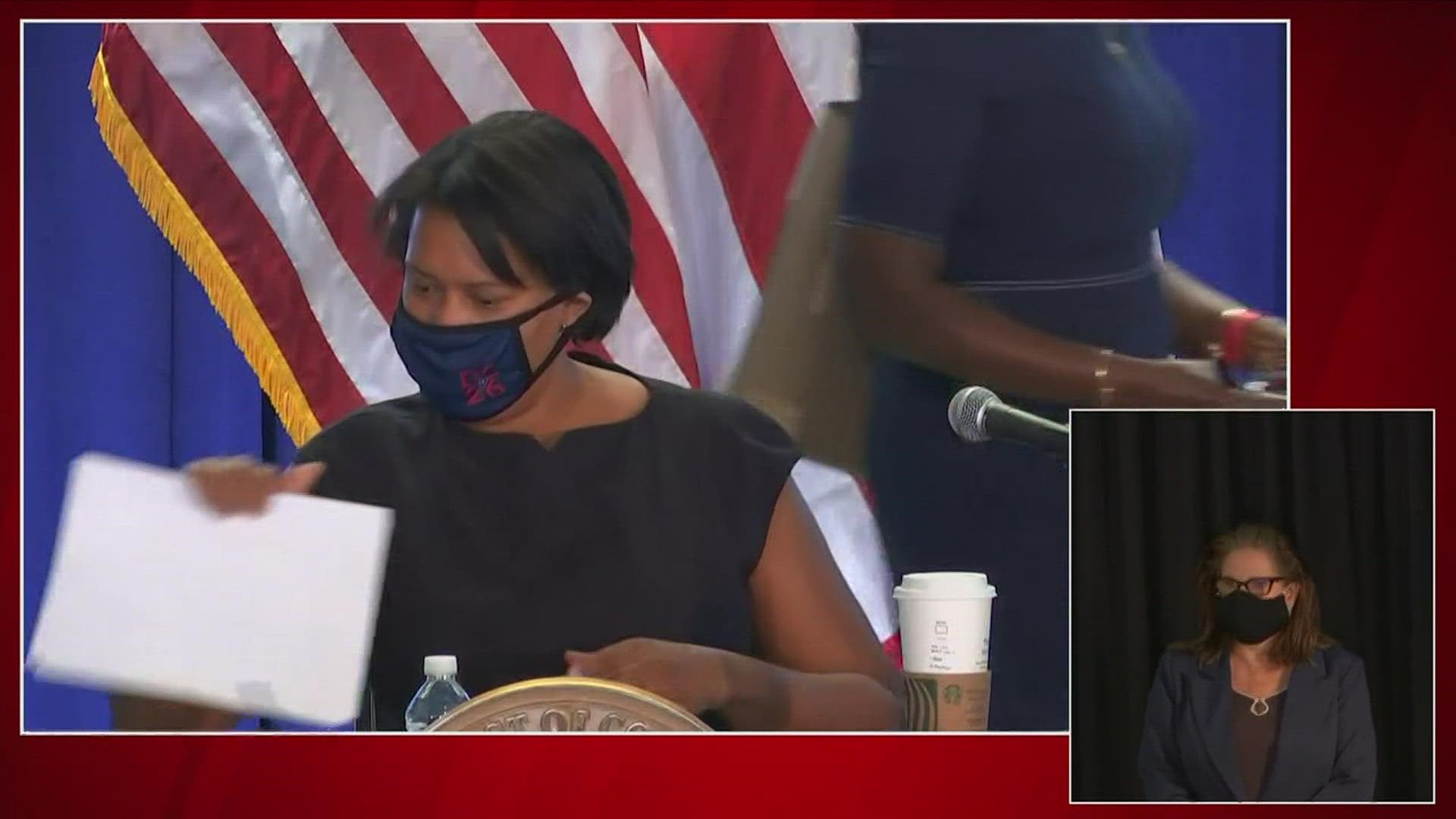 As of Wednesday, city leaders have seen an increase in the District's coronavirus cases.

City officials are reporting that they are not seeing a connection in the recent number of cases. They said it is also alarming because they are not reporting a declining trend in community spread.

Officials are also starting to notice concerning trends in the increase in positivity rates of employees who work in long-term care facilities.

Data also shows an increase in cases of people under 40 years old, officials said. Between July 1 and July 20, 66% of positive cases were people under 40 compared to 41% prior to July 1.

Since July 1, the percentage of hospitalized cases that are people under 40 doubled. It was 16% and now it is 29%, according to city-data. Officials have also seen an increase in cases of children 14 and under.

Bowser said the new mask mandate will be enforced. Details on the enforcement and new regulations will be released soon. 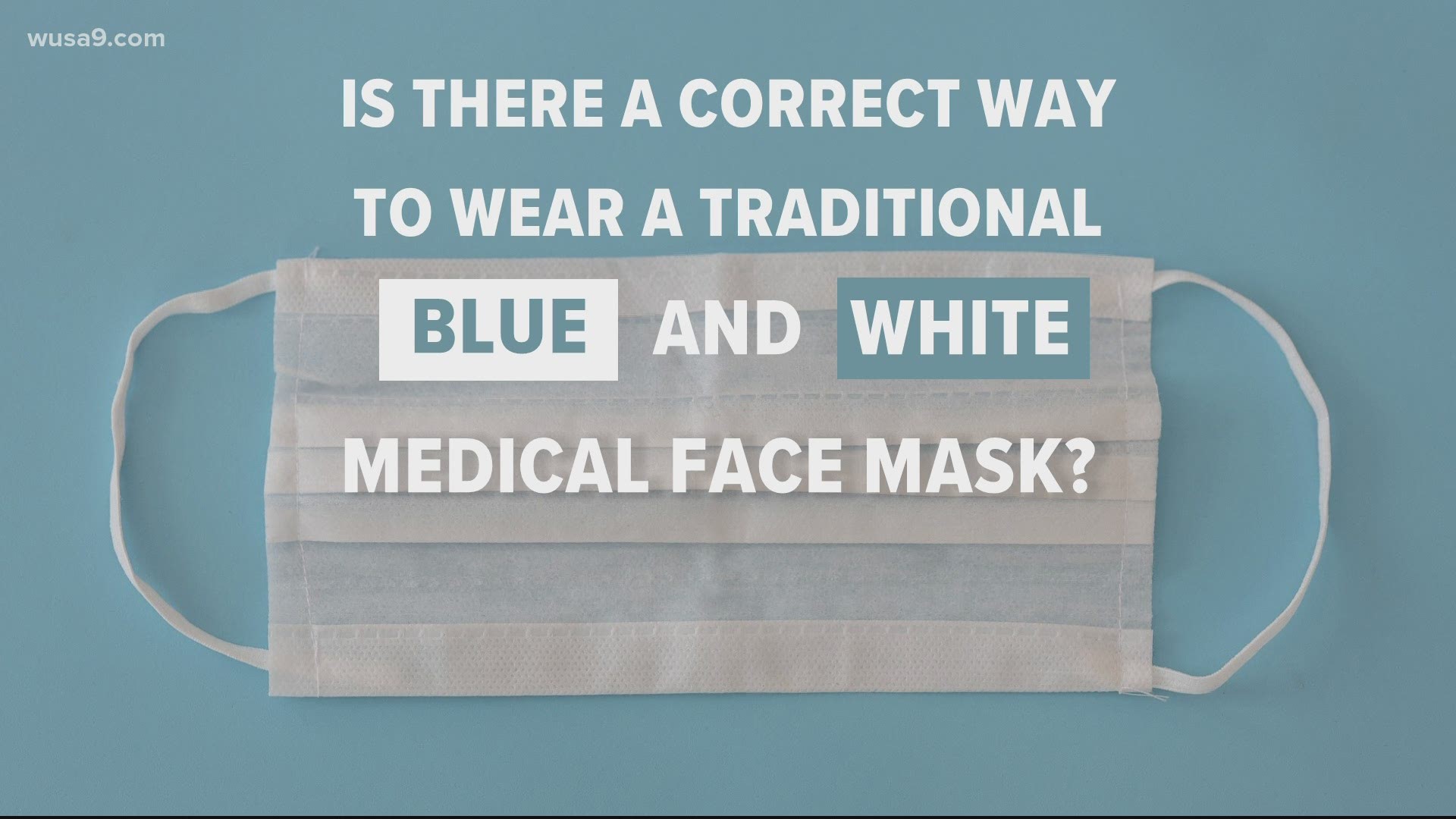 RELATED: Trump appears to encourage face mask use without saying it in 'patriotic' tweet