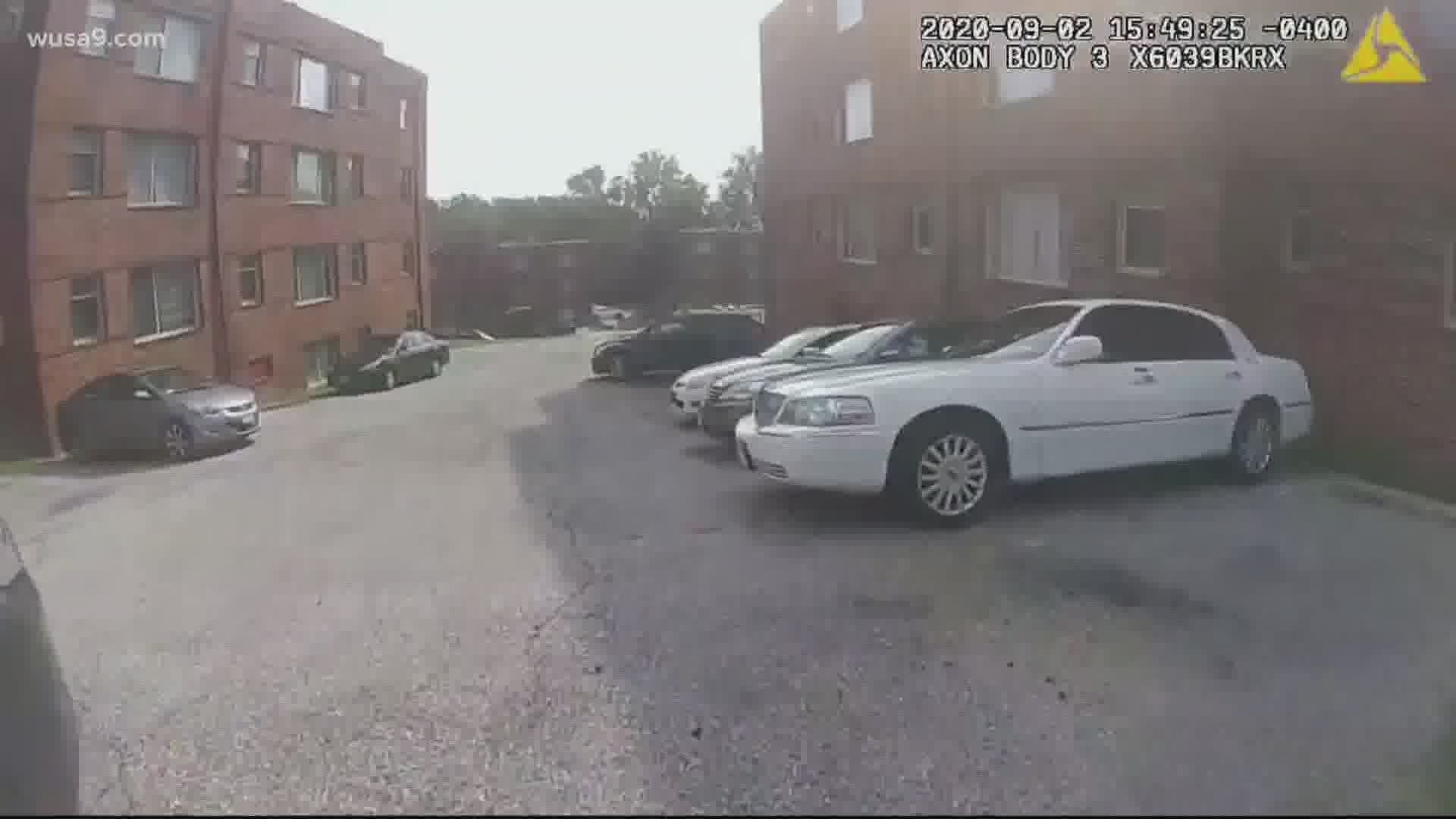 The body camera video from the perspective of officer Alexander Alvarez shows him approaching a vehicle officers were looking for.

Alvarez and other officers were working on a tip that a social media live-streamed video showed guns inside that vehicle, according to MPD Chief of Police Peter Newsham.

One man is seen running away, prompting Alvarez and other officers behind him to pursue.

Alvarez runs after the two men and is heard yelling "don't move" multiple times. Alvarez runs several feet before turning around, where Kay is seen in between him and the other officers in pursuit.

Kay is holding a gun in his right hand and appears to toss the weapon over Alvarez's head when Alvarez fires a single shot, striking Kay in the chest.

Alvarez is then seen on video searching for the gun that Kay had thrown. He searches in the grass for several minutes, ultimately declaring he found it. Bodycam video never shows the gun in the grass, but Chief Newsham says the weapon had traveled 98 feet from Kay.

*WARNING: The video shown below is graphic. Proceed with caution. 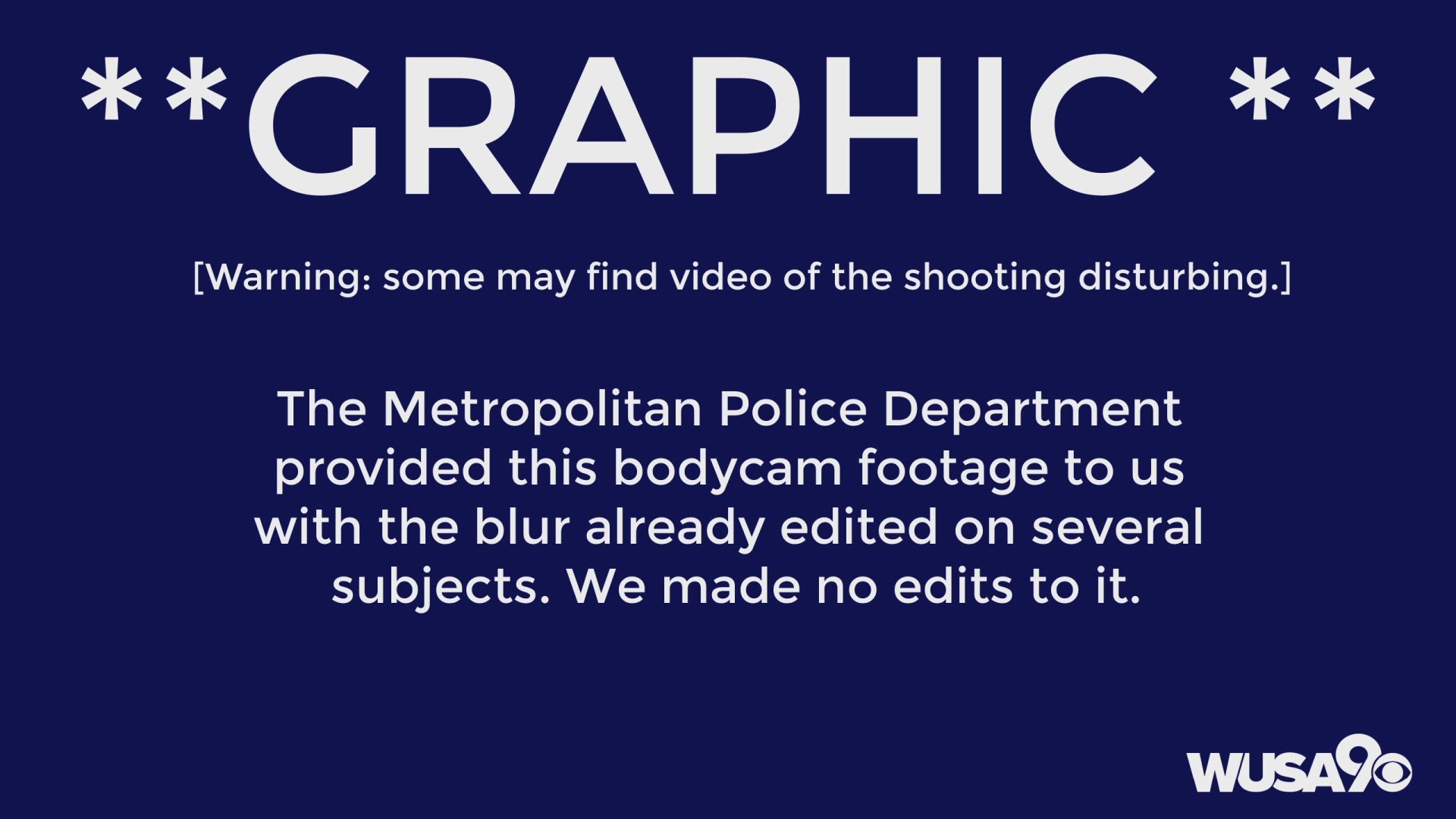 Freeze-frame stills from Thursday's bodycam footage before the shooting:

Kay was transported to a local hospital for treatment of life-threatening injuries but was later pronounced dead.

Muriel Muriel Bowser and Chief Newsham discussed the video along with the findings during their preliminary investigation.

"The footage is an important tool to hold officers accountable," Bowser said during the news conference.

NOTE: Graphic Content. MPD provided this bodycam footage to us with the blur already edited on several subjects. We made no edits to it.

"The video has been put out... you can stop it frame by frame and make your own interpretation," Newsham said.

Newsham said Alvarez has been with MPD since 2018. 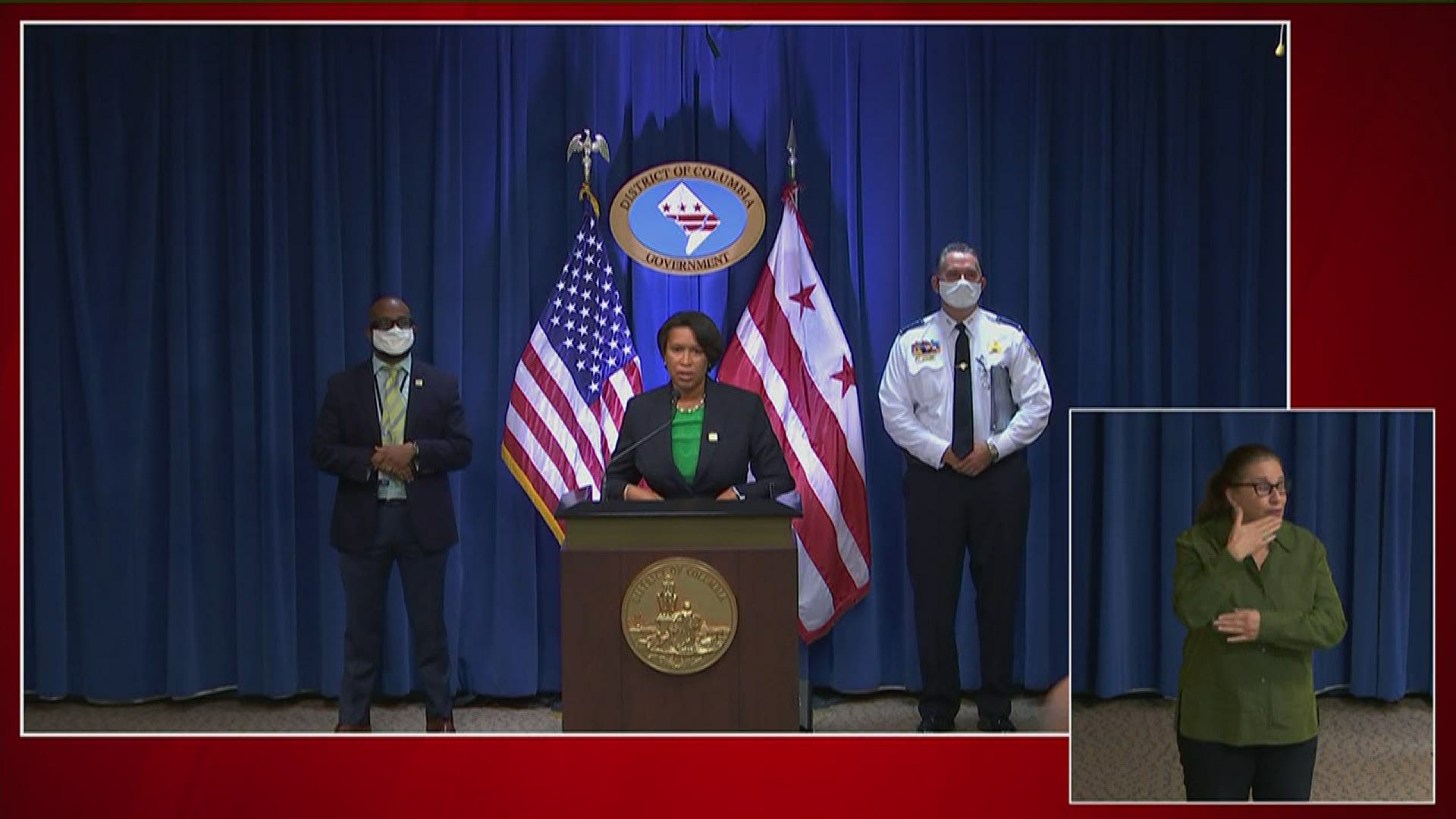 Officers are required to release bodycam footage of fatal interactions under a new law from the D.C. Council passed in July. Family members of the victim can object to the footage being shared. If they agree, the footage must be released within 5 days of the shooting.

The new law also requires the city to release the names of the officers involved.

DC Mayor Muriel Bowser said that Deon's mother has been given "counseling, support, and the ability to view the footage today."