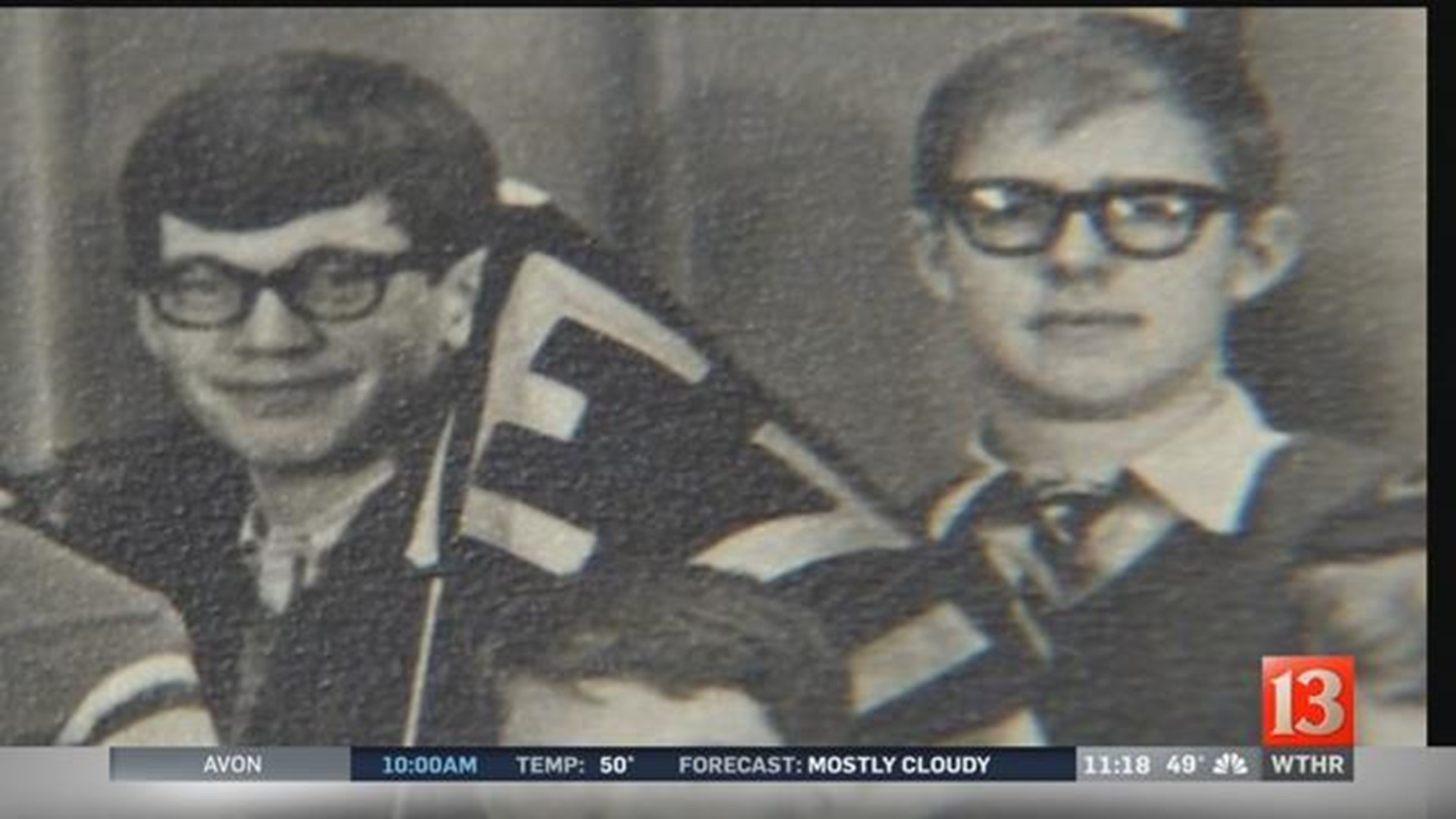 David Letterman, of course, is a born and bred Hoosier.


Those roots in Indianapolis and at Channel 13 helped shape his comedic career.


He honed his comedic skills at Channel 13, as a weatherman, booth announcer and late-night movie host.


Rick Posson went to high school with Dave and later became his boss at Channel 13.


"A lot of the bits he's done over the past 30 years, a lot of those were done in an all-night movie show we did at 13 called 'Freeze Dried Movies'," Posson said.


Posson has since watched him reach the pinnacle of success. He's a lifelong friend and neighborhood buddy from Broad Ripple.


"We happened to live around the corner from each other. He was one of the guys in the neighborhood. It really was an idyllic way to grow up," said childhood friend Jeff Eschowsky.


Dave grew up not far from Broad Ripple High School. His mom was a church secretary, his dad a florist. Friends said as a kid, Dave was shy, witty and loved playing basketball at School 55 and baseball in little league on fields behind the school.


"Fifteen to 20 guys would show up and we'd just play ball all day long and David was a good...he was a good ball player," Eschowsky recalled.


All the kids in the neighborhood, Eschowsky said, were parented by everyone else's. He fondly remembers Dave's mom, Dorothy, who they teased about a certain lunch item she served often.


"Dave's mom used to make these fried bologna sandwiches for us and she would buy these rolls of bologna at Atlas and throw them in the frying pan. I finally told her that we used to use those for doorstops and hockey pucks," Eschowsky said. "When Dave and I had heart attacks around the same time, it was in his family, in my family history, of course. I always kind of blame Mrs. Letterman for those friend bologna sandwiches for it," he laughed.


At Broad Ripple High, friends saw that spark of off-the-cuff humor. Posson remembers a senior speech class, when Dave was called on unprepared.


"She changed it up, called out five names and Letterman was the first one and I knew he hadn't done anything. He says, 'I need to go to my locker. I didn't think I'd be up today. Can I get a hall pass?' and then he went to the cafeteria, bought three oranges and he came back and he got three minutes on juggling, pretending that he was looking at his notes. And of course he got an 'A'."


In Broad Ripple, at age 15, Dave and his friends took jobs at stock boys at the old Atlas Supermarket.


"We got hired at 85 cents an hour sacking groceries and that's when Sid Mauer came into our lives. He was the owner and we worked our tails off for that man. Because we wanted to! Not because we had to. We wanted to," Eschowsky said. "It was very formative for me and I know for Dave also because we had the utmost respect for Sid."


It was that work ethic developed in Indy that friends say stuck with Dave Letterman his entire career - as a student Ball State, and then at WLWI, Channel 13.


As Letterman launched his late-night career to a nationwide audience, he stayed proud of his Hoosier roots and stayed involved in the sport he grew to love here in Indy.


"His uncle Earl first took him to the Speedway," Eschowsky recalled. "We all loved being there, but he really took it to the next level."


In fact, Dave still sees his friend Rick Posson every May at the track. They often joke about his celebrity and his attempt to stay out of the spotlight.


"This one time I said fairly loud, 'You must be Don Lingerman!' Don Lingerman was a character that he played on 'Freeze Dried Movies'," Posson said, "and this guy next to me punches me in the arm and says, 'Dontcha know who that is?!' Letterman walks up and says, 'My name's Don Lingerman!'"


Fame, friends say, was never a big deal to Dave Letterman. He's a humble Hoosier, who just had the enormous talent to make it big.


The next chapter - retirement - friends believe will suit him well.


"He'll do just fine. You know, he's got a nice ranch in Montana to hang out with and I think he'll get more involved in racing," Posson said.


"He'll probably disappear from the scene, I'm assuming," Eschowsky said, "and I would imagine he'll probably do a lot of fly fishing out in Montana with Harry. I just hope he's able to spend more family time because to us, that's critical."


Just like it was for Dave himself, as a kid in Indy.