"He takes care of everybody whether it’s his family, his soccer team, or the kids at his school. So, it was nice to look out for him." 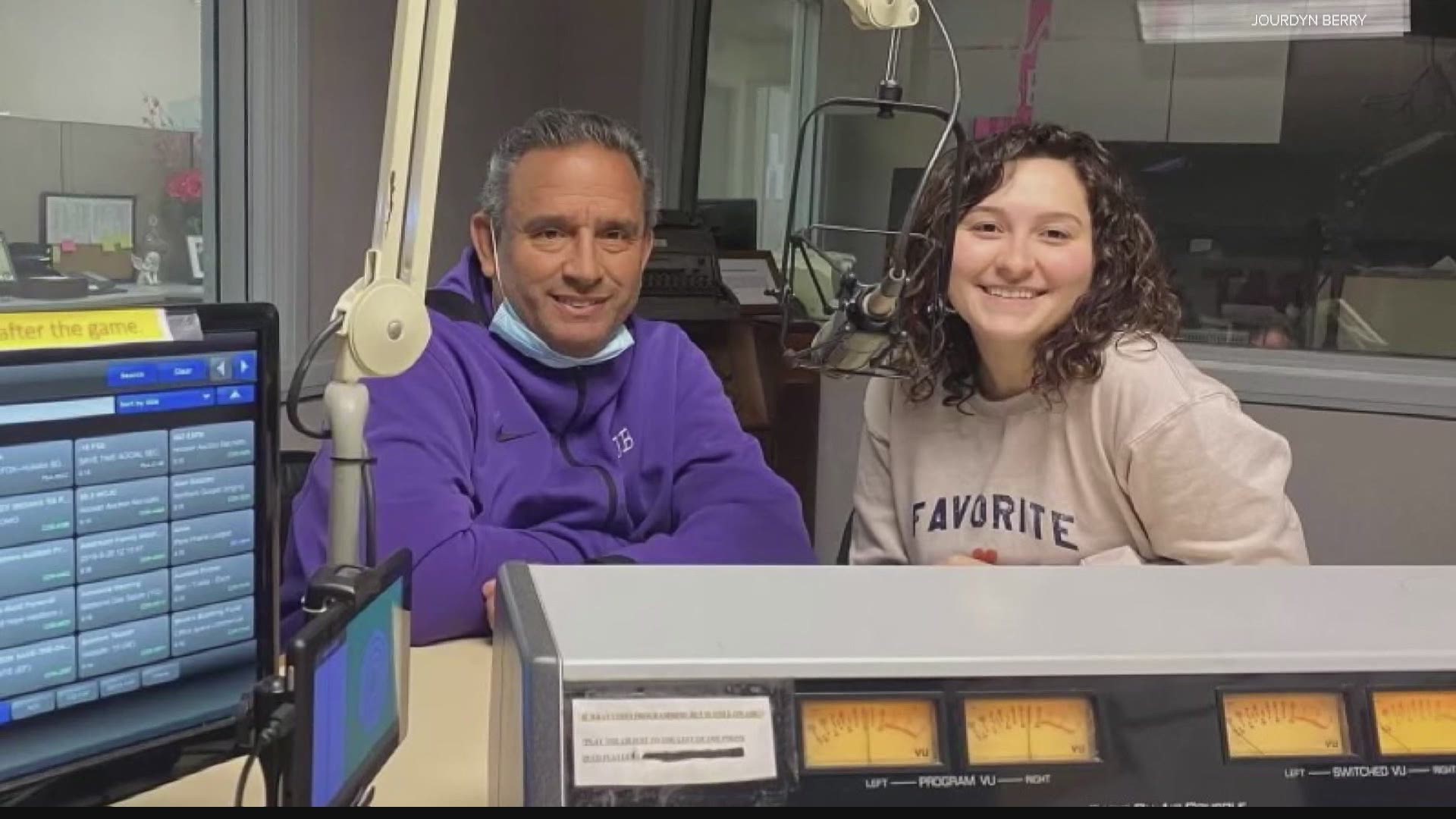 INDIANAPOLIS — Jorge Berry is the kind of father and coach who takes care of everyone else first, but this time someone else was looking out for him — his daughter.

“My life has been extended and it’s all due to my daughter,” Jorge said.

It started back in 2018 when the Berry family went to Disney World. Jorge had no energy and couldn’t keep up with everyone else. When he returned home, he was diagnosed with Stage 2 kidney failure and started dialysis.

Jorge is a soccer coach and teacher at Marion High School. He received evening dialysis and would stay awake the next day to teach, which became extremely difficult.

Jorge’s condition grew worse in late 2020 when he was diagnosed with Stage 4 kidney failure.

In September 2020, Jorge became eligible for a transplant, so his daughter Jourdyn in New York City started looking into becoming a match.

“Naturally I tend to be my dad’s caretaker, just checking in every once in a while. So, to see him go through that and you know, only being home for the holidays or in the summer every once and a while, it was tough,” said Jourdyn Berry.

So, she contacted the transplant team at Ascension St. Vincent and did blood work and urine analysis remotely.

“I didn’t even ask my dad for permission, I just said, ‘Hey, send me the link,’” Jourdyn said.

In February, Jourdyn flew to Indianapolis for an evaluation with the transplant team going through another round of testing.

“I think people immediately think they get tested to become a match but the transplant team is really focused on making sure that you yourself can be healthy if you do decide to donate,” Jourdyn said.

In March, she was officially approved to donate her kidney to her father. Even if she wasn’t a good match, she was still planning on donating her kidney regardless.

“I would do it all over again. I would donate my second kidney if I didn’t need that to live,” Jourdyn said.

On May 24, Jourdyn’s kidney was successfully transplanted into her father and they both are both recovering well.

“He takes care of everybody whether it’s his family, his soccer team, or the kids at his school. So, it was nice to look out for him,” Jourdyn said.

According to UNOS, there are 93,000 people on the kidney transplant list waiting for a donor. Most people wait about four years for a kidney with some waiting even longer.

Dr. Islam Ghoneim, a transplant surgeon at Ascension St. Vincent said kidney donors have declined during the pandemic, making it even more important to donate.

“Living donation is alive and well, even though there are challenges with the pandemic, it is still something that is actively ongoing and you don’t just help the recipient getting your kidney, but you also spare a kidney on the deceased donor pool that can go to someone else,” Dr. Ghoneim said.

Even if you are not a match for a relative, you can still donate to a stranger and your relative will receive a voucher that will move them up on the list.

In the next few weeks, Jorge is hoping to get approval to start coaching and teaching again at Marion High School. He also has big plans to visit his daughter in New York for the first time, after not being able to travel in the last three years due to his dialysis schedule and wanting to stay local.

“He’s just missed out so much on not only his life but mine as well,” Jourdyn said.

You can find more information on how to become a living donor at Ascension St. Vincent here.