Alexa Maxwell says her dad was near death when he was checked in to the hospital Monday; but since then, she's struggled to get any updates from doctors and nurses. 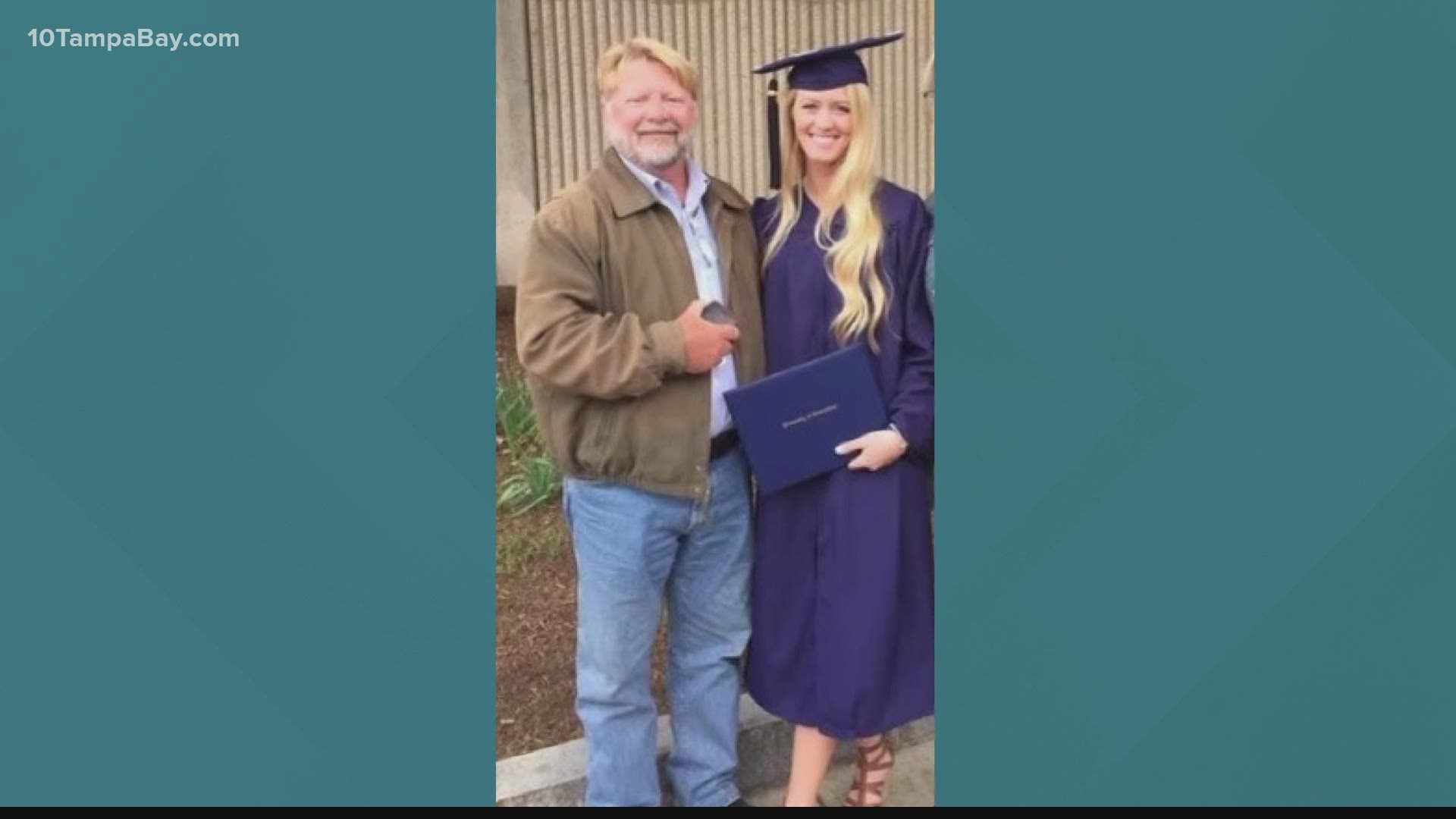 BROOKSVILLE, Fla. — Alexa Maxell knew something wasn't right when her dad didn't call her on her birthday on Feb. 10.

She called him, and sure enough, the 69-year-old was feeling very ill.

Maxwell said her dad, who has diabetes, had been feeling sick since the first week of February. By Feb. 15, Maxwell and her sister called 911 to have an ambulance take him to the hospital. The sisters had their dad's girlfriend follow the ambulance to Oak Hill Hospital in Brooksville, Florida.

Maxwell says he was admitted to the hospital on the 15th and she learned, "He had not been taking his medication. His blood pressure was extremely high, he was nearing a diabetic coma. He had pneumonia, infections in his lungs as well as, obviously was COVID positive."

Since then, she said she was unable to get information or updates on his status.

"It’s been absolutely infuriating. We feel so powerless that we are not able to speak to him or anyone in charge of his care," said Maxwell.

According to her, this is not a matter of medical privacy. Maxwell says she simply couldn't get anyone of the phone. For three straight days, she called every number she could but often the phone would ring off the hook or disconnect. Her dad would sometimes answer the phone in his room, but he no longer knew where he was or who she was.

"On the rare occasion you can make it to the nurse’s station, every time someone has picked up, they don’t have any information for me," said Maxwell who resorted to posting on Facebook desperate for anyone who might have a better way to contact someone at the hospital.

After 10 Tampa Bay reached out to the hospital, Maxwell said she got a call from a doctor with an update.

Maxwell said, "He's having trouble breathing, has infections in his lungs, kidney levels are not where they want them to be."

A spokesperson with HCA West Florida, the hospital system Oak Hill is under, said hospital staffers were familiar with Maxwell and they were updating the registered person on file designated by the patient. However, Maxwell said, "My dad’s girlfriend has not received any calls. She has less information than I do, and she’s just as worried."

Maxwell said, moving forward, she's expecting to get information from the doctor she talked to Thursday morning. By Thursday afternoon, she updated her post on Facebook with: "Update: I’ve spoken to the doctor again and he’s being transferred to the ICU and on a ventilator. Please continue to send prayers or whatever you believe in."

Maxwell's situation is a good reminder to check in on your loved ones, especially those who live alone. Make sure they seek medical care if they're not feeling well before their situation becomes dire.

AARP recommends every adult have an advance directive in which you explain the type of health care you do or do not want when you can’t make your own decisions. You should also appoint someone who can speak for you to make sure your wishes are carried out.