Dad races motorcycle across Nevada with inspiration from children

Matt wanted to show support for the children affected by a "cancer cluster" in Johnson County and raise awareness for pediatric cancer in his own way. 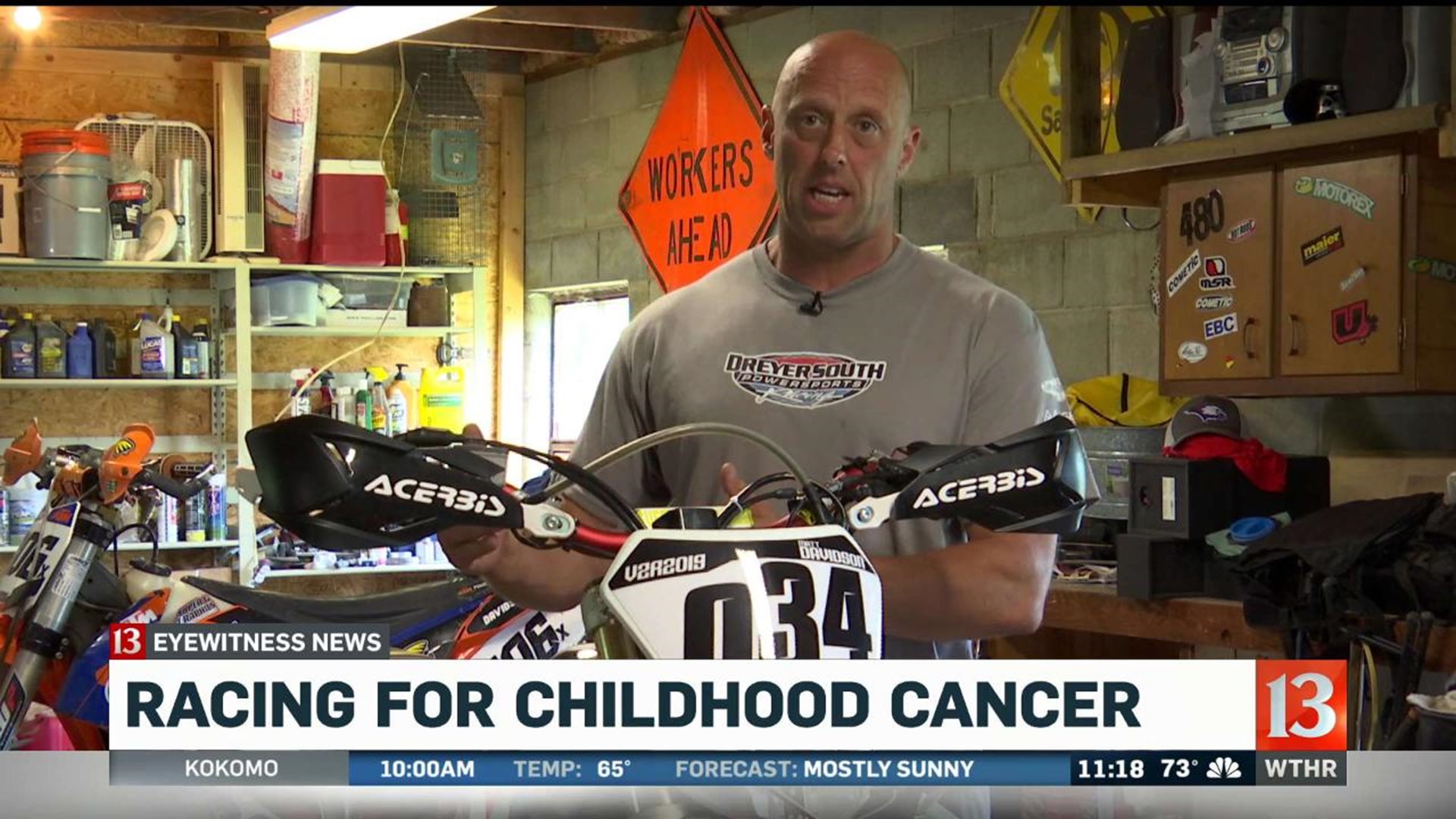 MORGANTOWN, Ind. (WTHR) – Matt Davidson’s 15-year-old son Zane is among 70 children that have battled cancer in what community activists call the “cancer cluster” of Johnson County.

The Environment Protection Agency found cancer causing chemicals in homes and schools in the community.

Matt wanted to show support for the children and raise awareness for pediatric cancer in his own way.

So, he’s racing hundreds of miles across rugged desert terrain Friday. He's drawing inspiration from kids battling the deadly disease and taking part of them along for the ride.

Matt rides a motorcycle on his property in Morgantown through fields and forest.

Friday, he rides 550 miles across desert paths of sand and rocks. Matt competes in the Vegas to Reno endurance race, about 16 hours in one day on a brand new bike built just for this event.

"It's a shame what's going to happen to that motorcycle,” Matt said with a laugh. “It's going to go through hell." But that’s nothing like the hell children go through with cancer.

Matt plans to approach the grueling motorcycle race with the same determination and many supporters wanting to help him raise awareness for pediatric cancer.

"The whole premise of getting to the end kind of plays back to these kids and some of the struggles that they face,” said Matt. “They have to understand. It's on the front of the bike. It says you have to suffer to succeed. These kids and I understand that to get to the end of some of their treatments, the only fastest way is straight forward."

Matt Davidson of #Morgantown rides in the #VegasToReno endurance race Friday, about 16 hours on a 🏍 through the desert. He’s racing to raise awareness for pediatric cancer. His own son Zane beat leukemia. See how his helmet provides inspiration 6:15 pm @WTHRcom. pic.twitter.com/Pyo3xAPl2d

Children who have battled cancer will be on Matt's mind for all 550 miles, literally. Some 50 children have signed his racing helmet or are represented with a decal.

"If I start feeling bad during the race and I want to quit, all I have to do is look at your name,” Matt told Grant. “Did you get a chance to quit? You didn't, did you? So, for you, I won't quit."

Matt takes off around 5:45 a.m. Friday from outside Las Vegas. He hopes to arrive at the finish line outside Reno by dark.

Matt is one of 19 motorcycle competitors racing solo. But with the children represented on his helmet, he will never ride alone.