Custodian's transportation 'lifeline' stolen again, but the generosity of others put him back on the road

Someone stole John Wessel's only means of getting to work. Twice. 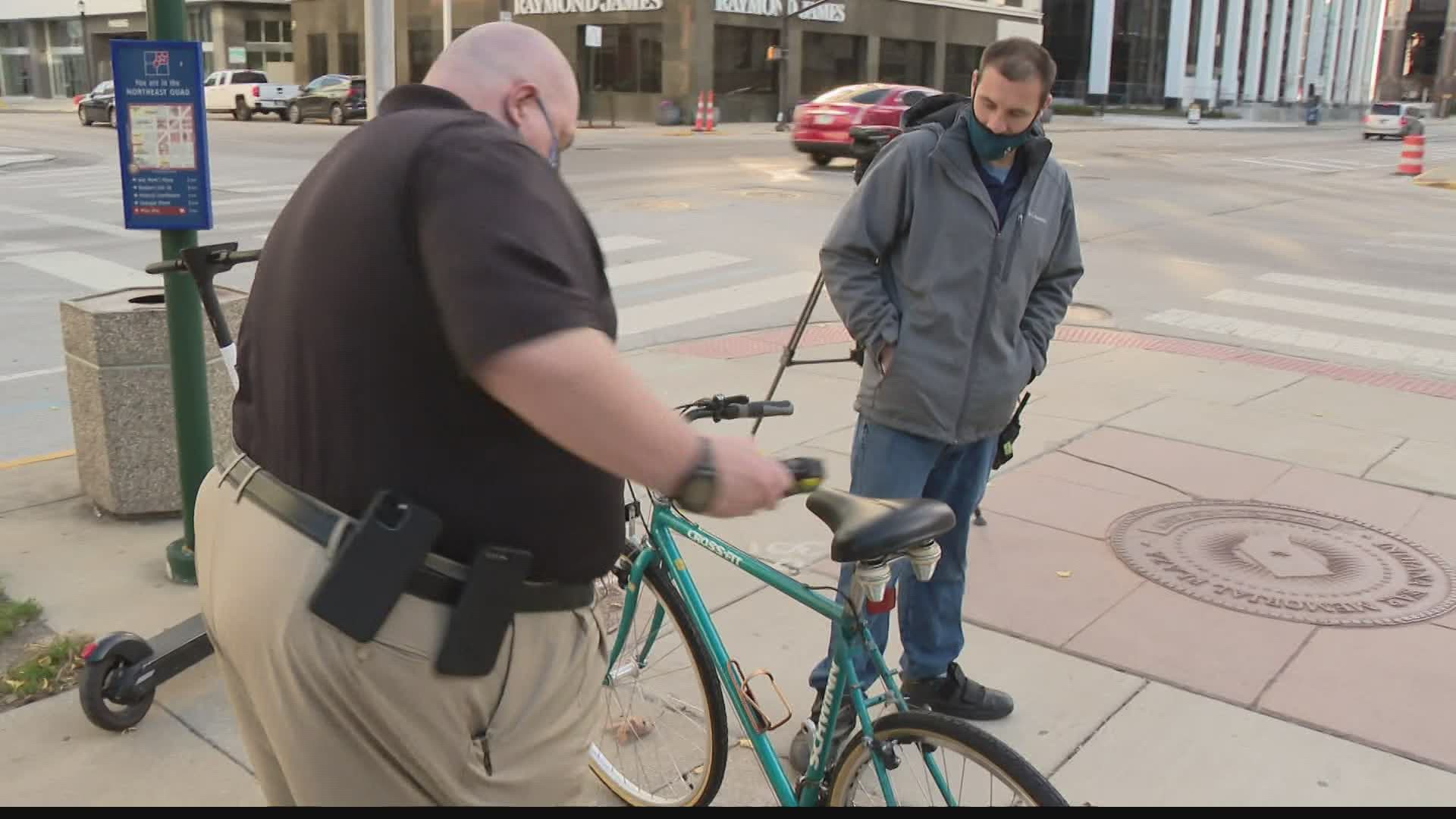 It was a simple green bike, little more than two tires, a seat and handlebars, but to John Wessel, 35, it was a lifeline, the way he got to work every day to support his three kids.

“I gotta do what I gotta do for my family, that’s the only way I know," Wessel said.

That has meant biking more than two miles to his custodian job at the federal courthouse downtown.

“I like it here. People look out for you here," said Wessel. He is actually an employee of Goodwill, and his courthouse work is a contract arrangement.

A group of security guards pitched in last month and bought Wessel a new bike after his was stolen, chain lock and all, from outside the courthouse.

“They just, out of their kindness, gave it to me," Wessel said.

Less than a month later, it happened again. Surveillance cameras captured images of a person who police say took John’s second bike. The suspect hasn't been found yet.

“I should be able to work and don’t have to worry about somebody taking a bike," Wessel said, choking back tears.

For several weeks after the second theft, Wessel walked to work. He recalled something his father wrote in a letter before he passed away.

“He said, 'I'm going to let you go, but realize you got to take care of your family,'" Wessel said.

Help with that responsibility came recently when Matthews Bicycle Shop in Lawrence heard about Wessel and stepped in, gifting John a new bicycle.

“They didn’t have to go do that, but they did it anyway 'cause they wanted to be nice," John said.

Wessel hopes the third time's a charm. Officials agreed to let him park the new bike inside the courthouse garage so it won’t be a target.

Bike or not, though, nothing was going to stop Wessel from following his dad’s advice.

“I’m doing what he asked me to do, is take care of my family. That’s all I can do," said Wessel.

Turns out that was enough for others to want to help Wessel.

“When you do the right thing, people will look out for you," Wessel said.