Crawfordsville grandma helping to care for 3 grandsons with rare cancer

An Indiana grandmother wants to raise awareness about a rare childhood cancer. 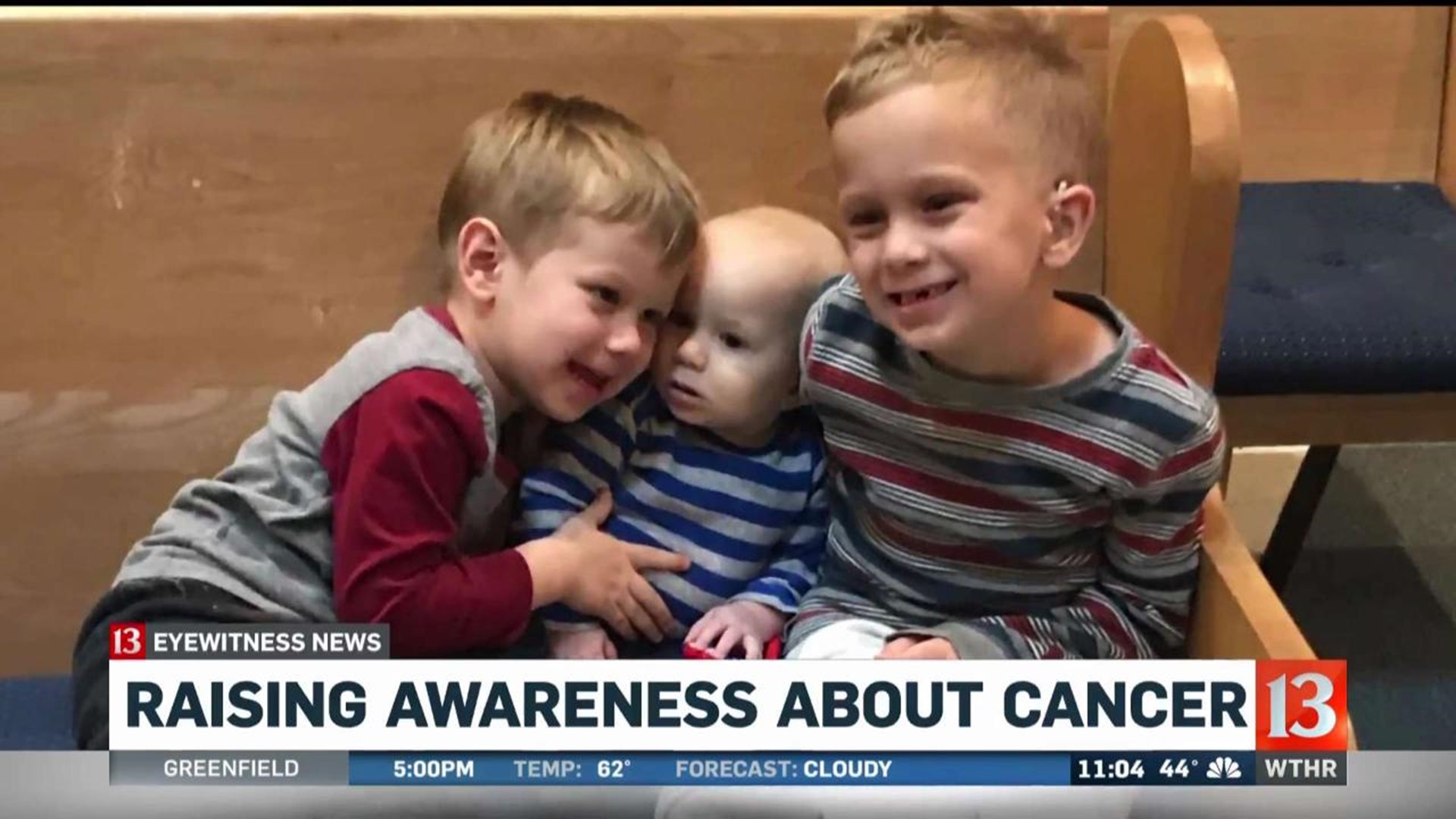 All three of her grandsons, who live in Atlanta, were diagnosed within just a couple of years apart.​​

He and his older brothers were all diagnosed with Retinoblastoma — a rare cancer, most common in infants and young children, that starts in the back of the eye.​​

"The dangers are that the tumors can completely cover the eye in which you would have to remove your eye because you don't want the cancer to spread," said Angie Rush, Carter's mother. ​

The family discovered it can be hereditary. Angie lost her left eye when she was an infant. ​​

Tristan was diagnosed five years ago when he was 1 month old. Two years later, Caison was born with Retinoblastoma.​​

"They are warriors. I go with them to the hospital many times and they get IV's, they get drops in their eyes and they are just warriors," said Jeanne Rush, the boy's grandmother.​​

Jeanne has been traveling from her Crawfordsville, Indiana home to Atlanta to help her family. ​​

Hospital bills became overwhelming. One month into the new year, the family has already met their insurance deductible.​​

"They've met it every year for the last five years. They've sold their home and moved in with Angie's parents (to save money to pay for medical bills)," Jeanne said.​​

Jeanne created a GoFundMe page for financial assistance. As of Sunday night, donations have reached more than $9,000.​​

The family wants to encourage more funding be dedicated to childhood cancers.​​

According to the National Pediatric Cancer Foundation, only 4 percent of federal government cancer research funding goes to study pediatric cancer.​​

"(More funding) would lead to less side effects, possibly less time for kids being in the hospital and more time for them to be kids. Just more effective treatment, so they can get better," Angie said.​​

Carter's next chemo treatment is on Feb. 17. That will be his second of his six treatments. Angie says he'll be monitored after that because he won't necessarily be out of the woods. ​​

"The fact that he is happy most of the time and he's just living his life is a wonderful blessing for him and us too," Angie said.

For more information on the family's GoFundMe page, click here.