Ella Magyar, 16, was called "the brightest light" at Tuesday's vigil. 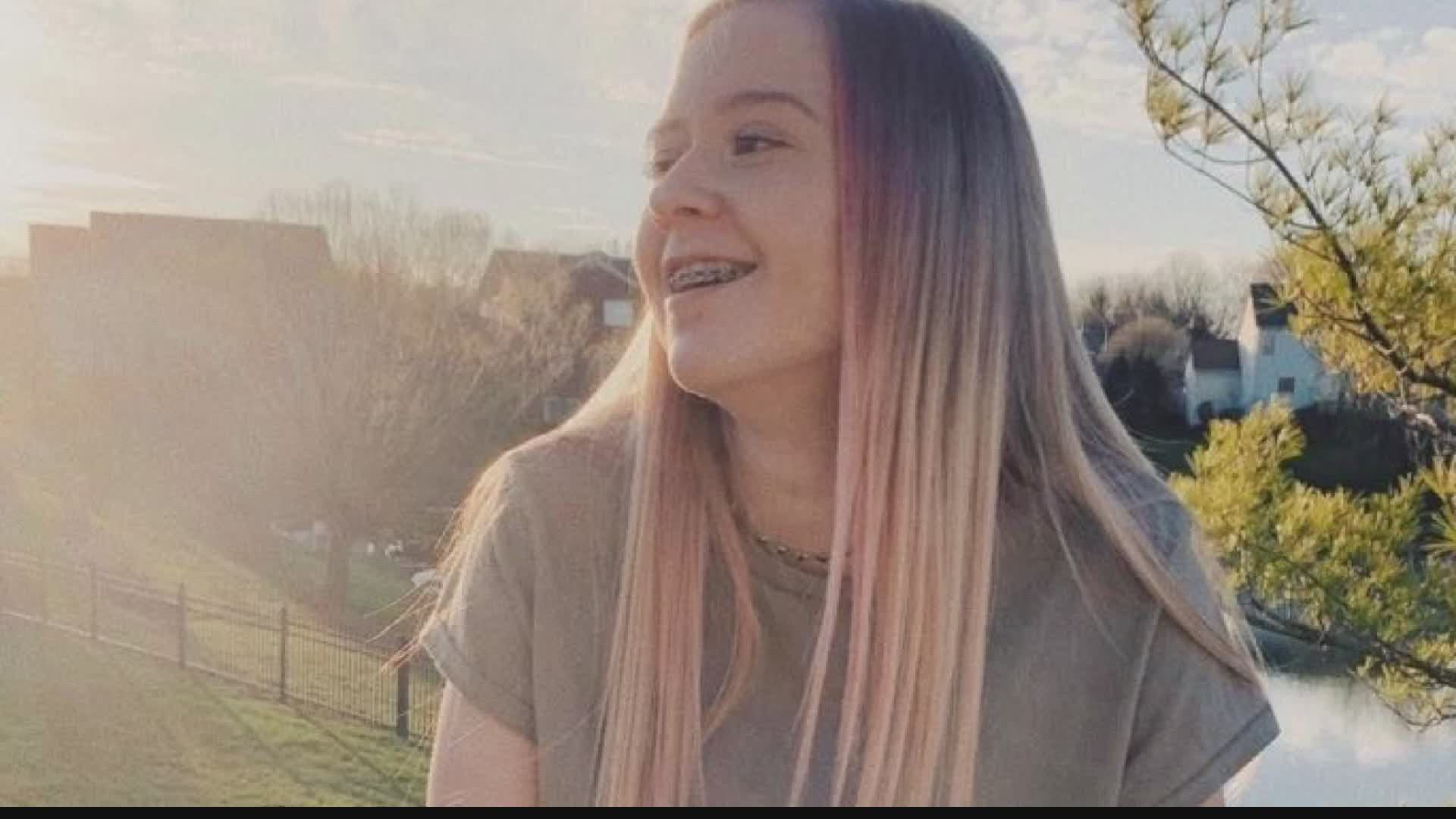 INDIANAPOLIS — In the reflection of a retention pond off of Frye Road, hundreds reflected on a beloved daughter, sister and friend who was taken too soon.

“She was going to have 10 kids and 100 cats. That was Ella,” said Tina Marie Hicks, Ella Magyar's mother.

Ella’s parents, sister and hundreds of friends came Tuesday to light candles, bring flowers and leave messages for the teen, near the retention pond where Ella died.

“I can’t believe that Ella was so loved, and she didn’t even know it,” said Amelia Magyar, Ella's older sister.

Ella, 16, was a backseat passenger in a car with three others Saturday night, when the car went off Frye Road, hit a tree and went into the pond.

Two of the teens, the driver and front seat passenger, were able to get out and swim to shore.

Credit: WTHR
Part of a memorial created at a Tuesday vigil to remember Ella Magyar.

An IMPD officer pulled Ella and a fourth teen, a 16-year-old boy, from the car. Ella died later at a hospital. The boy is still in critical condition.

“She was the brightest light that I knew, and that’s why we’re here putting candles up,” said Amelia Magyar, another sister.

“Whenever she would walk in a room, she lit up the room. She was always a big deal to everybody,” said best friend Reis Emswiller.

“She was funny. She always knew how to make people laugh. She loved to be with her friends,” added best friend Rylee Bratcher.

“She will be here watching over everybody,” Amelia assured others.

It wasn’t the first time Ella had an accident at the same location. According to her parents, Ella and her sister went off the road in nearly the same spot just last year. The family has started a petition to have a guardrail installed so no other family has to endure the same loss.

“My sister lost her life here, and I don’t want another person to lose theirs,” said Amelia.

Ella’s mom hopes to be able to come to this pond on nights just like Tuesday and remember her daughter.

“Thank you for coming,” Hicks told the gathering. “I was worried about the rain, but obviously Ella’s giving us another beautiful sunset.”

A heartbroken sister looked to the sky and spoke directly to Ella, saying she knows she is still with her.

“I hope you see all of this and know that people love you,” Amelia said.