Court documents have revealed new details about a murder committed Friday night inside a south side Kroger store. 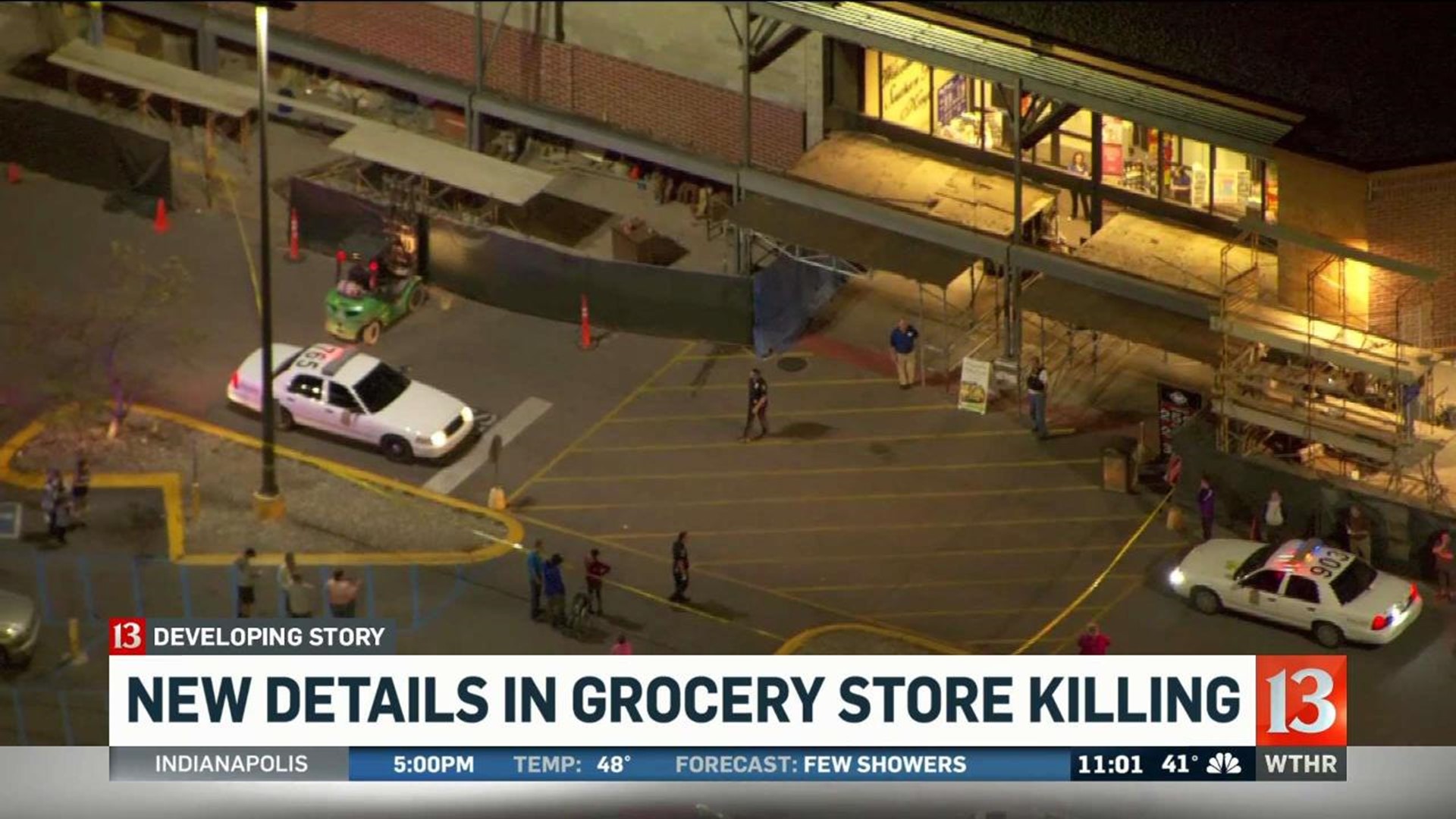 INDIANAPOLIS (WTHR) - Newly released court papers detail the sudden, swift violence that took the life of a father in a grocery store Friday

"If there was a fight it was him protecting someone else or himself," said Bud Myers.

"He had to be under attack," Myers said. "He would not be the one to initiate violence."

Jason Cooper’s first court hearing lasted 60 seconds. Just long enough for the judge to tell Cooper that prosecutors have until Wednesday morning to file criminal charges against him.

For 16 years, the father of three drove a heavy trash truck.

Michael Robinson, Castro’s boss, said the father of three felt more like his son. He said he’s cried about the death.

According to his boss, Castro stared carrying a hand gun about 2 years ago. His brother was killed during a robbery and he wanted to protect himself and his family.

"I haven't seen too many people like him in my lifetime," said Castro's manager. "Everybody loves Carlos," he said. "I've never heard Carlos say a negative thing about anybody, not in this agency or anyone. I'm taking it real hard."

She said the suspect then took out a knife and stabbed Castro in the neck or chest.

Cooper is alleged to have shot the victim once, using Castro's gun. He went down, said the witness. "The suspect put his foot on the victims chest and shoots him one more time."

A witness said he saw the suspect in the restroom moments before the attack, a knife in his belt. Next, he saw him in the aisle, throwing Castro to the ground and stabbing him. He heard the victim tell the suspect "get off of me" and saw the victim actually kick the suspect off before he was killed.

According to the probable cause a police officer said heard Cooper say “sometimes you can look at someone and know what they are thinking, so when he made a move I stuck him with the knife.”

It still appears to be a random attack but the question remains: what would prompt the suspect to allegedly pick up a knife and a gun against a person he didn't know.

The supermarket, near the intersection of East Street and South Hanna Avenue, was busy with shoppers Monday morning, as if nothing had happened.

Although one customer said he felt a little scared, Elliot Harper wasn’t at all worried.

”This is a good neighborhood,” Harper said, “I believe things just happen anywhere.”

Friday's murder happened in the dairy section of the busy supermarket.

Craig Edwards was in the front of the store, bagging groceries.

“All of a sudden I heard a gunshot, boom. Looked at everyone’s face. I heard two more gunshots, everybody is running. It’s very frantic,” he said.

Moments before the gunfire, another employee heard a scuffle and loud voices.

According the affidavit for probable cause, he saw a man matching Jason Cooper’s description stabbing Castro. There were three gunshots, then a fourth as the suspect fled.

Just before the attack, the same man asked a store worker where he could find kitchen knives.

Cooper, his girlfriend and child lived with a friend in a small apartment complex on E. Washington Street.

People who know him said he’s a good guy with a bad temper, easily provoked. One word could set him off, one person said.

“He isn’t that bad of a guy,” said apartment manager Jessica Parker.

She went on to describe the time Cooper punched out a neighbor who refused to turn down his stereo. There was another incident more recently.

“He told me about a gas station,” Parker said. “He got into it with a guy that thought his girlfriend was pretty. They got into a fistfight in the store.”

Police caught up with Cooper about ten minutes after Friday’s shooting. According to the affidavit, they found a bloody gun on the front seat of the stolen car he was driving.

According to the detective, Cooper was “dirty and unkept,” and “appeared to be nervous, twitching, speaking fast and was unable to focus on one topic.”

For those reasons, Cooper wasn’t questioned and was taken to the hospital.