Couple says 'I do' in drive-up wedding ceremony

They weren't supposed to get married in Brown County, but plans had to change if Jake and Taylor Swigert wanted to be wed on April 7. 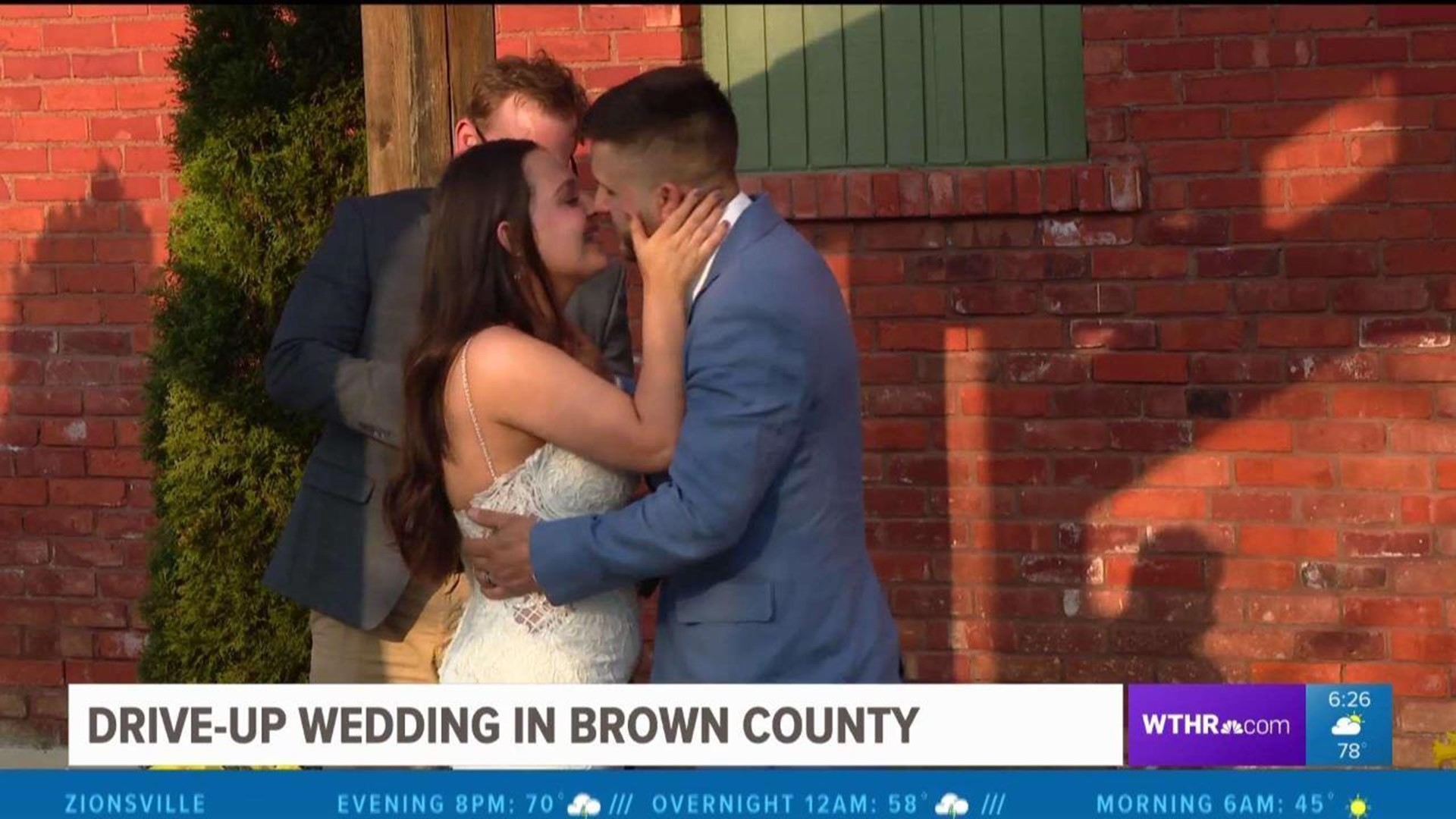 NASHVILLE, Ind. (WTHR) — They weren't supposed to get married in Brown County. The recently married Jake and Taylor Swigert were destined to say "I do" in Destin, Florida with a honeymoon in Jamaica. When that didn't work out, they had to bail on a barn wedding idea.

"So that's two cancellations," mother-of-the-bride Carrie Hogan said. "So then we thought what can we do to make you guys get married on this day?"

That brought them to the corner of Main and Jefferson in Nashville, Indiana.

"I'm going to stay in my vehicle," Karen Swigert, the mother-of-the-groom said. "I got a good view of everything."

In fact, parking is at a premium in the coronavirus era style wedding.

Family and friends stayed in their cars as Jake and Taylor Swigert said "I do." (WTHR/Clint Erbacher)

There is one more corona catch.

The mother of the groom has the virus. She contracted it at her job as a nurse 18 days ago. Fortunately all has gone well, and she is scheduled to go back to work later this week. But for now she will watch like almost everyone else from her seat in the street.

"Family, friends, zoom viewers and loved ones, we gather here today to celebrate the wedding of Jake and Taylor," the pastor announced to a gallery of two.

These two wanted to get married on this day. April 7 was their first date," he said. "It was the day of the gender reveal of their son, Owen, and it was also the day Taylor (the bride) accepted his proposal of marriage."

After a few more words, they were pronounced as husband and wife.

"You may kiss the bride," the pastor said.

"Everybody else was comfortable with doing it, so we just said what the hell; let's do it," the groom, Jake Swigert, said.

A reception will have to come later.

"Hopefully I'll be able to dance with my son. A mother-son dance," Karen said.

For now, only three dancing at the corner of Main and Jefferson streets in Nashville. Jake, Taylor and Owen are the only three who matter.