The vote comes nearly a month after the Marion County public health director declared a "public health emergency" over the increase in Hepatitis C cases, which they're blaming on injection drug use. 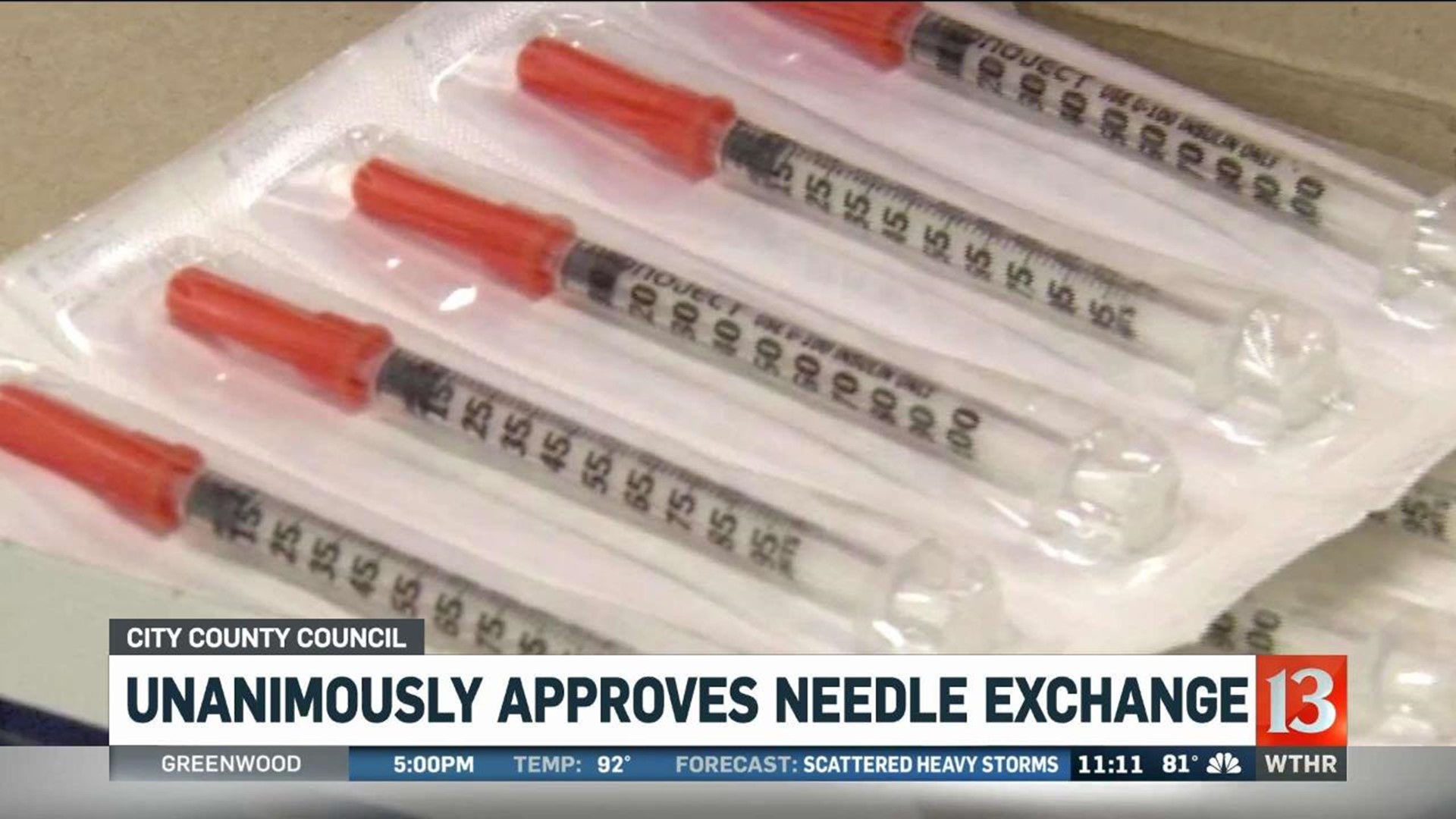 INDIANAPOLIS (WTHR) - In a unanimous decision, the Indianapolis City-County council approved a plan to create the largest needle exchange program in the state.

The vote comes nearly a month after Dr. Virginia Caine, Marion County's public health director, declared a "public health emergency" over the increase in Hepatitis C cases, which they're blaming on injection drug use.

With the decision, they'll be able to hand out clean needles to those in need to combat the spread of the disease.

“Our team is grateful for the council’s approval of this program and wants to get started immediately to implement these services that this community needs and deserves,” said Caine. “The program is more than a safe syringe access program and will aim to address a range of needs necessary to successfully reduce hepatitis C and HIV cases in the county.”

“The City-County Council has shown that it welcomes and supports the implementation of this program knowing it will greatly improve the public health of Marion County at no added cost to taxpayers,” Council president Vop Osili said after the vote.

Caine told a crowd of supporters last month she wants drug addicts to receive new, clean needles in exchange for their used contaminated ones.

"Such a program is medically necessary and it will save lives," she said.

She received a standing ovation from health care providers, city leaders, first responders, faith groups, community groups and others in the battle of a drug use epidemic.

"That is putting Indianapolis in a public health emergency," she said.

The increased use of IV drugs and the sharing of dirty needles is blamed for a 1,000 percent increase in hepatitis C cases and an alarming jump in new HIV cases.

"I say they don't understand," said Gloria Haynes. She's a recovering addict, almost 10 years clean. Haynes now works in the Eskenazi Hospital ER, helping overdosing addicts get help and services they need to get clean and get on with their lives.

"If you have a facility or a place people can go to get clean needles, then you also have people there that have resources for housing, transportation and treatment services," she said.

The proposed program would provide a variety of services including health screenings.

"Syringe programs have been proven to be the most effective method available to reduce the spread of hepatitis C and HIV," Caine said.

Scott County experienced an HIV outbreak attributed to drug users sharing dirty needles. The health department there responded with a needle exchange program. New HIV cases dropped from 187 in 2015 to 27 the following year. There were just 12 in 2017.

The health department says it can run the needle exchange program at no additional cost to taxpayers. The department plans to target specific neighborhoods with high rates of overdoses and use a mobile clinic to exchange needles and provide services to users.