Construction is in full swing for a new residence hall at Purdue University, but it's what going inside, on the first floor, that has some people excited and others concerned. 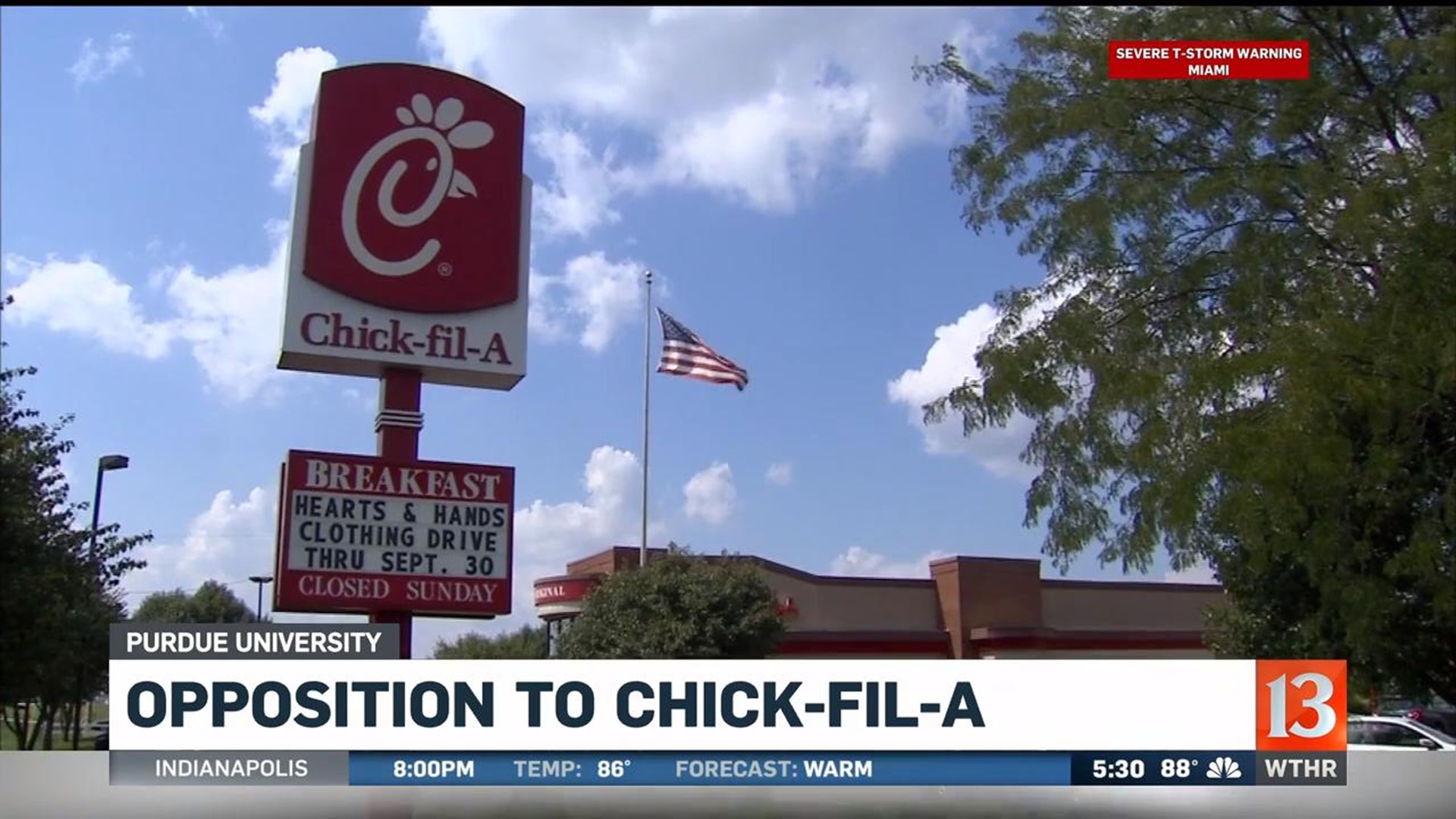 WEST LAFAYETTE, Ind. (WTHR) - Construction is in full swing for a new residence hall at Purdue University, but it's what is going inside, on the first floor, that has some people excited and others concerned.

"Allowing an organization that is not consistent with our values flies in the face of that and really sends a strong message to our faculty, staff and students who are LGBTQ that we don't really welcome them," said Linda Propoky, a professor who sits on the university Senate's Equity and Diversity Committee.​
​
She says some faculty, staff and students don't want Chick-fil-A on campus.​

"Many of the things the CEO has said and done and a lot of the profits are donated to actively anti-LGBTQ groups," said Propoky.​
​
Chick-fil-A CEO Dan Cathy created a national controversy when, during a 2012 radio interview, came out against same-sex marriage and promoting his biblical beliefs on marriage. The company has also donated to anti-gay groups, but that hasn't stopped people from eating at the chain.​
​
"I support the LGBTQ community, but I also like Chick-fil-A, so I'm not going to give up my values for that," said student Jillian Esposito.​

"As soon as I heard about it I was like, 'Oh sweet, where's that going in?' I heard it was going to be right next to us and I thought, 'Even better,'" said student Jack Kinsel.​
​
Campus leaders say students have wanted a Chick-fil-A for a long time. ​
​
Surveys went out to students, and the student government association passed resolutions on it. The university already partners with the local West Lafayette chain, which sells sandwiches on campus. ​
​
Still, those opposed to the idea say it goes against what the campus stands for.​

"We're working really hard as a campus to be more inclusive and welcoming," said Propoky. ​
​
She said the issue goes before the full senate in October.​