A North Central High School senior wants a recent social media posting with classmates and the Confederate flag to be a teachable moment. The students reportedly now regret ever posting the photo. 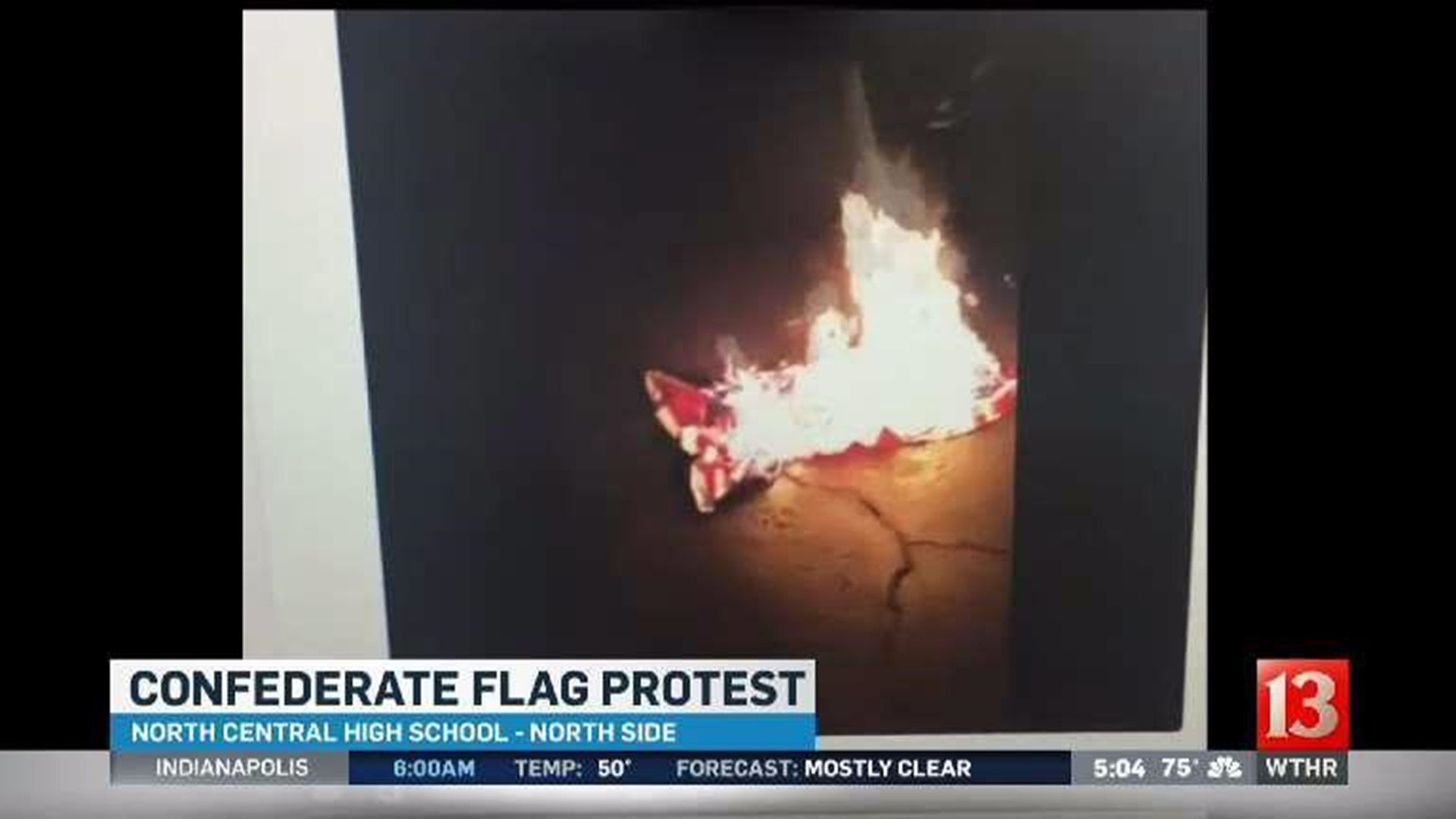 INDIANAPOLIS (WTHR ) - A North Central High School senior wants a recent social media posting with classmates and the Confederate flag to be a teachable moment. The students reportedly now regret ever posting the photo.

Senior Nicodemus Monts got tagged in a tweet showing fellow classmates holding up a Confederate flag with the caption "Confederate Lives Matter." He decided to repost it with his own comments.

"I would like for this to be a teachable moment for students about what you post online can come back to harm you and follow you for ever," said Monts.

The photo happened during a house party for some NCHS students.

Monts reposted the photo with NCHS students taking offense to the gesture.

"The Confederate flag has a historic meaning and should not be misrepresented nor used to mock the Black Lives Movement," said Monts.

Since reposting the photo, Monts' classmates have asked him to take it down. He is refusing right now and hope it sparks dialogue not only about social media but also about the real role the Confederate flag played in American History.

Monts is part of the NCHS group called PAWS. It stands for Panther Athletics Welcoming Students. He and one other senior are the only members right now. They are on the field during high school home games to greet classmates and visiting students.

During the National Anthem at Friday night's football game against Pike High School at North Central, Monts will lead a silent demonstration to kneel. He is asking concerned students, parents and others in the community to sit or kneel in solidarity during Friday night's national anthem to demand what he believes should be a "more culturally competent campus culture", fostered by the school's administration.

Monts hopes the demonstration will show people united against what he says is a symbol of hatred celebrated at a party by some of his peers. The high school senior has the support of his parents, including his mother, who is a North Central High School graduate.

Monts also has written a letter to the school superintendent hoping to spark dialogue on the district level.

"I don't want to get anyone in trouble. I just want us to all learn from this situation," said Monts.

After graduation, Monts hopes to continue being active on social issues on the college campus level.

Eyewitness News has learned from two different sources that at least one of the students featured in the photo with the Confederate flag has written a letter of apology explaining it was a joke that basically got out of hand and was never meant to be posted on social media.