As investigators search for the cause of a fire that claimed the life of an infant, a local church embraced the family who lost a child and their home. 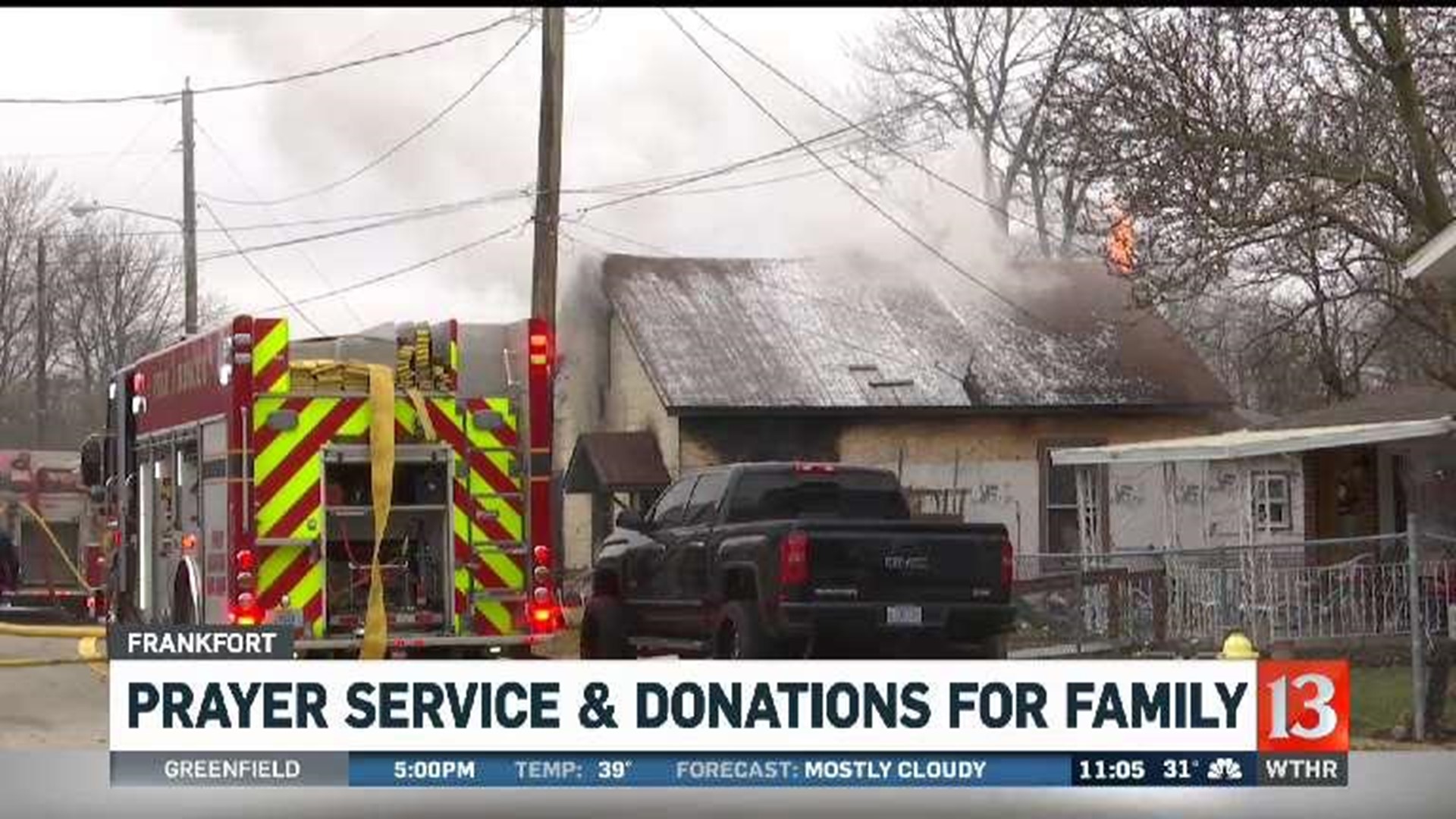 FRANKFORT, Ind. (WTHR) - As investigators search for the cause of a fire that claimed the life of an infant, a local church embraced the family who lost a child and their home.

Pastor Mark Sanders led an evening prayer service. About a hundred people, some with tears in their eyes, sat quietly.

"When somebody in our family is going through a tragedy, our job is to come up around them," Sanders said.

And church members listened. They surrounded the Mills family with hugs and prayers. It is a family needing support, love and answers.

"Why would God let this happen? And I don't know anybody that can answer that," Sanders said.

When firefighters arrived Monday morning, they found the house engulfed in flames. Eight-month-old Deacon Mills was killed. His father Dustin and two older siblings escaped. Two more children were in school and their mother Tilly was not at home.

Investigators don't know yet what started a fire. Just about everything the family owned is destroyed.

By early evening, donations were pouring into the church's gym. Piles of clothing and food kept growing. Volunteers worked to keep up and keep everything sorted.

This is just a fraction of all the clothing food and other necessities pouring in to help a Frankfort family who’s youngest son was killed in a fire that also destroyed their home @WTHRcom pic.twitter.com/wGZ3JNEsrx

Sarah Toney and her two daughters decided helping someone else was more important than buying Christmas presents for themselves.

"They were both adamant that we go and help this family, 'because we have stuff,' is exactly what they said. We have everything we need. they don't have anything now," Toney said.

The church is providing a temporary home to a family overwhelmed by everything they've lost.

"I think right now it is shock and they are trying to pull together as a family and process what happened," Sanders said.

The fire was tough on first responders, too. There was a mandatory debriefing - a counseling session for police, firefighters, EMS technicians and even emergency dispatchers.

A fire that claimed one young life has hurt so many others.