About a dozen people worked on the "Hall of the Brave." They started painting in early December and finished the mural just before Christmas. 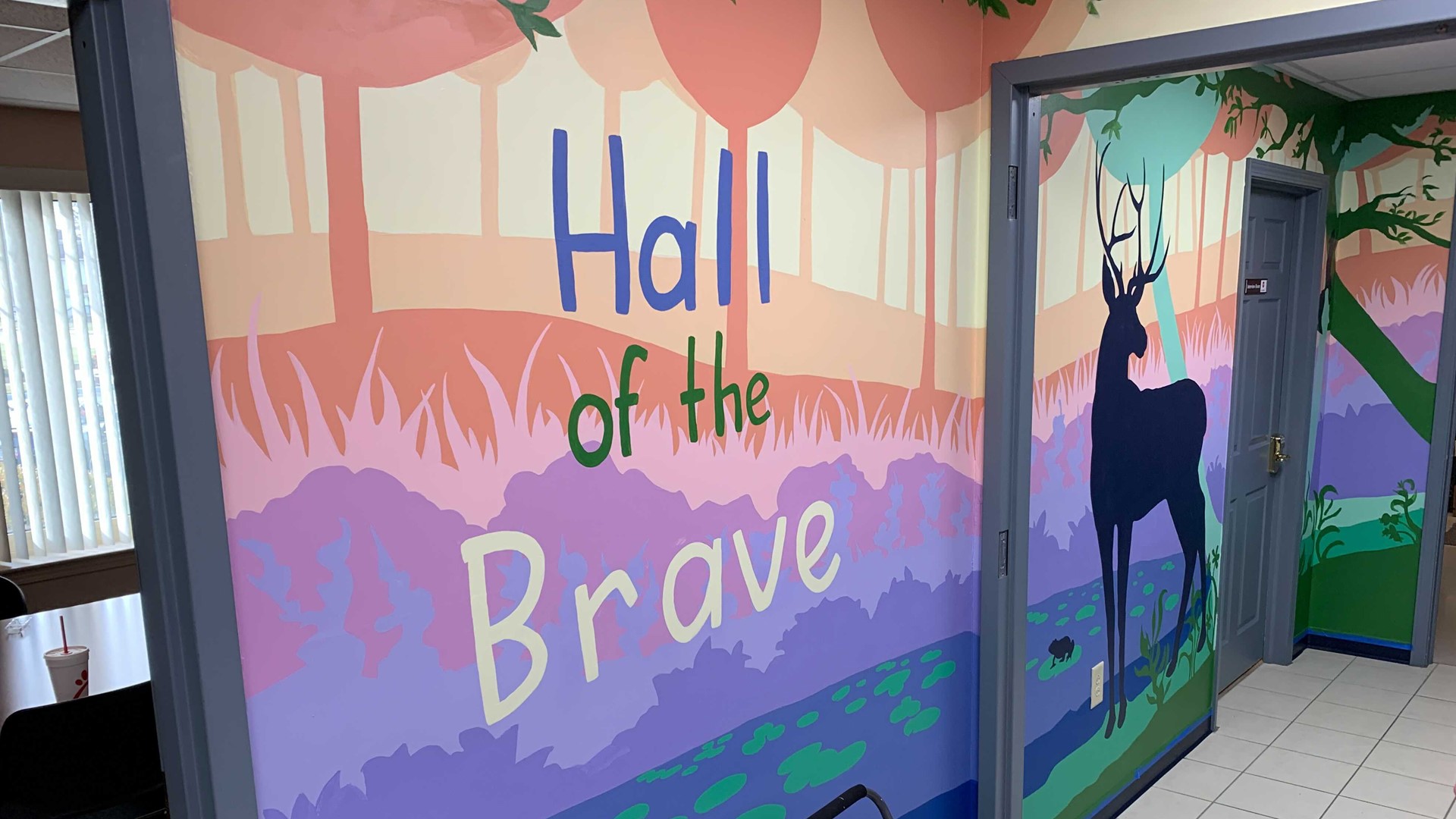 FRANKLIN, Ind. — Testifying about traumatic events is sometimes necessary in the legal system, but it’s never easy for anyone — let alone a child.

A group of volunteers and organizations in Johnson County came together to help children who have to tell some horrible stories.

A hallway about 10 yards long that leads to two interview rooms at the Johnson County Prosecutor's Office is undergoing a transformation.

"Before, this hallway was just a very kind of intimidating space,” Kimberly Hoffman said.

For her Leadership Johnson County professional development class, Hoffman coordinated a team of community organizations to raise money and complete a mural to create the “Hall of the Brave”.

The colorful, bright mural features mountains, a forest and animals. “You are Believed” is also written in large letters on one of the walls.

Children walk down the hallway to interview rooms where they have to talk about very difficult cases, such as domestic violence and sexual abuse. The children may be a victim or observed an incident involving their own family members.

"When children are going from the waiting room to the room to testify, they are empowered as they walk through the hallway,” Hoffman said. “They see these scenes of mountains and forest and animals, and they feel that they are heard."

A $4,000 grant from Johnson County REMC covered the project costs and allows additional donations to benefit ASSIST Indiana, which serves survivors of violence. ASSIST Indiana got approval for the mural from the prosecutor.

Creative Council of Franklin turned to Rader for the design.

"What I hope it does for them is that when they walk through, they feel safe,” Rader said. “They can smile. When they see that ‘You are Believed,' I feel like that would touches their heart and lets them know that they can be believed in what they're saying in their testimony."

"They're going to have to relive what could hopefully be the most traumatic thing they have to go through in their life,” said Patrick Tisdale, Creative Council of Franklin Board President, while taking a break from painting the mural, “and to go from there to there and have a moment where it's a bit of a reprieve from what they're thinking through, the hard things that they have to relive again and again."

The hallway even has new lighting to brighten the short walk with a scene of encouragement for a child dealing with unthinkable circumstances.

About a dozen people worked on the Hall of the Brave. They started painting in early December and finished the mural just before Christmas.