When Emma Stumpf was 7, doctors discovered an inoperable brain tumor. Now, she is bringing her unique perspective as a patient to the work force. 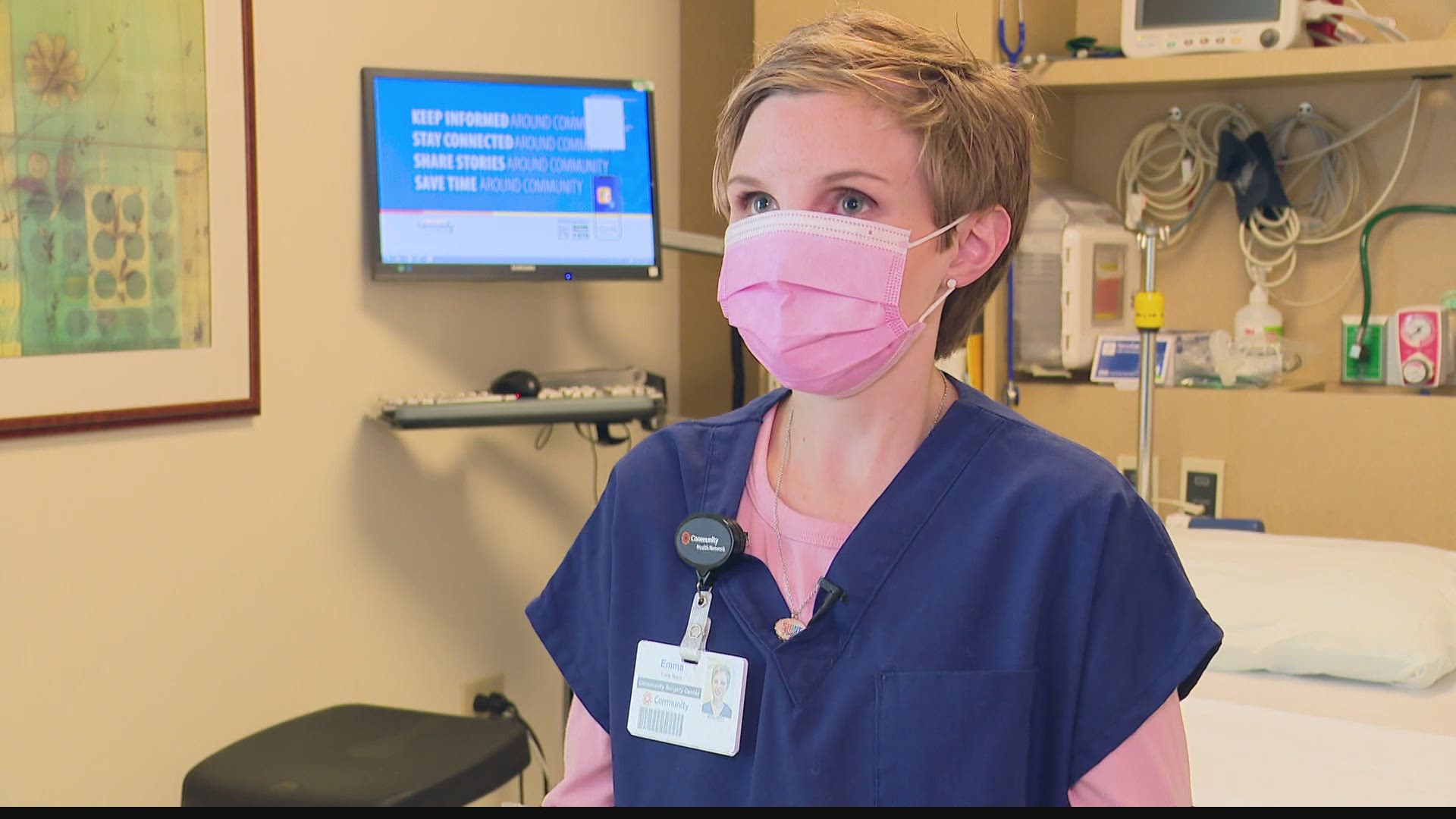 "Everyone was really excited because we didn't know if this would ever happen or not," she said.

Stumpf started in late June It's the 19-year-old's first paying job after working there as an intern since January.

"They told me, 'We would like to hire you.' And I'm glad my mask was on, because my mouth would've dropped open," Stumpf said. "I was like, 'What? No way!"

Stumpf spent much of her childhood interacting with health care workers. When she was 7, doctors discovered an inoperable brain tumor.

"Right now, it's been calm, so not growing or anything," Stumpf said.

It's the time she spent with health care professionals that drew her to pursue a career in it.

"Because I'm a patient, so I know how it feels to be a patient," Stumpf said.

RELATED: Twelve-year-old gives back to Riley patients through art

"She comes in, doesn't hesitate, starts working and she just does a fantastic job for us," said Marcella Roessler, a Community Hospital South clinical technician. "She sanitizes cabinets, counters, anything she can possibly reach. She will help us fold pillowcases, patient bags, get water. Anything anyone needs she's always willing to help us."

It's her positive attitude every single day that touches everyone in the building.

"I like being able to help others the way they helped me," Stumpf said.

Stumpf is always finding new ways to brighten the spirits around her. She started leaving cards with positive and inspirational messages around the hospital.

"We weren't sure where they were coming from, and we found them everywhere," Roessler said. "She's incredible, she really is. She's exactly what we need in here. Just her positive energy and sweet spirit."

"I'll set them on the bench or out there in the lobby on a chair or something or even at the nurse’s station for the nurses," Stumpf said. "Just to make someone smile and have a good day."

You'll always find Stumpf hard at work, doing anything she can to make someone else's day a little easier.

"I like being able to help others and what they're going through. Keeping them safe and happy and healthy," Stumpf said.