Indiana State Police say the suspect is believed to live in Delphi now or in the past and still visits the area regularly. 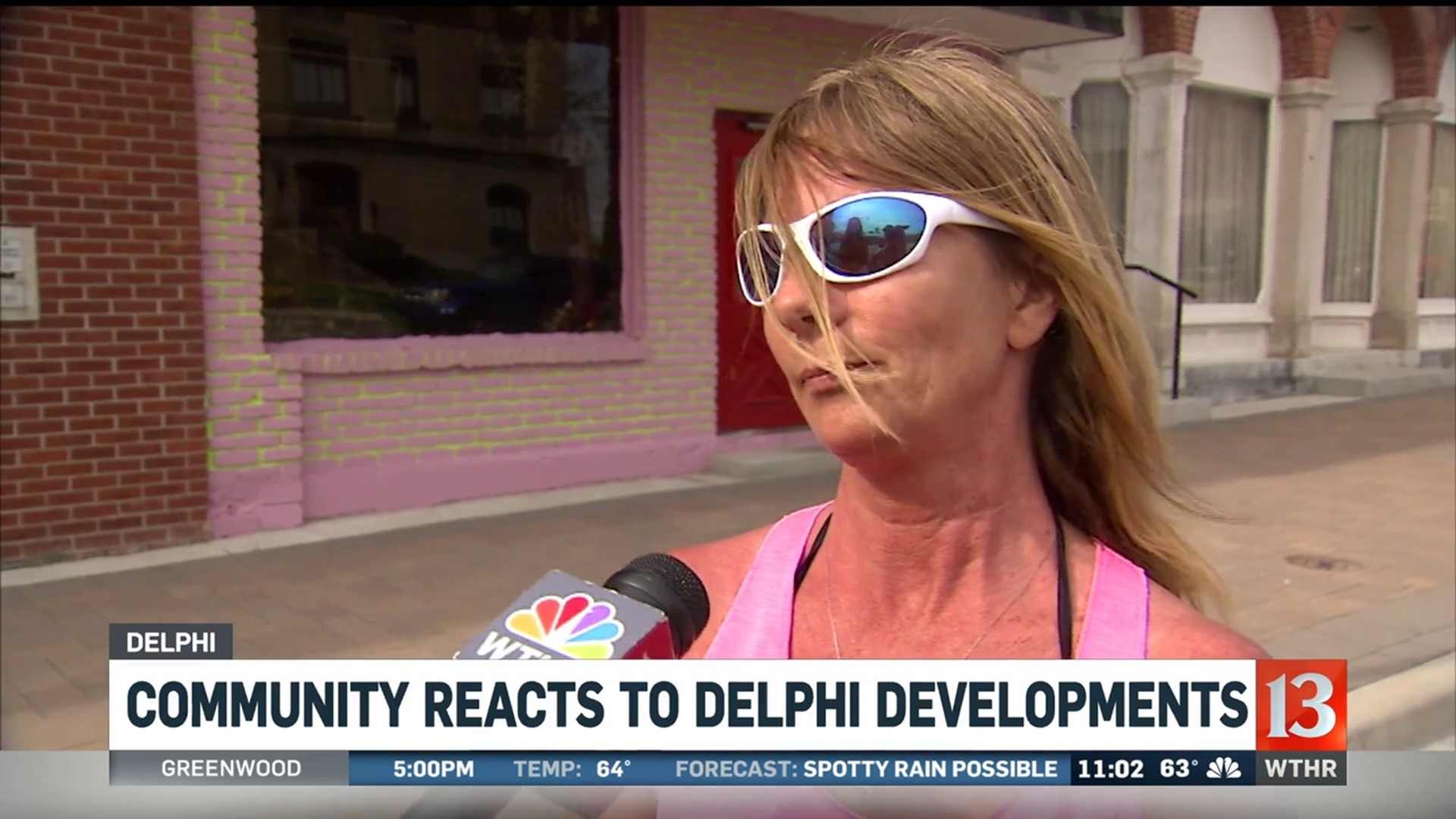 "We know this is about power to you and you want to know what we know," ISP Supt. Doug Carter said during the press conference, speaking directly to the murderer. He even remarked the killer might be in the room trying to learn what police were doing with the investigation.

He said investigators believe the suspect is either from Delphi, works there or used to and still visits the area regularly. Delphi is a town of roughly 3,000 people.

"He's here, he's close and he will be caught," one member of the community told Eyewitness News afterward.

Police believe the suspect is between the ages of 18 and 40 and may appear younger than he actually is.

Police also released video of the suspect walking across the railway bridge toward Libby and Abby along with an extended clip of him talking to the girls.

Indiana State Police say they are looking for the driver of a vehicle parked at the old CPS/DCS/Welfare building that was abandoned on the east side of CR 300 N next to the Hoosier Heartland Highway between noon and 5 p.m. Feb. 13, 2017. That's the day 14-year-old Libby and 13-year-old Abby went missing. Their bodies were found the next day just out of sight of the bridge. Police did not give a description of the vehicle.

"To the murderer: I believe you have just a little bit of conscience left. I can assure you that how you left them in those woods is not what they are experiencing today," Supt. Carter said.

"We believe you've been hiding in plain sight," Carter continued.

"(It's) nobody that I know, but somebody knows that person. It was a good sketch," said Angie Austin, who lives in Delphi. Those families need to be put to ease, and this whole community needs to be at ease."

Samantha Adams, who also lives in Delphi, said she was glad for the release of new information.

"Hopefully that will help somebody to realize who he is," Adams said. "You think you know him, but you don’t, so I'm just hoping I look at everybody now. I just really started walking the whole trails, but before that, I wouldn’t walk the whole way, I was too scared. I hope he lives here, so that way somebody knows who it is, so they can get him."

You can see more of the video and suspect images here.

Monday evening, German's sister Kelsi tweeted a plea for information, as well as a message of thanks.

⚠️RETWEET⚠️ Please help FIND OUR KILLER! Libby and Abby were murdered February 13,2017 while walking on our local trails. Their killer is still on the loose. Libby got a video that recorded his voice and a blurry picture of him walking towards them. #AbbyandLibby pic.twitter.com/xCfpafTb6w

First,I want to thank all of you who commented on my post last night. Your kind words and support mean so much.

Second,as today events settle are families are asking for your understanding as we take the next couple weeks to ourselves.

Police are still asking for tips. They should be sent to Abbyandlibbytip@cacoshrf.com.

Try to include the following information:

Police say you don't need to have all of those pieces to send a tip, but do ask you include as many details as you can.