Matt Brown said a book helped convince him he could do better. 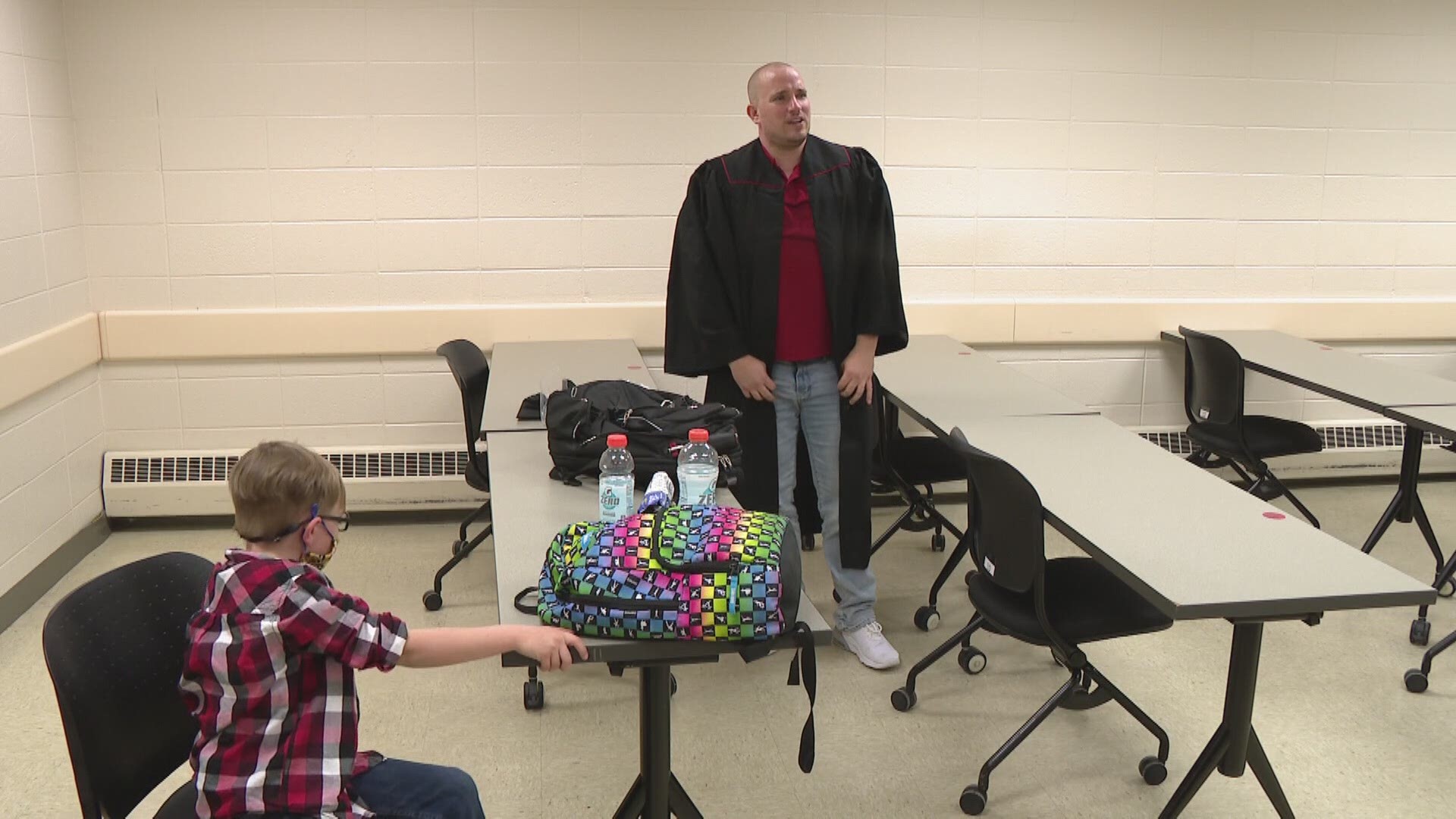 INDIANAPOLIS — When Matt Brown graduates next Saturday from IUPUI, the father of three will have earned a Bachelor of Arts in communication with a minor in psychology.

“You’re going to have to forgive me because I don’t know exactly how this goes on,” said Brown as he pulled on and adjusted a black mortarboard onto his forehead and zipped up his graduation gown. “I never graduated high school, this is a little new to me.”

But you could say the 37 year old already comes to the table with another kind of degree, earned the hard way from the proverbial School of Hard Knocks.

“It almost feels like I wasn’t supposed to wear it, but yet, I overcame everything and here I am,” he said.

Now, this straight A student has overcome the stigma of being a convicted felon after an early life of crime that started when he was just 12.

“I stole a bottle of sleeping pills from a drug store,” Brown said. “I took the pills to school and I sold them as acid. That was the beginning of three years of a lot, four years of a lot of chaos, self-made chaos.”

It was also the beginning of a path that led to prison when Matt was just 16, convicted for offenses like stealing cars and leading police on a high-speed chase.

“After being released from prison, I found the opportunities for convicted felons were quite minimal,” Brown said.

He was released when he was 20 after earning his GED while incarcerated. Brown worked as a bartender for several years before being inspired by a book that convinced him he could do more.

The book was “Wild at Heart” by John Eldredge.

“That’s when a fire ignited in me,” Brown said. “God just put something in me that was just ‘I don’t have to be this.’ It was like a greater calling. Even though I had this fire in me, I still didn’t believe I could do it, so it was a process after that.

That process involved working, raising three children and earning his degree, starting at Ivy Tech almost four years ago before transferring to IUPUI.

“I remember sitting there asking myself, and in a sense praying, like, ‘God, is this really what you want me to do? Am I really doing the right thing because right now, I’m not seeing it.’”

The picture got clearer as Brown earned great grades and won second place in a speech competition.

Still, when the doubts came, Brown only had to remember who was watching: his three kids, Jayden, 16, Alexis, 13 and Caleb, who is 7.

Brown's kids will be looking at him next weekend, watching their dad step onto a platform in front of thousands, giving the commencement address to his fellow IUPUI graduates.

He plans to tell his classmates this:

For Brown, it’s a familiar question, one that came to him later in life, one he’s had to ask himself many times before finding the answer within. When he delivers his address next weekend, Brown could be speaking to himself as much as his classmates.