The Pentagon says two American military members are dead after a suicide bombing in Afghanistan, including a Columbus East High School graduate. 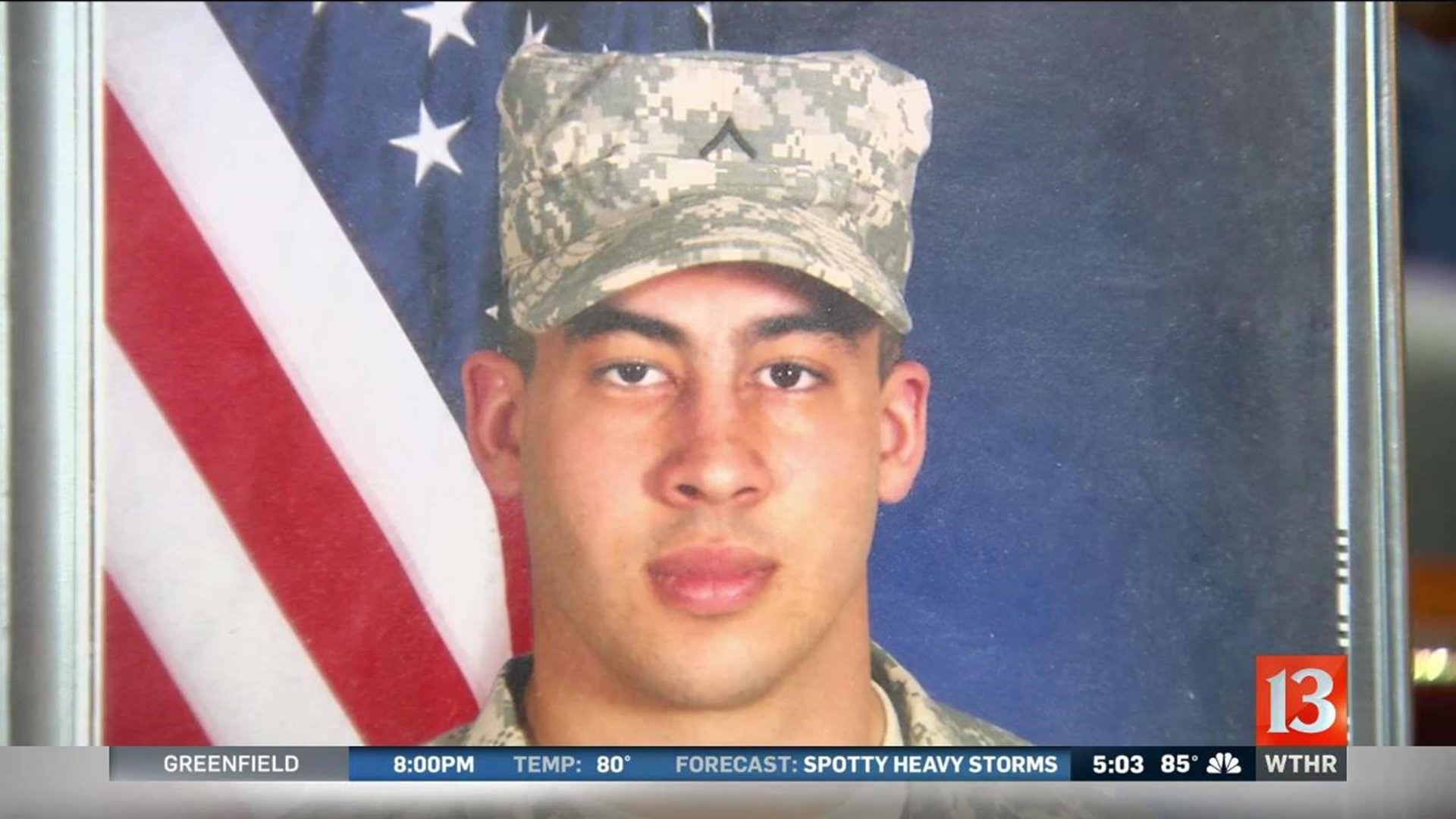 School officials confirm to WTHR.com one of those fatalities was 2011 Columbus East graduate Jonathon Hunter. He was also a football player, and the team's official account tweeted condolences to his family.

2011 East FB Alum Jonathan Hunter #22 was killed yesterday in Afghanistan. Our thoughts & prayers are with his family & friends #EastPride

"The Bartholomew Consolidated School Corporation (BCSC) family is mourning the loss of one of our own. [Thursday] morning, we confirmed that Jonathon Hunter, a 2011 graduate of Columbus East High School, was one of two United States soldiers killed in a suicide bombing attack on a NATO convoy in southern Afghanistan on Wednesday, August 2, 2017. Our thoughts and prayers go out to the Hunter family, friends, and the BCSC community during this difficult time. We express our deep appreciation for all who have served, and continue to serve, in the military in order to protect the rights and freedoms we are blessed to have."

"This is the second Columbus East graduate that has given his life for his country while serving in Afghanistan. In 2010 Jeremy McQueary was killed while conducting searches for Improvised Explosive Devices (IEDS). He was 27.

"Columbus East High School & The Bartholomew Consolidated School Corporation are proud of the commitment and dedication of these two young men in service to their country."

Indiana Gov. Eric Holcomb and the state's senators expressed their condolences to Hunter's family throughout the day Thursday.

"Words will never convey the sorrow that Janet and I feel for the loss of Sgt. Jonathan Michael Hunter, an Army sergeant and Columbus, Indiana native killed in a NATO convoy attack in Afghanistan. We offer our prayers for his family and friends and ask all Hoosiers to honor his selfless service to our country."

“On behalf of every Hoosier and all Americans, I offer my heartfelt condolences to the family of U.S. Army SGT Jonathon Michael Hunter. We are immensely grateful for his service and ultimate sacrifice,” said Sen. Young. “By all accounts, SGT Hunter was a man of notable kindness to his friends and loved ones, great athletic talent, and he selflessly and honorably served his country. I am saddened by the news of his passing, but proud of the man that he was.”

"I am saddened to hear that Columbus native, Jonathon Michael Hunter, has been killed in the line of duty in Afghanistan. His service and sacrifice in defense of our country will never be forgotten. My prayers and condolences go to his family, friends, fellow soldiers, and the entire Columbus community."

Navy Capt. Jeff Davis confirmed the casualties in the attack near Kandahar city. The Pentagon's decision to release the figures seemed to contradict orders issued two months ago by Army Gen. John Nicholson, the top U.S. commander in Afghanistan, barring information about U.S. combat deaths until days after the incident.

There was no information on the number of troops wounded.

Nicholson's orders stifling information from the U.S. military in Afghanistan was met with opposition from within the Pentagon, where officials reportedly tried to resolve the impasse. However, the decision by the Pentagon to release Wednesday's casualty figures would seem to indicate that the issue has gone unresolved two months into the order.

Nicholson said the reason for the delay was to allow time for notification of family. Yet it upends Pentagon practice since the Vietnam era, and gives the public less information and transparency into a war that has raged for 16 years, resulting in thousands of deaths and injuries.

The Taliban quickly took responsibility for the attack, and a spokesman for the insurgents said the bombing allegedly killed 15 soldiers but the Taliban routinely exaggerate their gains and casualty figures.

In their claim of responsibility, the Taliban also said the attack destroyed two armored tanks. The insurgents' spokesman for southern Afghanistan, Qari Yusuf Ahmadi, said fighter Asadullah Kandahari was the "hero" who carried out the attack with a small pick-up truck packed with explosives.

Kandahar province was the Taliban spiritual heartland and the headquarters of their leadership during the five-year rule of the Taliban, which ended with the U.S. invasion in 2001.

The service members were part of an international force referred to as the Train, Advise and Assist Command south, a reference to their location in the country. Five other countries besides the United States are stationed in the south __ Australia, Germany, Bulgaria, Poland and Romania, said U.S. military spokesman in Afghanistan Lt. Damien E. Horvath.

Ghulam Ali, who runs a mechanics shop near the attack site on the outskirts of the city of Kandahar, said the intensity of the blast knocked him out.

When he came to, he saw a military vehicle on fire on the road. He stepped out of his shop but a sudden burst of gunfire drove him back inside, he said. Then, helicopters arrived and he saw soldiers being taken away from the scene but could not determine the extent of their injuries.

The combined U.S. and NATO troop contingent currently in Afghanistan is about 13,500. The Trump administration is deciding whether to send about 4,000 or more U.S. soldiers to Afghanistan in an attempt to stem Taliban gains.

Nicholson's orders to withhold information about troop casualties distance him from U.S. military commanders in all of the other combat regions of the world - including Iraq and Syria.

The attack in southern Kandahar came as thousands of demonstrators in the western city of Herat transported 31 bodies, the victims of a horrific suicide attack on a Shiite mosque a day earlier, to the residence of the provincial governor.

Protesters were outraged at the audacity of Tuesday evening's attack, barely 150 feet (50 meters) from a police station. The suicide bomber first sprayed gunfire at the private guards, who were protecting the mosque before running inside firing until his rifle jammed, said witnesses. He then detonated the explosives strapped to his body.

The Islamic State affiliate in Afghanistan took responsibility for the attack saying they had deployed two suicide bombers. Witnesses reported a second explosion 10 minutes after the first bomber blew himself up.

When the carnage ended 32 people were dead and 66 injured, said the provincial governor's spokesman Jilani Farhad.

The IS said in a statement that the two men, whom it identified as Amir Qassim and Tayeb al-Kharasani, also used automatic rifles in the Shiite mosque before they detonated themselves.