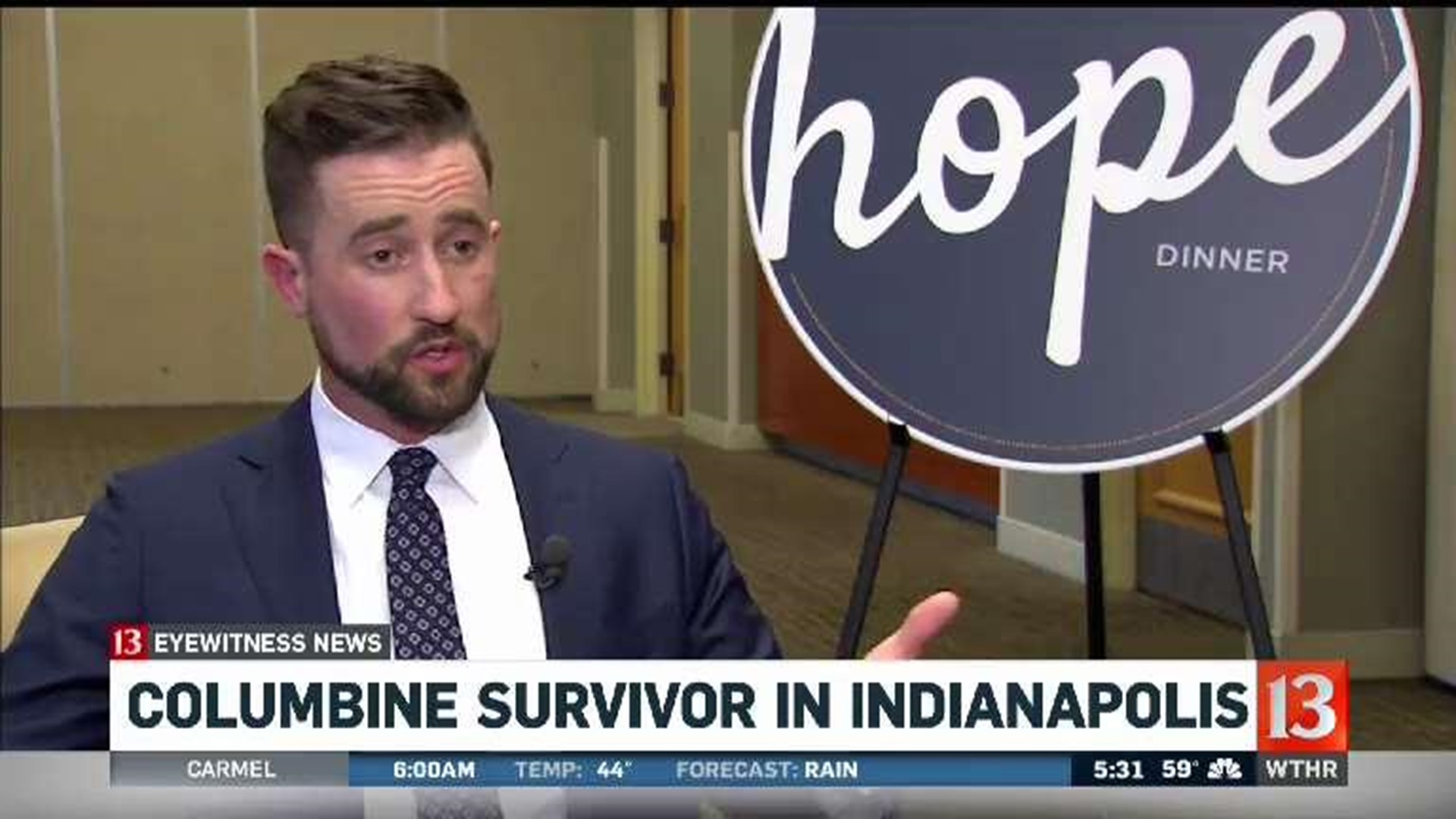 INDIANAPOLIS (WTHR) - Austin Eubanks is now 37 years old, a professional speaker on trauma, addiction and most importantly, recovery. It all stems from a horrific day 20 years ago.

"It changes you forever, I will never ever be the person I was on the morning of April 20, 1999," Eubanks said.

He was 17 years old when two students opened fire on their classmates at Columbine High School. Eubanks was in the library with his best friend Cory, when they heard what sounded like gunshots but dismissed as fireworks or construction noise.

"Moments later, a teacher went through the same doors we had entered, yelling at everyone to get under the table. Shortly after entering the library, the perpetrators went from section to section, ours was last. I was hit twice and Cory was killed instantly," he said.

Eubanks was prescribed painkillers for his physical injuries, but said, "almost immediately, I started medicating that underlying emotional pain."

He said for 12 years he used drugs and alcohol to escape the grief and trauma, but before he sought treatment.

"When people ask how I found recovery, I tell them it's because I found figured out every way that doesn't work and fortunately I was able to stay alive long enough to do that which isn't often the reality today with the toxicity of the substances that are available," he said.

He said he remained in treatment for 14 consecutive months.

"At age 29, just as clear as day, I can remember going through the stages of grief that I should have been in at at age 17 and 18, but I had effectively paused my emotional healing and growth with substances," he said.

Eubanks now shares his own story to help others. Thursday night, he's the guest speaker at the Fairbanks Circle of Hope Dinner at the Westin Indianapolis.

His main message, "recovery is available to anyone and it's a way to a better life. It takes admitting that you know nothing and trusting someone else enough to believe that they do and doing everything they say for long enough until you come out the other side and that's really what it took for me."